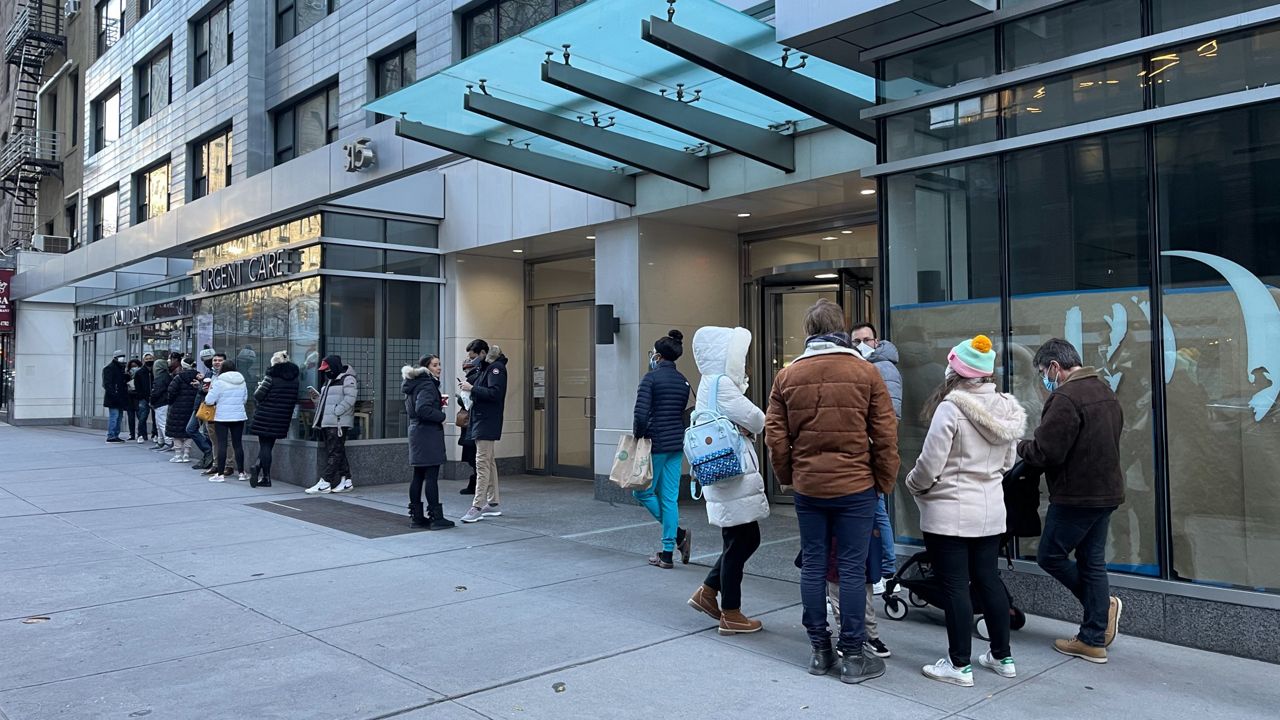 NEW YORK — The surge in COVID-19 cases caused by the omicron variant is leading to longer wait times at testing sites all across the city.

On Sunday morning, there were more than 20 people waiting in line outside a CityMD on West 57th Street in Hell's Kitchen before it even opened.


“I was hoping to have a normal Christmas with my wife and family, but in the middle of the day, her sister said she was not feeling well," Dominic Angiletta said. "So she ended up getting a rapid test despite it being Christmas Day, then it ended up coming back positive."

The latest data from the New York City Department of Health shows Hell's Kitchen has the highest positivity rate per 100,000 residents of any neighborhood in the city. Angiletta works in the neighborhood.

“I’m supposed to work this entire week, so I wanted to make sure that I have the knowledge that I am positive, if that is the case, because I don’t want to expose anybody,” Angiletta said.

Shawn Grant works in the area as well. He arrived hours before the site opened, and said he always makes sure to plan ahead when he comes to this location.

“This site on 57th Street has always been busy — long lines, people waiting to be tested," Grant said. "If you come after 10 a.m., you will not get a number."

There were two lines on Sunday: one with people leaving their names and numbers to be called back, and another comprised of people who were going to wait it out. Grant also thought he was exposed, and was looking to leave his contact information and come back.

“I’m just going to put my name on a list and wait about four to five hours," he said. "And then they call you."

Max Rodonz tested positive for COVID-19 a few days ago and is asymptomatic. He is from Colorado, and said having to quarantine and get multiple tests is not the way he wanted to spend his vacation in New York City.

“It’s like waiting on a long line for anything, but you get to the end and it’s not fun,” Rodonz said.