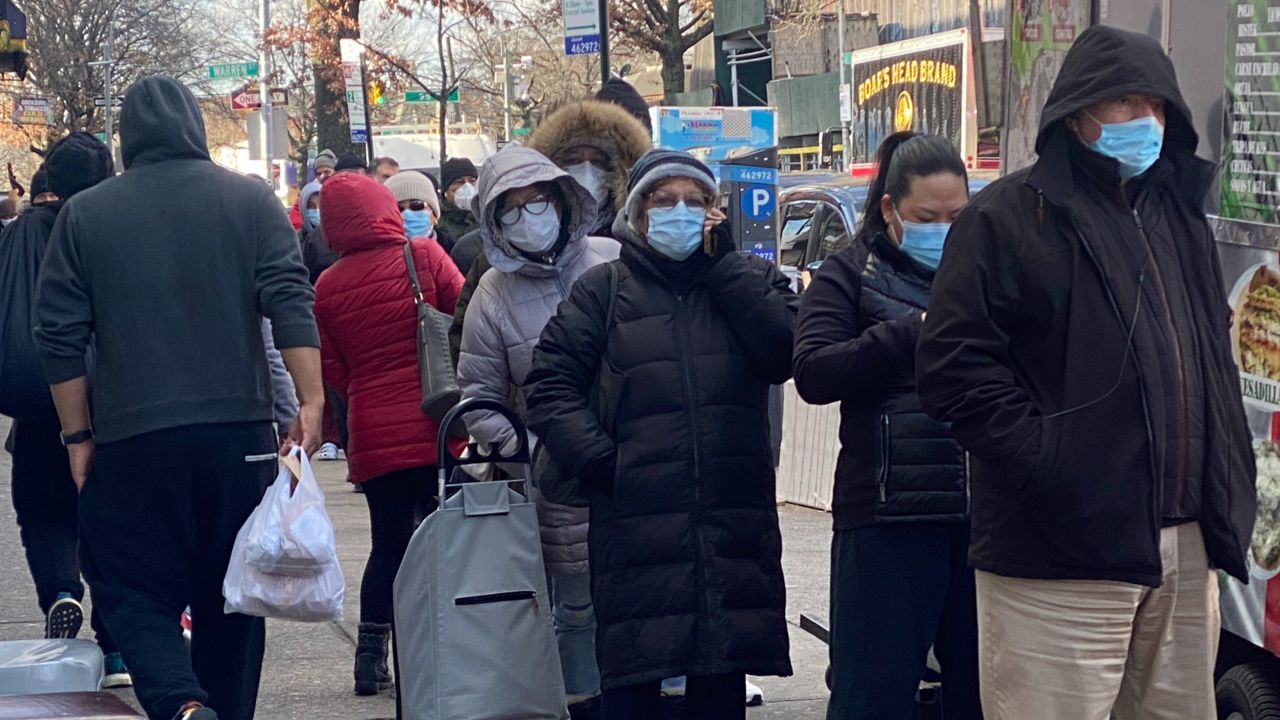 Residents line up to pick up free at-home COVID-19 test kits at a distribution site in Corona, Queens. (NY1/Eduardo Velarde)

New Yorkers will be able to pick up Binax rapid COVID-19 tests at the following sites beginning at 9 a.m., de Blasio announced on Twitter:

Each site will hand out 2,000 kits, the mayor noted. The city is also handing out free at-home test kits at its COVID-19 testing sites.

The push to distribute test kits accompanies the opening of several new testing sites across the five boroughs. The city started handing out free kits at several new sites on Thursday.

Many New Yorkers have been unable to find at-home COVID-19 test kits in stores. Chains including Walgreens and CVS earlier this week limited the number of test kits customers are allowed to purchase at once, citing dwindling supplies and high demand.

Appearing on "Mornings On 1," Chokshi said the city will be receiving more self-test kits to distribute around the city. But while the at-home kits will help alleviate the long lines for a COVID-19 test, he said there is a trade-off.

"They don't show up in our surveillance data in the same way a PCR or other lab based test does," Chokshi said. "So there is that downside. But overall as the health commissioner, I would say the public health benefit of widespread availability to testing and being able to do that as rapidly as possible, the benefits outweigh any downsides."

Chokshi is staying on as health commissioner until mid-March under Mayor-elect Eric Adams. He said he was honored to see the city through this latest COVID-19 wave. Dr. Ashwin Vasan will take over after that.