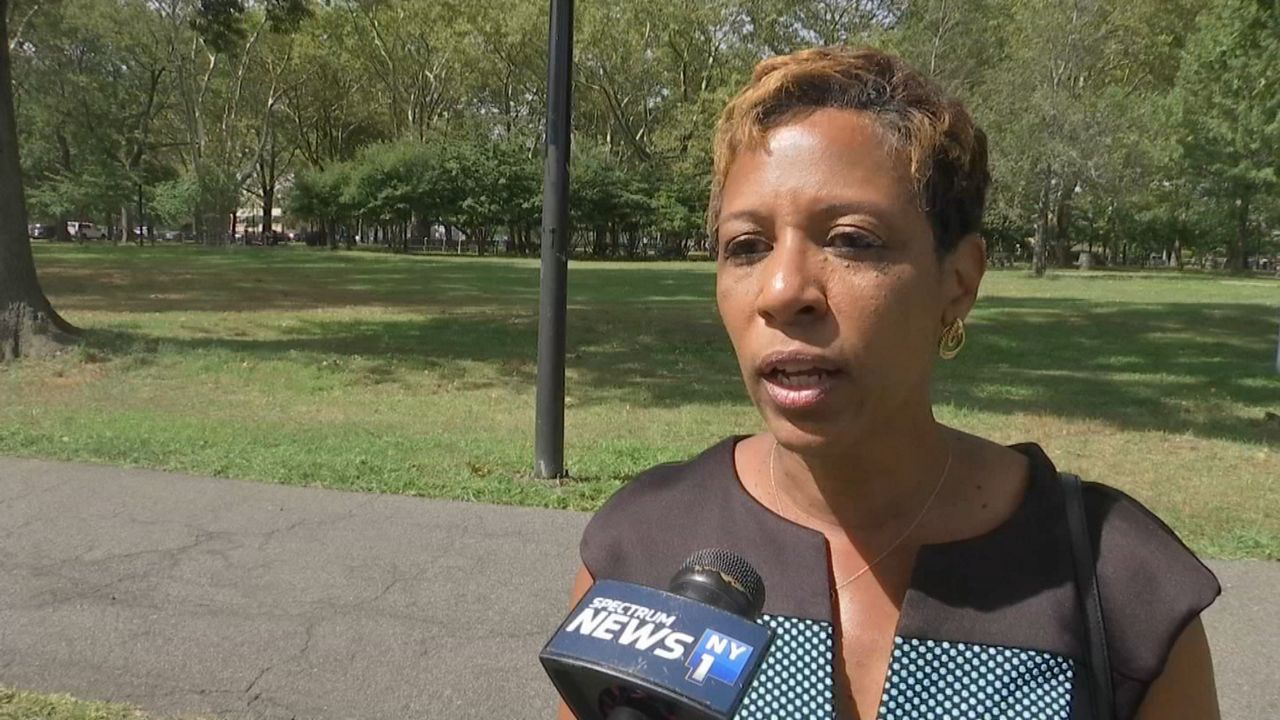 NEW YORK — Councilwoman Adrienne Adams’ path to become the next City Council speaker was cleared Friday as Mayor-elect Eric Adams congratulated her on her historic win and rival Councilman Francisco Moya dropped out of the race.

In a statement posted to Twitter, Moya said it was “clear that I do not have a path to victory.”

I am proud to have brought together a broad coalition of leaders from all corners of the city who supported my campaign as the next Speaker of the City Council. At this point, it is clear that I do not have a path to victory.
🧵thread [1/2]

“[Adrienne Adams] is a dedicated and thoughtful leader who I know will work closely with all councilmembers,” Moya wrote. “I will fully support her leadership as we continue to fight the devastation of the pandemic.”

I have worked alongside Councilmember @AdrienneEAdams1 for many years. She is a dedicated and thoughtful leader who I know will work closely with all councilmembers. I will fully support her leadership as we continue to fight the devastation of the pandemic.
🧵[2/2]

Moya and Adrienne Adams, who were set to face each other in the internal race in January, had both declared victory earlier this week. Shortly before Moya dropped out, Mayor-elect Eric Adams congratulated Adrienne Adams after 33 of her colleagues publicly committed to voting for her.

“After weeks of hearing from incoming Council Members and leaders I trust across New York, I am convinced that Adrienne Adams will be the best choice to lead our City Council forward, and I believe she has the support to do it,” Eric Adams tweeted.

After weeks of hearing from incoming Council Members and leaders I trust across New York, I am convinced that Adrienne Adams will be the best choice to lead our City Council forward, and I believe she has the support to do it.

Moments before Eric Adams' comments, Adrienne Adams released a list of supporters showing she has a majority of the 51-member council behind her bid to lead the legislative body.

“I am honored to have earned the support and the trust of my colleagues to be their Speaker,” Adrienne Adams said in a statement. “Our coalition reflects the best of our city.”

The five-member Republican caucus was not among Adrienne Adams’ backers.

Sources told NY1 that the support of the nearly three dozen people was secured with help from unions like 32BJ and DC37, as well as former rivals Justin Brannan and Keith Powers.

Allies of Eric Adams had been promoting Moya as their preferred candidate for speaker, sources said.

An Adrienne Adams victory could be seen as a blow to Eric Adams’ political capital, but the mayor-elect said Thursday he could work with either speaker candidate.

The momentum has been with Adrienne Adams of Queens, who is not related to the incoming mayor. She would be the council’s first Black speaker and would be leading a historic female majority in the legislative body.

“With that, I’m backing @AdrienneEAdams1 to be Speaker of our historic women majority City Council. She will lead our work in 2022 + beyond w/ honor,” Rivera tweeted.

Rivera was a last holdout among the speaker hopefuls.

Four other candidates, Brannan, Powers, Diana Ayala and Gale Brewer, this week abandoned their bids and threw their votes — and those of their coalitions — to Adrienne Adams.

Moya had four colleagues publicly committed to him as well as the backing of external players who believed the next council speaker should be Latino.

Adrienne Adams did not respond to NY1's requests for an interview.

She did preview her priorities at a NY1 candidates’ forum earlier this month:

“As speaker, I would continue to support the vaccine mandates to save lives for New Yorkers,” Adams said.

“New York is the only jurisdiction to have put an end to qualified immunity," she also said. "Through my committee, we got that done.”

The batch of 33 Adams supporters, a list that will likely now grow, did not include the five members of the Council’s Republican conference. It did include the five liberal woman members who in an open letter had implicitly criticized Eric Adams’ backing of Moya, saying, "It’s time to break up the old boys club."

Today, I’m joining with my sisters to invite our colleagues to join our call for the next City Council Speaker to be a woman of color who will have the backs of working class New Yorkers.