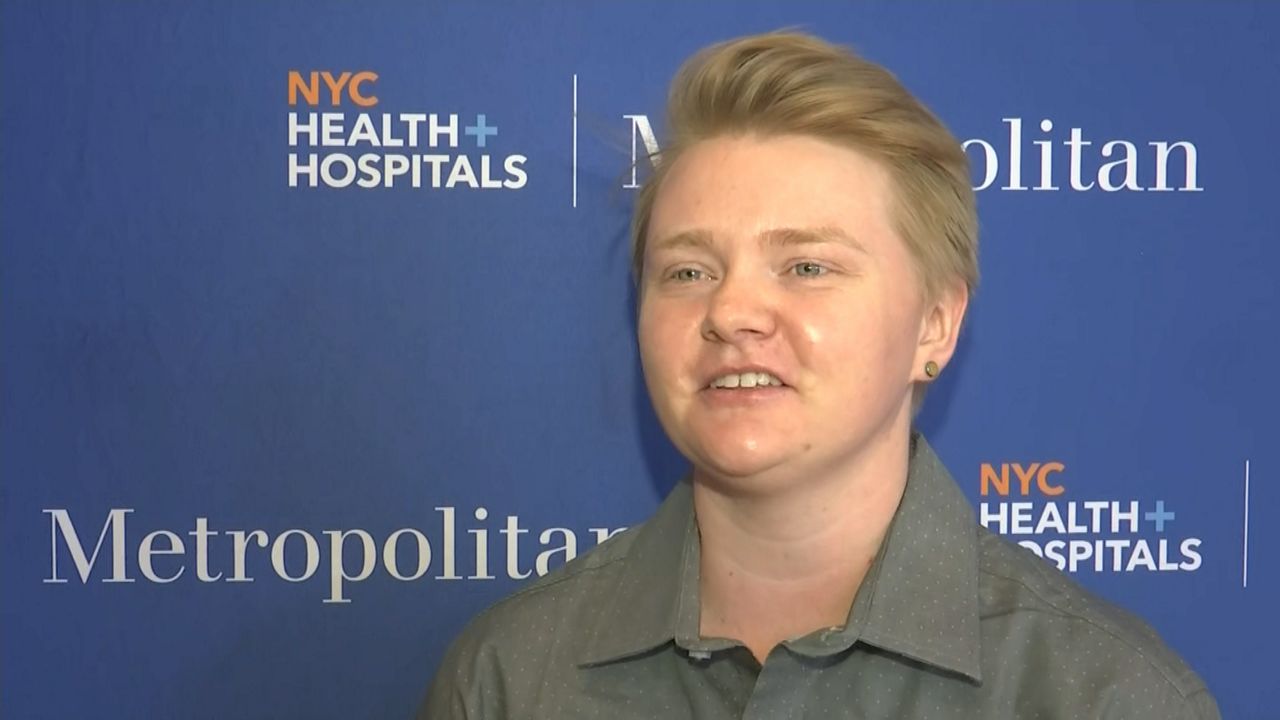 "l'm feeling great, actually,” Maguire said. “The overall post-operation has been much easier than I expected. It's been very minimal pain and I've bounced back so fast."

Dr. Aron Kressel is the chief of plastic surgery.

"This is a life altering experience and process for them,” Dr. Kressel said. “They've been through years of living a life that they haven't felt they're really in the right place, and by doing this surgery we've helped them emotionally and physically."

Maguire, who is non-binary and uses the pronouns they/them, had masculinizing top surgery last month.

"Dr. Kressel and NYC HH have been incredible,” Maguire said. “They made this process super easy. Even though there have been bumps in the road, they've been there for me and done everything they can to give me the care that I need.”

More than half of the gender affirming surgeries performed at Metropolitan occurred in the last three years. Maguire called it life changing.

“I’m the 100th person, and that's awesome, but I think it shows that it's just going to keep the ball rolling,” they said.

Metropolitan has kept the ball rolling since 2014, when they became the first public hospital to open a health center dedicated to the needs of the LGBTQ community.

“Part of the reason we started this is I was seeing patients a couple of years ago that said, ‘I had to wait a year or two just to see the doctor and another year or two to actually be scheduled,’ which for me in New York City is sort of really just hard to believe, given the number of institutions,” Dr. Kressel said. “But for whatever reasons, it was happening and it's just not fair to these people."

Patients call the place a safe space where they can be themselves and get the health care and support they need.