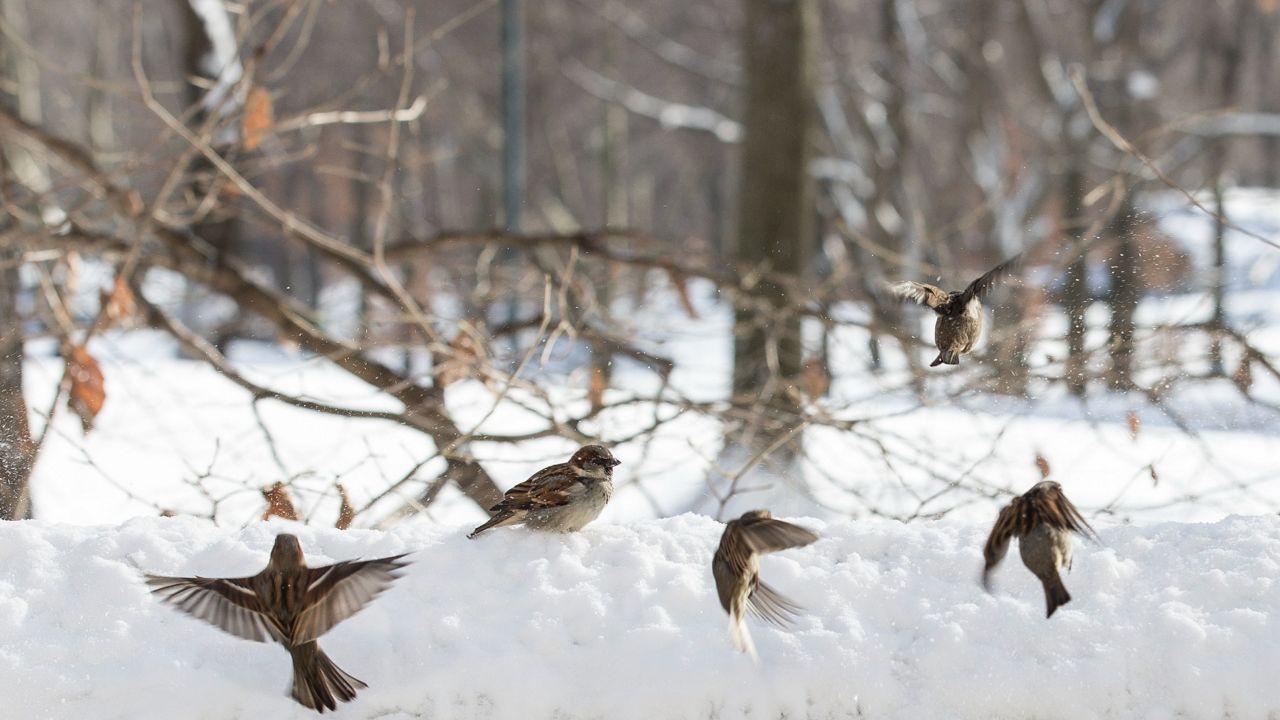 High schoolers take to city parks to hunt for viruses

New York City is a well-traveled stop on the Atlantic flyway, a migratory path used by more than 200 bird species annually, since before the city was even a blip on the map for humans.

“They actually come and blend in our parks when they're coming down from north to south and doing their migration,” said Isabel Francisco, a postdoctoral veterinary fellow at Mount Sinai’s Icahn School of Medicine. “You got a lot of animals and people passing through just a lot of traffic all the way through.”

According to the NYC Audubon, more than 400 species have been recorded in the city. While the array of birds are a much sought after sight for many, birds are also efficient transporters of diseases like salmonella and the flu.

There is a robust global influenza surveillance program, but Marizzi said much of the specimen collection typically happens outside city centers.

“As far as I know for influenza research, there has not been a research program just really focusing on urban birds and urban wildlife,” said Marizzi, chief scientist of the science non-profit Biobus.

Marizzi and Francisco are working to change that with the help of community scientists. Through a partnership between Mount Sinai’s Icahn School Of Medicine, Biobus and the Wild Bird Fund on the Upper West Side, the New York City Virus Hunters program was born in the fall of 2020.

“We were really trying to do public programming and the number one thing we heard from the students was, ‘I feel powerless,’ you know? ‘I'm sitting at home with nothing to do,’” said Marizzi.

Bronx resident Shatoni Bailey is one of the program's five student interns. She is a senior at Central Park East High School.

Bailey said the internship offered her a unique opportunity to help in the midst of a pandemic. “I was like, hmm, maybe this project will help me understand what's actually going on in the world.”

They are exploring whether avian influenza is present in birds flying through the city’s parks. The flu is a virus many experts predict could fuel the next pandemic.

“We're looking for bird poop, not too dry, because when it's wet, we can know that there's, viruses, live in it,” said Bailey as she looked for specimens to collect in Central Park.

So far, they haven’t found the flu, but they have identified several other pathogens, even releasing a paper documenting their discovery of Newcastle Disease virus found in rock doves, also known as pigeons. It’s generally harmless to humans, but can have economic impacts.

“If those birds migrate, but don't show the disease, they might or might not actually come close to a poultry farm,” said Marizzi. “All those birds might have to be culled. There actually have been outbreaks in the United States before.”

Francisco and the students test the specimens in virologist Florian Krammer’s lab. He says their discovery shows how little we know about urban birds and highlights the need for monitoring to stay ahead of the next pandemic. They hope other cities and towns follow their example.

“There are a lot of viruses out there that could jump into humans, right? And for most of them, we don't have a surveillance system. But I think the most important thing here is also not just getting the samples and understanding what's around in the city, but also getting the community involved,” said Krammer.

Training the next generation of scientists to fight future pandemics is also part of their mission.

Particularly, they hope to reach students from ethnicities typically underrepresented in fields like virology. The more vantage points, the better.

“We really try to get students who might not see themselves in the science profession right now, just really get them seeing themselves as, ‘Oh yeah, I'm able to do this,’” said Francisco.