BROOKLYN, N.Y. — The Cherry Esplanade at Brooklyn Botanic Garden has a totally different look, transformed into a Sea of Light. Visitors to the garden walk along a path through an illuminated Winter Cathedral Tunnel.

It’s all part of Lightscape, an illuminated extravaganza featuring one million lights over a mile long trail through the garden, with a curated soundtrack along the way.

"What we have done here is taken a place that is normally cold and empty on winter nights and fill it with life, giving people something fun to do at night time,” said Adrian Benepe, President and CEO at the garden.

The show originated in England nine years ago at Royal Botanic Gardens Kew and features works by artists from all over the world and from New York. There are plenty of light sculptures, but also the garden's natural works of art – trees, are illuminated by artists. The show took around a month to install. 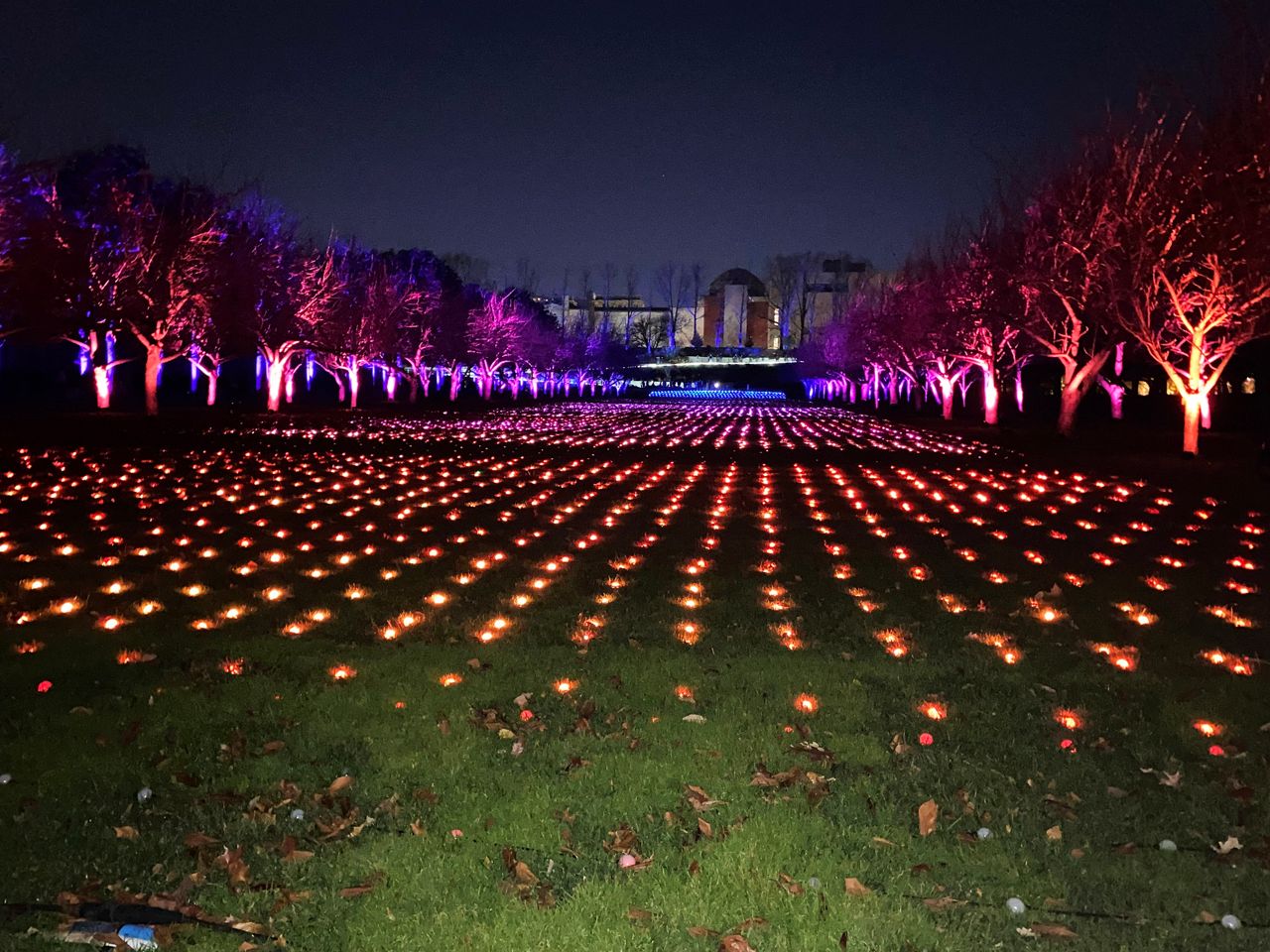 "It's magical,” said visitor Gale Cantor of Brooklyn, who says she has never quite seen the garden this way before.

Her friend Susan Zuckerman of Westchester was visiting for the first time.

“It's beautifully done, the colors, the music, the arrays of different things at every turn,” said Zuckerman.

Among the features that will surprise and delight is the Fire Garden. More than 200 candles made daily in a wax room at the garden, with a crew on hand to keep them lit throughout the night.

"It's a really great addition because they have so many different types of light and fire is definitely the most mesmerizing of all of them,” said Tre McManus, Flame Effects Operator for the Fire Garden.

Not far away there is some more fire to make the classic snack s'mores.

It’s all part of the experience at Lightscape which runs at the garden through January 9.

"We like to think this is a great new tradition for the holidays here in New York City,” said Benepe.

To plan your visit, head to bbg.org.