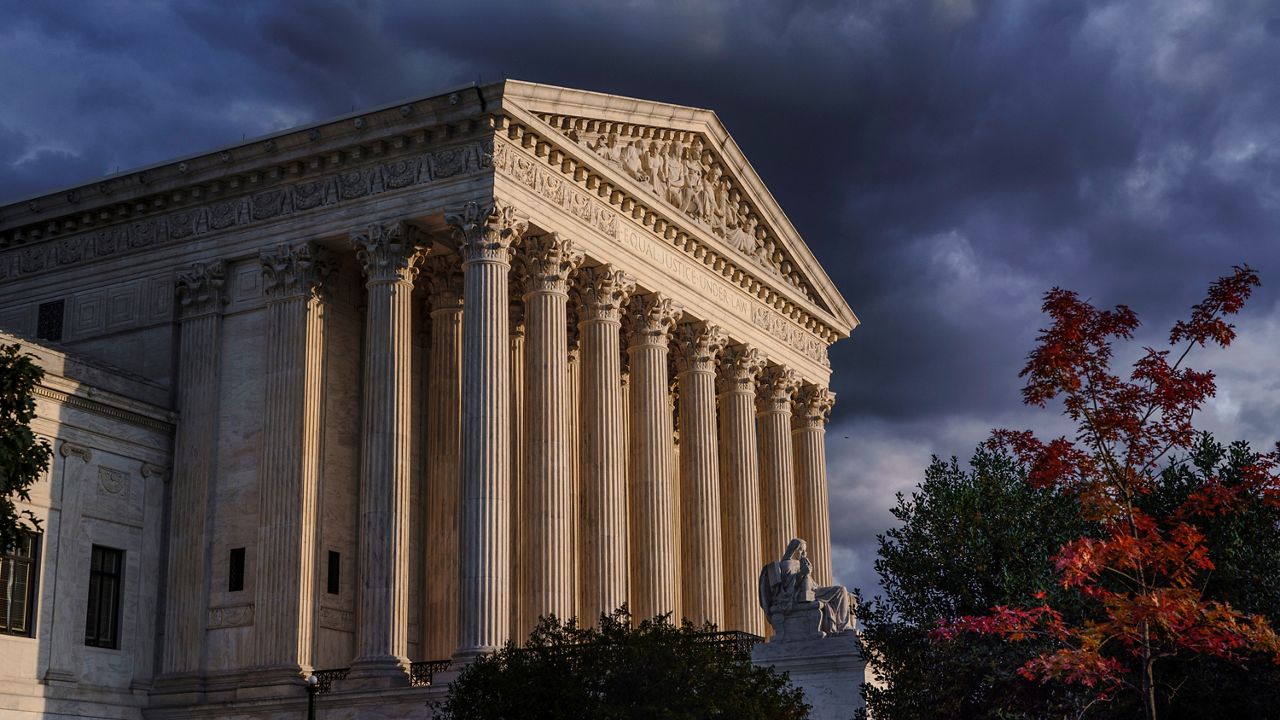 The Supreme Court ruled Friday that Texas abortion clinics can challenge the state's six week ban on abortions, but allowed the law to remain in effect in the meantime.

The law, also known as S.B. 8, bans abortions in the state when a fetal heartbeat is detected, usually around six weeks, before some women know they are pregnant – and makes no exceptions for rape or incest. The bill was signed into law in May by Republican Gov. Greg Abbott and has been in effect since September.

The question before the court was not one regarding the law's constitutionality, but rather was a challenge to its unusual enforcement structure – the law allows private citizens, rather than a state official, to sue a person who "aids or abets" an abortion performed after a fetal heartbeat is detected.

BREAKING: The Supreme Court is allowing Texas abortion providers to pursue their legal challenge to Texas' six-week ban on abortions. Under scrutiny is how the law gives enforcement responsibility to private citizens rather than the state. https://t.co/0fguXhXOHk

In a concurring opinion, Chief Justice John Roberts argues that the state is attempting to subvert Marbury v. Madison, the 1803 case which established the principle of judicial review in the United States, a central tenant of the Judicial Branch.

"The nature of the federal right infringed does not matter; it is the role of the Supreme Court in our constitutional system that is at stake," Roberts wrote.

The move by the high court punts the case back down to a lower court, where battles over the controversial abortion law – the most restrictive in the nation – will no doubt continue.

A federal judge already blocked enforcement of the near-total abortion ban, but a higher court – the 5th U.S. Circuit Court of Appeals – has already twice voted to uphold the law.

The ruling is, at best, a partial victory for abortion providers and pro-choice advocates, as it keeps the controversial law in effect for the time being.

"In this preliminary posture, the ultimate merits question — whether S. B. 8 is consistent with the Federal Constitution — is not before the Court," Justice Neil Gorsuch, an appointee of former President Donald Trump, wrote in the decision. "Nor is the wisdom of S. B. 8 as a matter of public policy."

The justices, in a 5-4 decision earlier this year, previously declined to block the law from going into effect, without ruling on its constitutionality.

Justice Sonia Sotomayor, in a partial dissenting opinion Friday, did not mince words about the court not striking down the law.

"The Court should have put an end to this madness months ago, before S. B. 8 first went into effect," she wrote. "It failed to do so then, and it fails again today."

“I would just like to reiterate that the president is deeply committed to the constitutional right recognizing Roe v. Wade,” Psaki said. “And he has argued and advocated in the past for codifying Roe through passing the Women's Health Protection Act. And the ruling this morning is a reminder of how much these rights are at risk.”

In its first month of operation, a study published by researchers at the University of Texas found that the number of abortions statewide fell by 50% compared with September 2020. The study was based on data from 19 of the state’s 24 abortion clinics, according to the Texas Policy Evaluation Project.

The high court's ruling comes one day after a state district judge ruled that the enforcement mechanism of Texas' abortion law violated the state's constitution.

Thursday’s decision by Judge David Peeples says the ban unlawfully delegates state power to the public by enlisting private citizens to sue anyone who helps a woman get an abortion after about six weeks of pregnancy. Those who succeed could win a minimum of $10,000. It's not clear whether clinics will resume performing abortions past the legal limit. Peeples did not issue an injunction to block the law.

Instead, he made clear his ruling is about the law’s enforcement "scheme," not abortion rights.

“The federal abortion issues have been left to the federal courts,” he said. “And therefore this court will consider only SB8′s new and unique set of civil procedures.”

The court on Friday also rejected the Biden administration's lawsuit challenging the law, though Justice Sotomayor dissented with that decision.