A controversial plan to rezone parts of the historic neighborhoods of SoHo and NoHo is one step closer to becoming reality after a key City Council committee voted Thursday to move it forward.

The council’s Land Use Committee voted 15-1 in favor of the proposal, which advocates say would add about 3,000 new residential units, including up to 900 subsidized apartments for low- and middle-income New Yorkers, to two of Manhattan’s wealthiest neighborhoods.

Councilwoman Inez Barron, who represents parts of Brooklyn, including East New York, New Lots, and Starrett City, was the sole committee vote against the proposal.

“[This] marks a critical change to the city’s historic practice of focusing neighborhood rezonings in communities of color, moving us towards a more equitable future where all neighborhoods contribute their fair share in our ongoing fight against the housing crisis facing New York City,” said Councilwoman Carlina Rivera, who represents the impacted areas of NoHo. 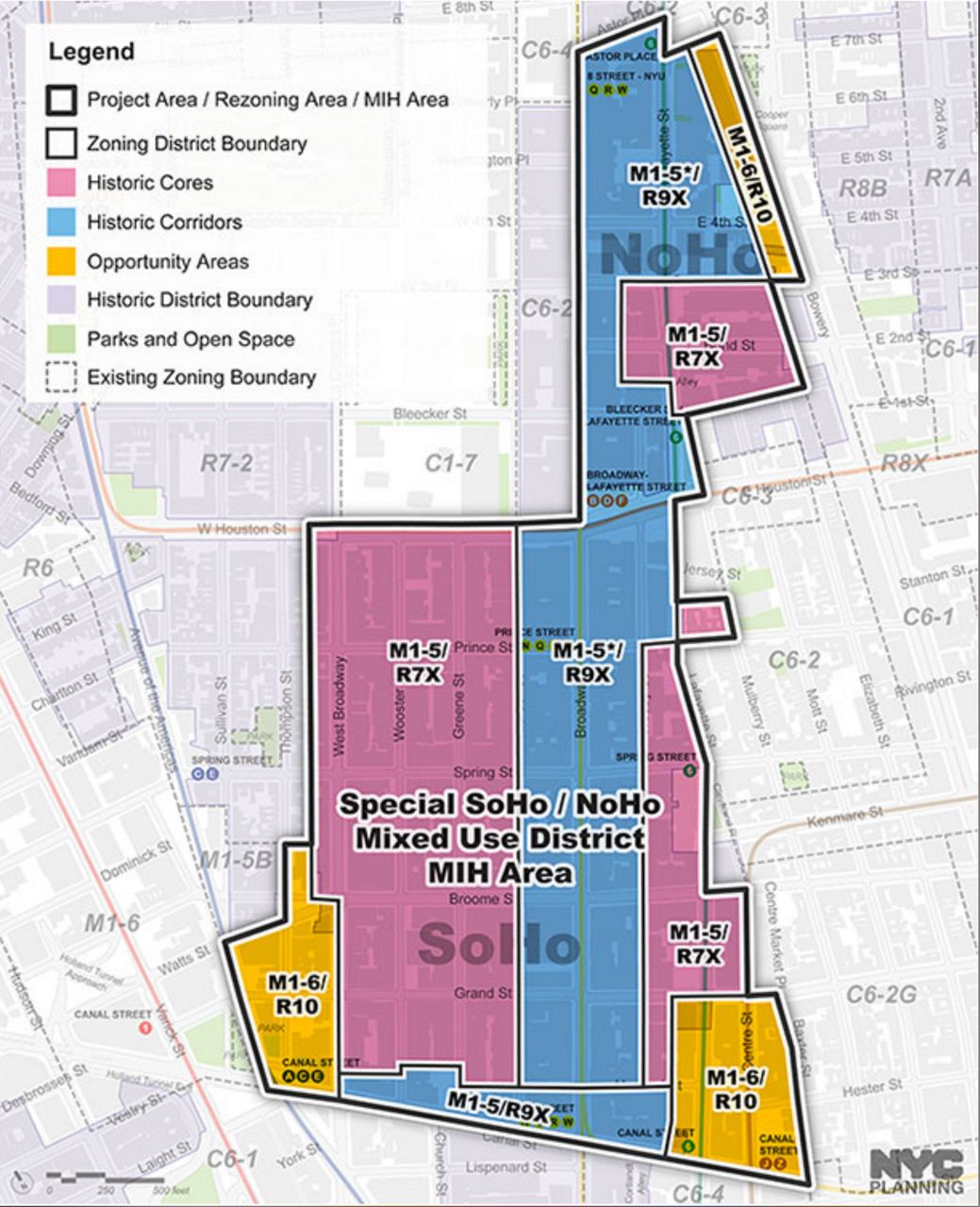 A map of the area proposed for rezoning. (Department of City Planning)

But the proposal faced an uphill battle for more than a year with opponents arguing that the change would result in taller buildings that would drastically alter the cultural integrity of the historically artistic neighborhood.

There is also debate around how many affordable housing units would be created under the plan.

“We are disappointed that the carefully researched and documented flaws in this upzoning plan were not addressed in any meaningful way,” Jeannine Kiely, chair of Community Board 2, which recommended the city reject the plan, said in a statement. “We welcome affordable housing, but we remain concerned about displacement of low-income residents, including seniors aging in place and the demolition of their homes for lucrative luxury housing and commercial development.”

The mayor has said the proposal would offer greater flexibility for ground floor use by businesses and arts and cultural organizations, while encouraging the creation of affordable apartments.

The plan is expected to be voted on by the full council next week, according to a City Council spokesperson.