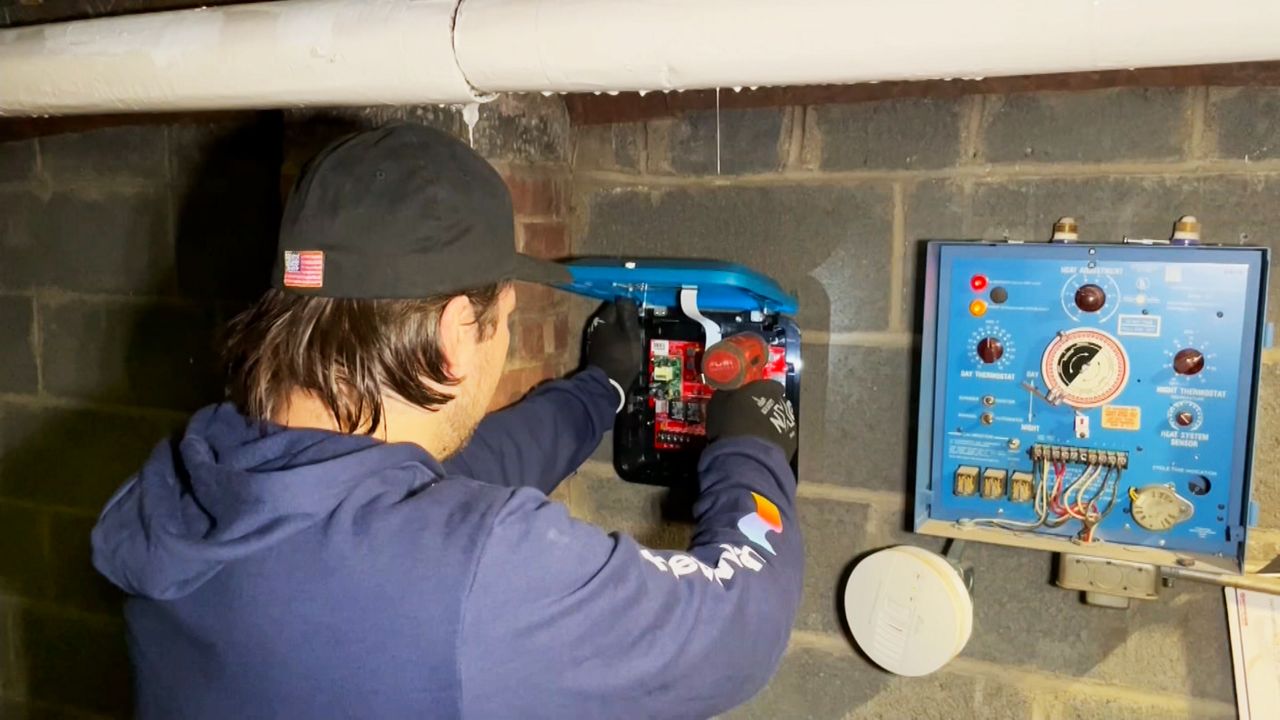 A WiFi-enabled sensor is installed by the boiler control panel of a New York City building. (NY1 photo)

NEW YORK — Some boilers in the city are getting a facelift. An upgrade provided by the company Runwise could help buildings save up to 20% in energy costs and avoid temperatures higher than needed inside apartments.


"Our vision is to stop this overheating, and stop this unnecessary pollution and run a more sustainable New York City and any other city that we work in," Jeffrey Carleton, CEO of Runwise, said.

WiFi-enabled sensors installed by the boiler control panel and in apartments help better gauge the real heating needs and avoid wasting energy. The company said it has already installed its technology in about three thousand buildings in New York and the New England area.

"New York City, 70% of the emissions come from buildings. In New York State is 30%. So buildings is really the nut we need to crack in New York if we are going to decarbonize," Kate Frucher, Managing Director at The Clean Fight, said.

The Clean Fight is a state nonprofit helping companies like Runwise to scale up their operations. The city is aiming at reducing greenhouse gas emissions from buildings by 40% in 2030 and by 80% in 2050.

Another company supported by The Clean Fight is Radiator Labs. By installing covers for radiators and controlling the release of steam, an apartment building in SoHo could also save up to 20% in energy costs.

"With this simple retrofit we can largely decarbonize the buildings, make them much more comfortable and much more efficient," Matthew Isaacs, Vice President of Business Development at Radiator Labs, said.

The boilers still run on natural gas, a fossil fuel, so these technologies are small but efficient temporary fixes putting buildings on the road to decarbonization while renewable energy sources go full steam.

"New York has one of the most exciting environments right now for innovation in the clean energy space. I think we are really poised to be one of the leaders, but we have to do it fast," Frucher said.

It is up to landlords, business owners and tenants to contact companies like these and help the city hit its emissions targets.