The finishing touch on Brooklyn Bridge Park is here

Now there will be even more access to that iconic vista, from the new Emily Warren Roebling Plaza, the final component of the 85-acre Brooklyn Bridge Park. The final section of the more than one-mile-long waterfront park will open later Thursday after a ribbon-cutting ceremony.


"It's a huge milestone for us, for the borough, for the city, and it completes the park as originally designed,” Brooklyn Bridge Park President Eric Landau said.

The two-acre space, located under the famous bridge, connects the DUMBO portion of the park north of the bridge with the southern piers portion that runs all the way to Atlantic Avenue. 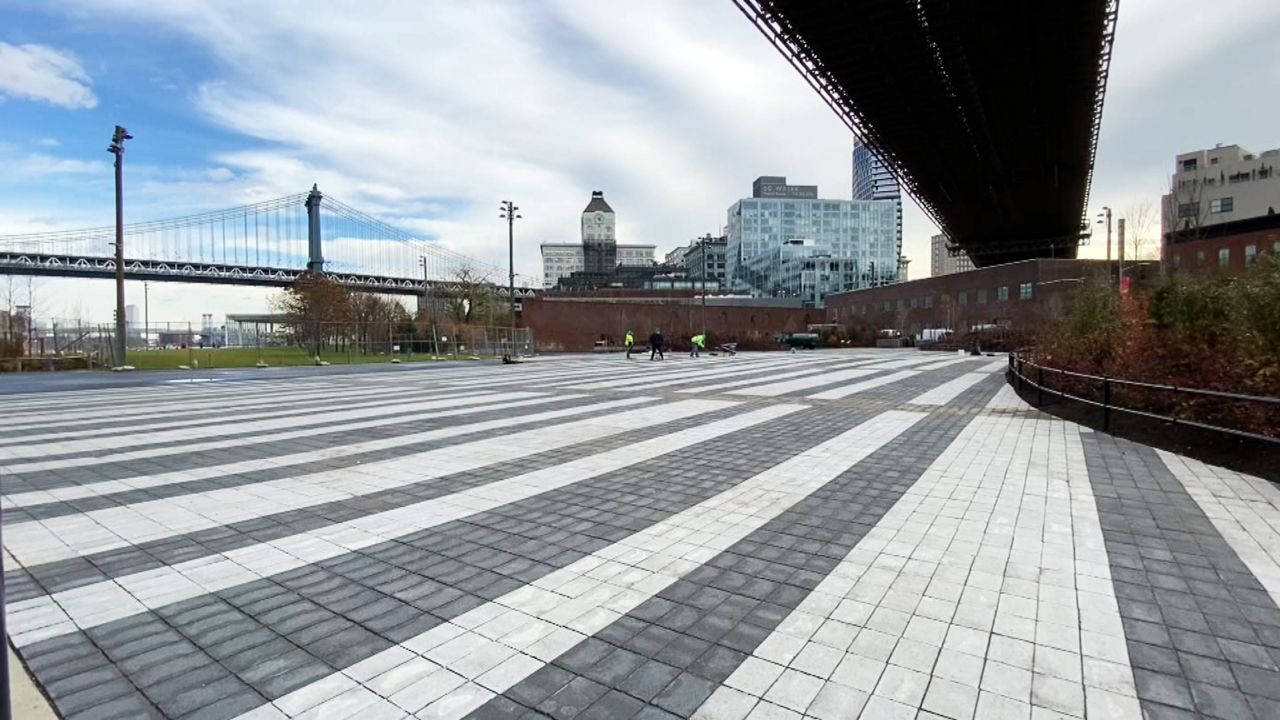 Pavers along the last section of Brooklyn Bridge Park mimic the iconic span above. (NY1 photo)

The new area of park gives visitors access all around the bridge’s Brooklyn Tower. In a nod to the park's namesake, noted landscape architect Michael Van Valkenburgh and team designed a paving pattern that practically mirrors the bridge above.

The space is a tribute to the bridge and to Emily Warren Roebling, an engineer who supervised the completion of the world-renowned span after her husband Washington Roebling became ill. He was the bridge's chief engineer and son of bridge designer John Roebling. She was the first person to cross the bridge in a carriage when it opened in 1883.

"It feels really fitting to us,” Landau said. "The Brooklyn Bridge would not have been completed without Emily Warren Roebling, and Brooklyn Bridge Park was not completed until we finished the plaza that now bears her name."

It's the end of a journey that began decades before ground was broken on the first section of the park in 2008. A vision was to turn a former cargo shipping and storage complex along the East River Waterfront into a park. The first section opened in 2010. The park is now more than a mile long and attracts millions of visitors each year from around the world.

"This area was in some respects, especially the piers themselves, they were an industrial wasteland,” Landau said. "Now they have been turned into this incredible 85-acre urban oasis that New York City and beyond truly, truly loves."