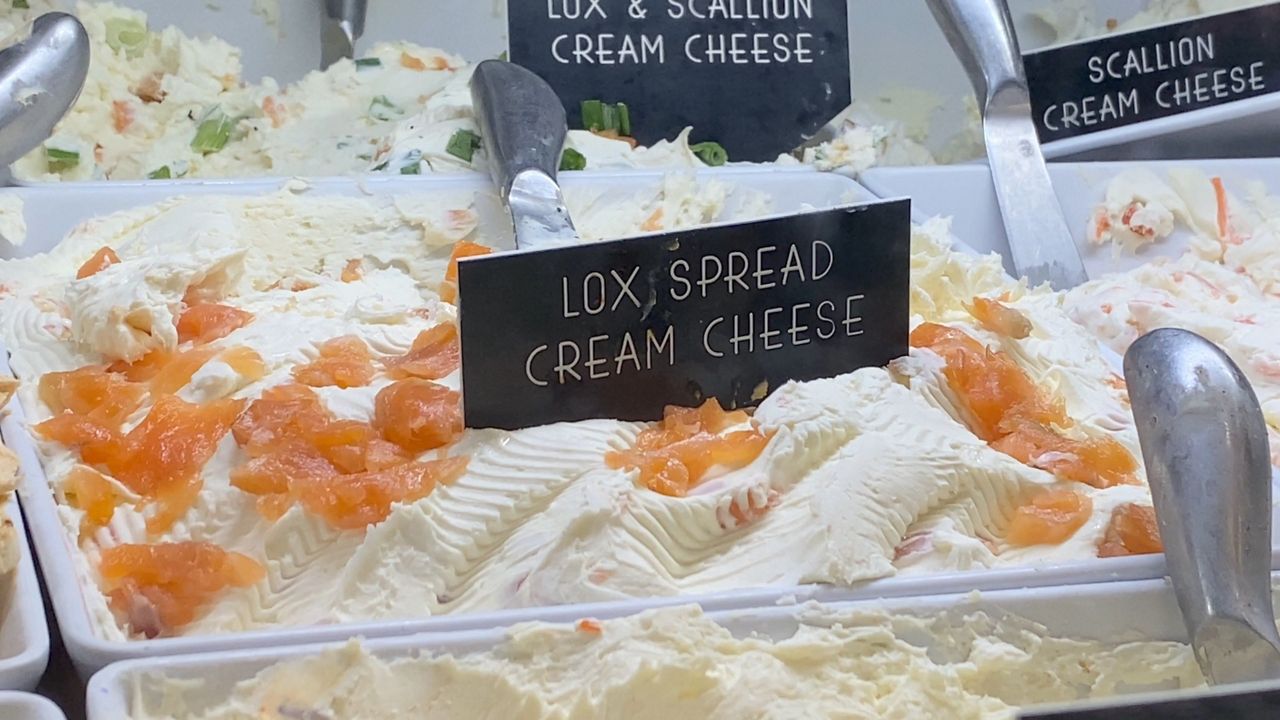 Bagel shops across the five boroughs report that they are having trouble restocking cream cheese. (NY1/Arnold Davick)

NEW YORK — Yet another industry is being impacted by supply chain issues, and this one hits particularly close to home for New Yorkers.

A fresh bagel with cream cheese is a New York City staple, but bagel shop patrons might run into some issues getting the latter half of the combo. Outposts across the five boroughs report that they are having trouble restocking cream cheese.

Frank Mattera, the owner of Bagelsmith in Williamsburg, said he first noticed the shortage two weeks ago.

“I went to North Jersey the other night to pick up cream cheese, because no one has it New York," Mattera said. "Picked up almost a thousand pounds that night."

A shop in Greenpoint is also experiencing similar issues. Operational manager Sam Kaplan said they have also had to travel outside of the state to refill their supplies.

“What we have right now is probably going to last us for another week, and then we’re just right now scrambling just to get some Philadelphia cream cheese,” Kaplan said.

The owners' distributors have given different reasons for not being able to complete orders, all of which are related to the supply chain issues that have affected retailers and other businesses.

On Sunday, both Brooklyn shops were busy, with many customers unaware of the shortage. Now, bagel shop operators around the city are hoping to see a turnaround before they’re all out of schmear.