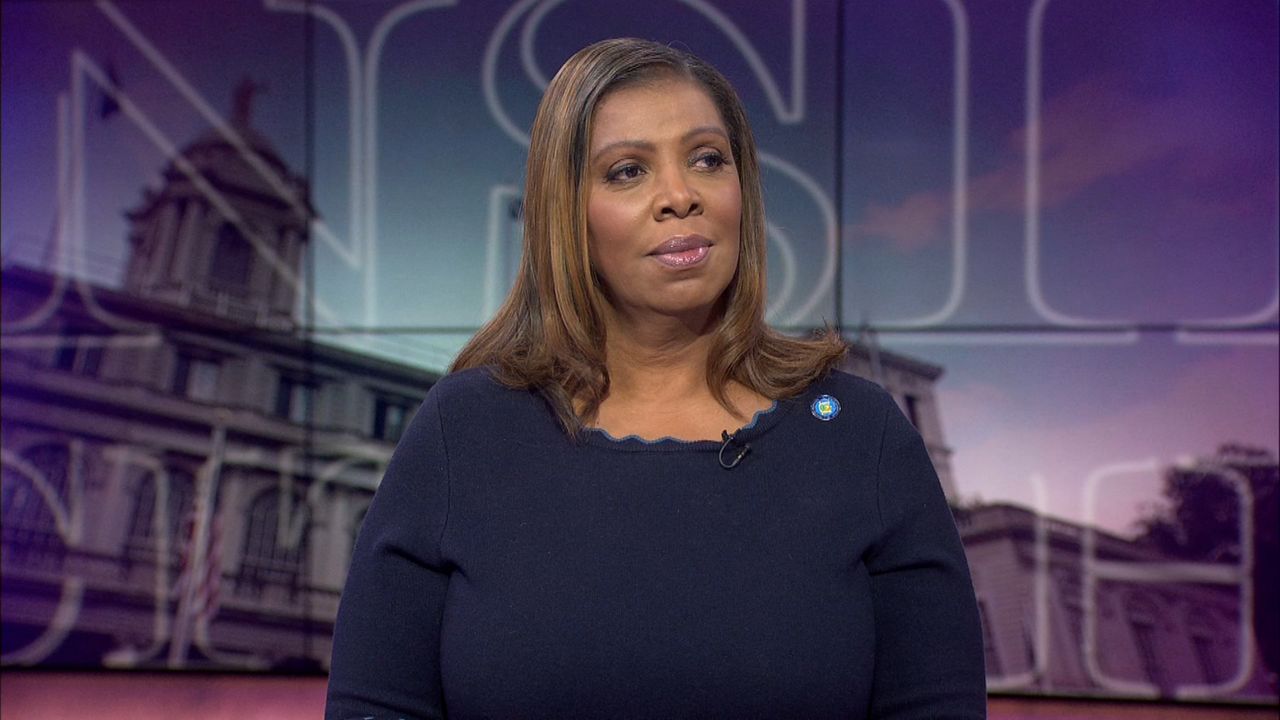 During an appearance on “Inside City Hall” Thursday evening, Attorney General and candidate for governor Letitia James called for a statewide mask mandate to prevent the spread of COVID, something Gov. Kathy Hochul has been reluctant to do.

“We can do better in the state of New York. We should issue a mask mandate. We should roll out census workers to go door to door. Individuals who are living in public transportation deserts, we should have mobile vans,” James told NY1 political anchor Errol Louis.

During an appearance on @InsideCityHall with @errollouis, @TishJames calls for a statewide mask mandate, something @GovKathyHochul has been reluctant to impose. James is challenging Hochul for Governor.

James was also asked about her bombshell sexual harassment report this summer, which led to the resignation of former Gov. Andrew Cuomo. Critics say the report looks politically motivated, since James is now herself running for governor.

“So the report, again, was done by two independent attorneys outside of my office,” James said. “The report was validated and corroborated by the New York State Assembly. And we’ve released the transcripts, we released the evidence most recently because the former governor himself said release the transcripts. And we did.”

Earlier in the day, at her first major campaign event since announcing that she was running for governor last month, James said New Yorkers are ready for a change in leadership.

“I’m running for Govervor because I believe in change. The status quo will not do,” says @TishJames pic.twitter.com/yVh5lZiCM8

With Tom Suozzi now in the race and drawing support from his backyard on Long Island, winning the suburban county of Westchester could prove critical in a statewide race. Gov. Hochul and Public Advocate Jumaane Williams are also running on the Democratic side and would love Westchester votes.

“Outside of New York City, the single biggest story that was the opposite of the red tide was our success here in Westchester County in pushing back against a false narrative and having success as Democrats in this suburban county,” Latimer explained.

In her first big campaign event since announcing that she is running for Governor, ⁦@TishJames⁩ receives the endorsements of ⁦@RyeGSL⁩ and other Westchester elected’s in White Plains pic.twitter.com/7TKE82mRYi

We asked James if Latimer was on her short list as a running mate for lieutenant governor.

“At this point in time, we are vetting a number of candidates, but it’s really critically important that we have someone who shares the same values, and someone who believes in getting things done,” James said.