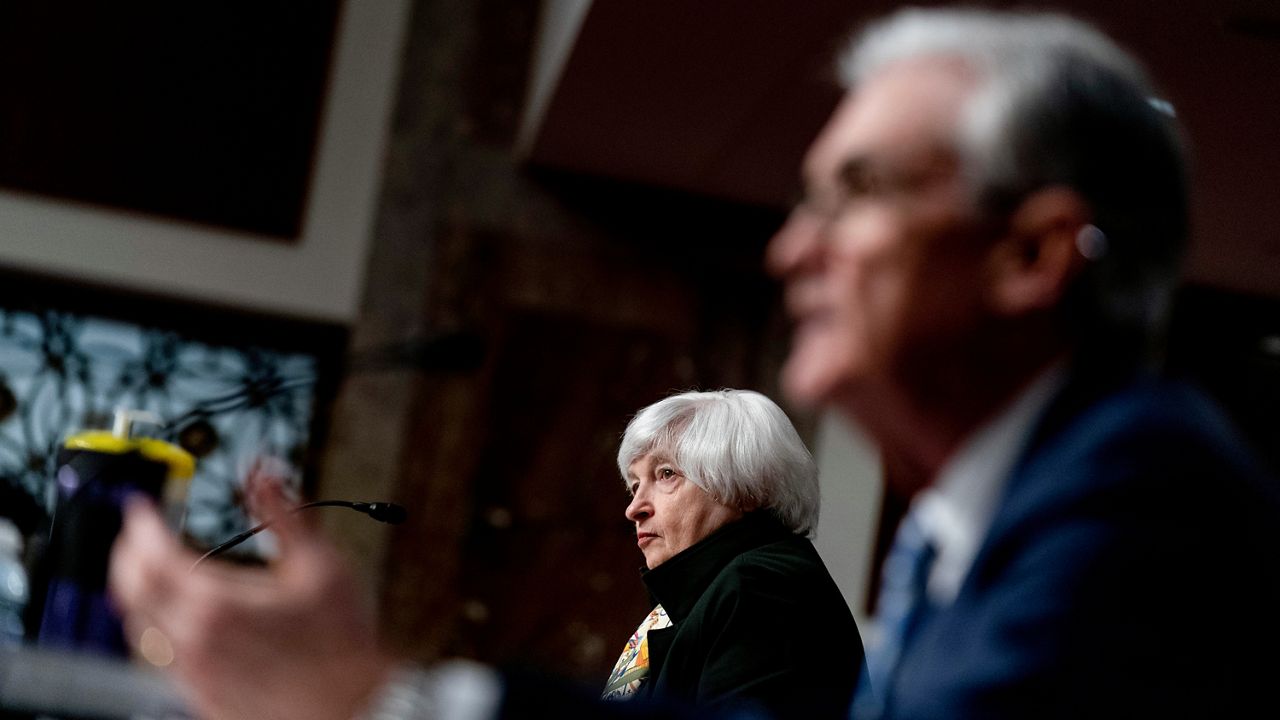 Testifying before the Senate Banking Committee on Tuesday, Treasury Secretary Janet Yellen and Federal Reserve Chair Jerome Powell said that the economic recovery from the COVID-19 pandemic continues to be strong under President Joe Biden, but the omicron variant may present some new challenges to the U.S. economy.

"I am confident that our recovery remains strong and is even quite remarkable when put it in context," Yellen told the panel.

And the economic recovery of the United States is indeed trending positively: The U.S. economy has added an average of more than 500,000 jobs per month, driving unemployment to a low of 4.6%, compared to the peak of 14.8% in April of 2020.

"As with overall economic activity, conditions in the labor market have continued to improve," Powell said.

But a number of challenges could threaten the country's economic recovery, including the newly discovered omicron variant, which has raised global fears and concerns. Yellen urged Americans to get vaccinated and get booster shots to combat the new variant.

Rising inflation, which reached a three-decade high in October, is also a concern, driven in part by supply chain issues and labor shortages.

Powell said that the Fed may dial back some of its low-interest rate policies to counter rising inflation.

The Fed has begun reducing monthly bond purchases, with the intent of driving down longer-term borrowing costs, at a pace that would end those purchases in June of 2022. But Powell made clear that Fed officials will discuss paring down those purchases more quickly during its upcoming December meeting, with them possibly ending in the spring instead.

“At this point, the economy is very strong and inflationary pressures are higher, and it is therefore appropriate in my view to consider wrapping up the taper of our asset purchases, which we actually announced at the November meeting, perhaps a few months sooner,” Powell told the panel. “I expect that we will discuss that at our upcoming meeting.”

Stocks fell on the news, with the Dow Jones down about 1.5% in mid-day trading. Investors were hoping that Powell would signal that the Fed would pospone policy changes until officials learned more about the impact omicron might have on the economy.

He strongly implied instead that the Fed is trending toward reducing economic stimulus.

But the emergence of the omicron variant could complicate Powell's economic recovery plan.If the variant shuts down workplaces, more resignations and layoffs could follow, leading to an increased labor shortage. And if ports and factories shut down, supply chain bottlenecks could worsen.

"The recent rise in COVID-19 cases and the emergence of the Omicron variant pose downside risks to employment and economic activity and increased uncertainty for inflation," Powell said. "Greater concerns about the virus could reduce people’s willingness to work in person, which would slow progress in the labor market and intensify supply-chain disruptions."

Facing tough from lawmakers about inflation Tuesday, Powell said it might be time to retire the phrase "transitory" which officials have used to describe the rise in consumer goods and services. Powell has used it to mean that it will not have a permanent impact on the economy.

"The word transitory has different meanings for different people," Powell said. "To many, it carries a sense of short-lived. We tend to use it to mean that it won’t leave a permanent mark in the form of higher inflation."

"I think it’s probably a good time to retire that word and try to explain more clearly what we mean," he added, before vowing that the Fed will continue to fight back against inflation.

"You’ve seen our policy adapt and you’ll see it continue to adapt," he said. "We’ll use our tools to make sure that higher inflation does not become entrenched."

Powell acknowledged that while most economists predict that inflation will decrease over time, he admitted that it "imposes significant burdens, especially on those less able to meet the higher costs of essentials like food, housing and transportation."

He did also note that "factors pushing inflation upward will linger well into next year."

Yellen also warned that Congress must take action to address the debt limit by Dec. 15 or the country will not be able to pay its bills. A default on its debts would be the United States' first in its history, and could have a devastating effect on the global economy.

“I cannot overstate how critical it is that Congress address this issue,” Yellen said. “America must pay its bills on time and in full. If we do not, we will eviscerate our current recovery.”

Congress is expected to address the debt limit as well as a deadline to fund the federal government this week.