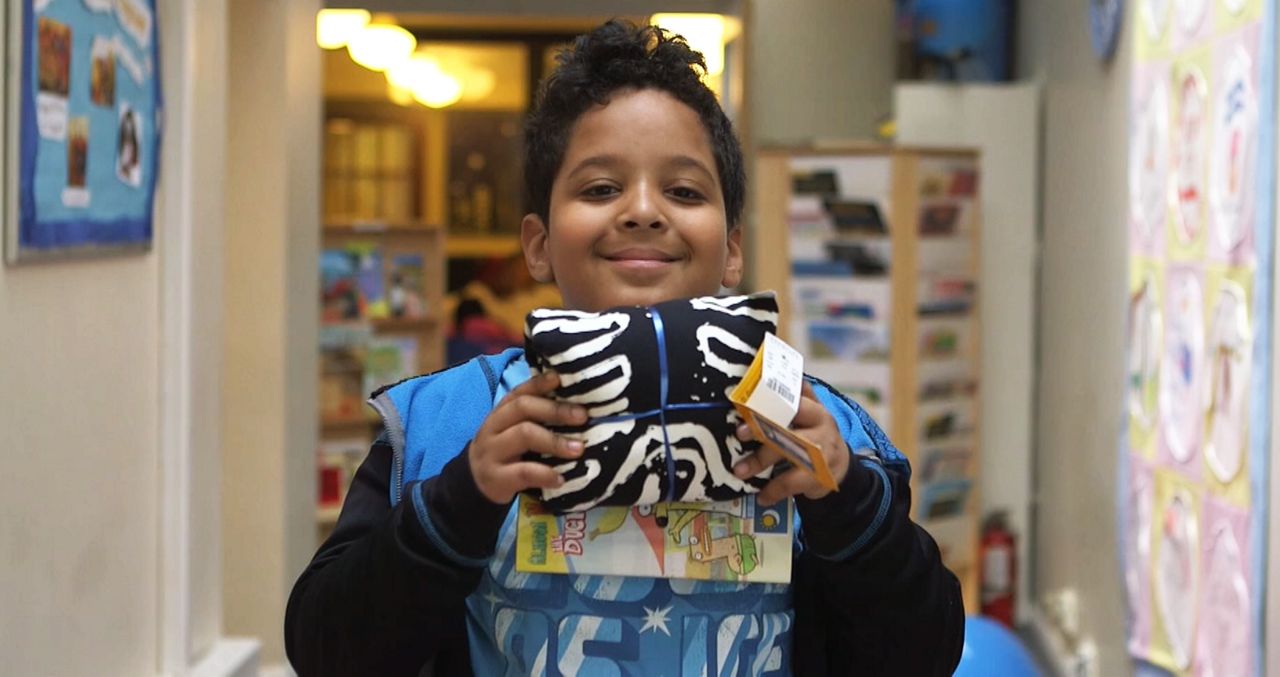 NEW YORK — There might be nothing more comfortable than a soft pair of pajamas, but it's just one more comfort kids in shelters often have to do without.

"The challenges that the children in our communities face, these circumstances beyond their control, has only been exacerbated by the pandemic,” said Jyothi Nair, development and community engagement associate for Pajama Program, the twenty-year-old organization that gets new pajamas and books to children in homeless shelters and transitional housing.

Despite the challenges, Nair said Pajama Program’s efforts have not slowed down.

"We really now more than ever feel that it's important to continue distributing pajamas and books,” said Nair.

The initiative was founded by marketing executive Genevieve Piturro, who was reading to children at a shelter and noticed they were sleeping in their clothes. One child asked her, “What are pajamas?”

"She took it upon herself to purchase pajamas and distribute them to the shelter the next time that she came,” said Nair.

The organization's Murray Hill Reading Center has been shut down since March 2020. Volunteers used to arrive here and read in-person to kids. Instead, a virtual storytelling program was implemented with volunteers recording bedtime stories.

Last month, virtual programming was added to connect to kids in classrooms.

"Our senior program managers deliver to the children in our communities and they Zoom in right into the classrooms and they read stories and talk about what we call our ready model, which is a five-step bedtime routine,” said Nair.

Through all of this, Pajama Program is continuing its "One Million Good Nights" campaign, which it started in late 2020 with a goal of reaching one million children around the United States.

To help out, head to here.