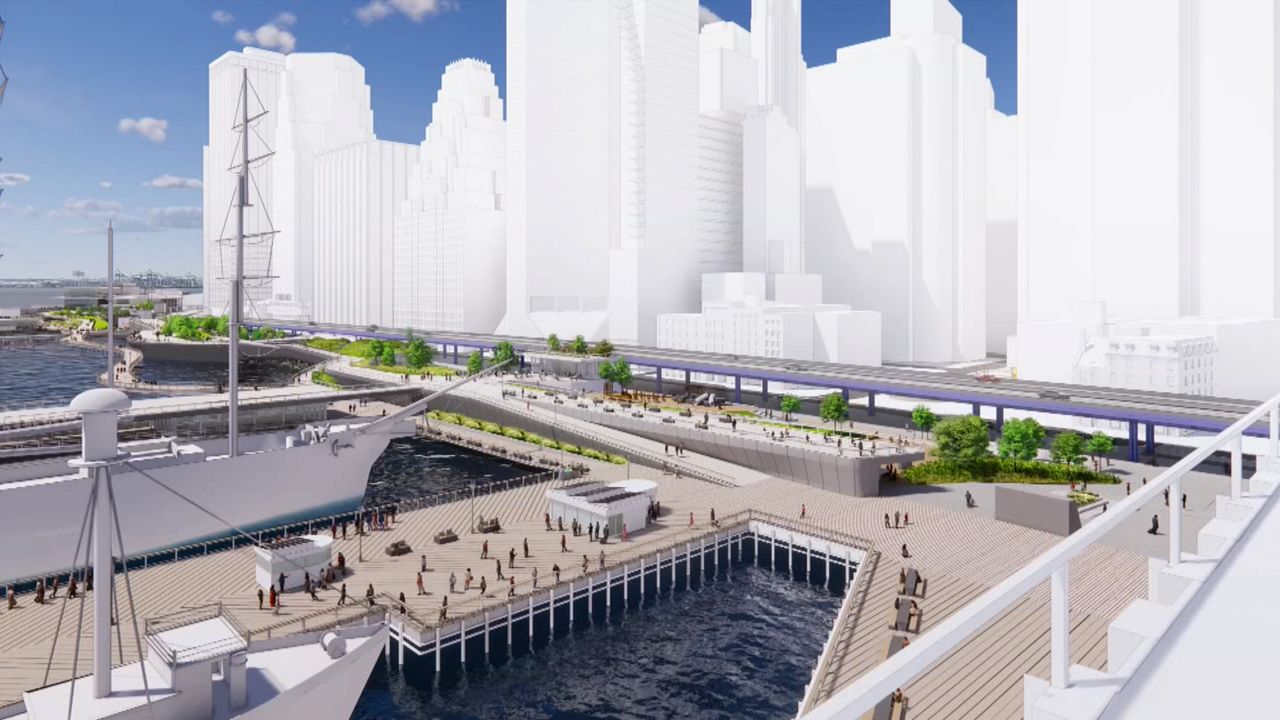 NEW YORK — Marco Pasanella says Hurricane Sandy’s flood waters not only devastated his wine store and its inventory but like other shops along the Historic Seaport it paralyzed business long after the water rescinded.

“What we didn’t count on is the loss of business for a year. We were a corner store with nobody on the corner,” Pasanella said.

He says ever since, businesses in the neighborhood have been like sitting ducks.

“Every June, I start to look at the hurricanes for the hurricane season and I track them from the Caribbean every single time because I know we’re on borrowed time,” he added.

Pasanella’s wine shop sits right under the FDR by the East River, where flood waters rose. News this month of the city’s flood protection plan for the Financial District and the Seaport neighborhood might be the hope that he and others have been waiting for.

“Great it’s on everybody’s radar this is just critical. What I’m worried about is when,” Pasanella questioned.

The city’s waterfront design includes building a flood defense system along the entire one mile stretch of coast from the Brooklyn Bridge to the Battery. Equipped with a multileveled waterfront, new drainage infrastructure, and extending the shoreline of Lower Manhattan into the East River. It could help protect lower Manhattan from rising sea-levels and storm surges that come with climate change.

“New York City will see up to two and half feet of sea level rise by the 2050s, six feet by 2100 so planning for the future of our city is imperative,” said Carrie Grassi, Deputy Director with the NYC Mayor’s Office for Climate Resiliency.

The proposal was unveiled by New York’s Economic Development Corporation and the Mayor’s Office of Climate Resiliency during two virtual public meetings this month. Grassi says this it could protect the area while preserving what people love about the neighborhoods.

“We also make sure not to wall ourselves off from the waterfront. It incorporates lots of open space to the waterfront to really retain the vibrancy of the neighborhood,” Grassi said.

The $5 billion proposal will officially be released by the end of the year, then comes the quest for government funding. But Grassi says they aren’t just waiting around in the meantime.

“The area we’re standing now, we actually have a project in design that will go into construction next year to elevate this warf,” said Grassi.

That is good news for Seaport businesses like Pasanella’s.

“I’m hopeful! You can’t just think about the risk all the time you have to say I know there’s risk and I’m going to be as prepared as I can but I’m going to live my life,” Pasanella said.