Wise Towers tenant Sabra Hardy stands in the middle of her kitchen, pointing out the unfinished paint job by contractors behind her. (NY1 / Anna Lucente Sterling)

New York City council members are used to hearing complaints from their constituents who live in the city’s public housing system. They say it’s a typical part of the job.

But when Councilwoman Helen Rosenthal started handling calls about Wise Towers at the beginning of this year, she noticed that the situation was markedly different.

“With NYCHA, usually a call from the council member changes everything and things will get fixed quickly,” she said.

But that didn’t happen in this case, Rosenthal said.

Rosenthal was directed by NYCHA to directly call the private company managing the building. She got the same response tenants get.

Rosenthal said she voiced her complaints to the company, including providing suggestions on how to better communicate with residents amid increasing calls regarding the treatment from building management. 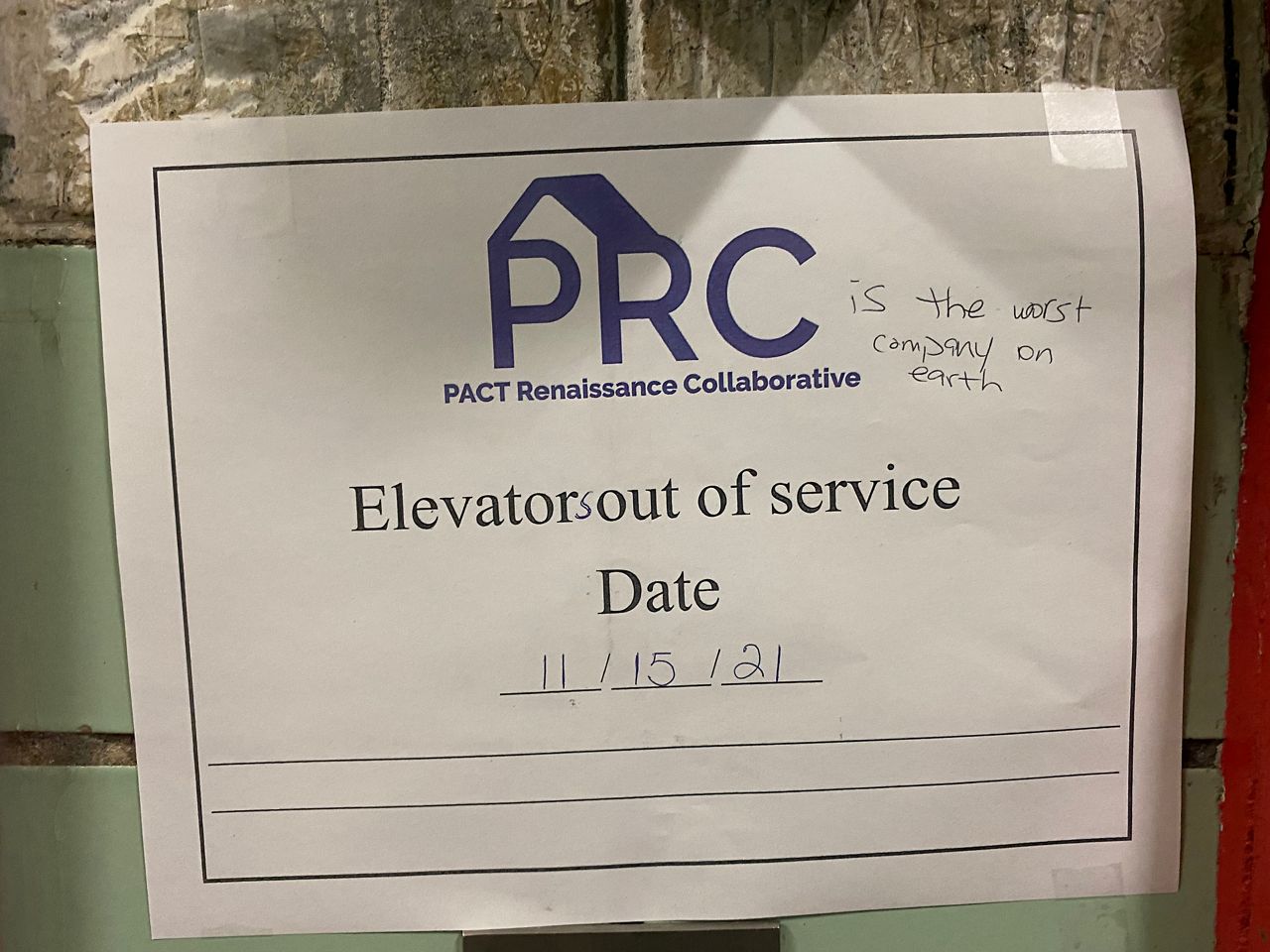 A sign in the hallways of one of the buildings with "PRC is the worst company on earth" scribbled on it.

City-run NYCHA buildings have historically had a lengthy backlog of repairs — estimated around $40 billion — and fixes can sometimes take years to be made.

Last December, Wise Towers — four NYCHA buildings with addresses on West 90th and West 91st streets between Columbus and Amsterdam avenues on the Upper West Side — was converted to a federal housing program called Rental Assistance Demonstration or RAD. It allows private management to take over in exchange for much-needed repairs to NYCHA’s deteriorating housing stock.

The conversion of Wise Towers to private management is part of the city’s plan to turn over tens of thousands of its 175,000 apartments to the private sector under an Obama-era housing program.

The public-private partnership allows the city to raise funding in exchange for much-needed repairs and upgrades.

But according to several tenants, like Sheena Robinson, the transfer to private management made matters worse.

Robinson, who has lived in Wise Towers for 11 years, said she was giving her 16-month-old a bath in July when a newly installed bathroom vanity mirror she opened came crashing down.

“When the mirror fell, that was just like the deal breaker for me,” said Robinson, 37, who had already been dealing with issues in the building like roaches, a broken trash compactor and water shutoffs.

In one tenant’s case, who chose not to share her name for fear of retaliation by building management, the upgrades to her bathroom made the toilet inaccessible for five months.

When she alerted the company to the issue, she said she was given the runaround.

“Everybody wanted me to talk to everybody else, and nobody's really doing anything,” she said.

From roughly June to October, she said she had to use a bucket and throw the waste into the toilet until the building maintenance put in the proper appropriately-sized bathroom fittings. 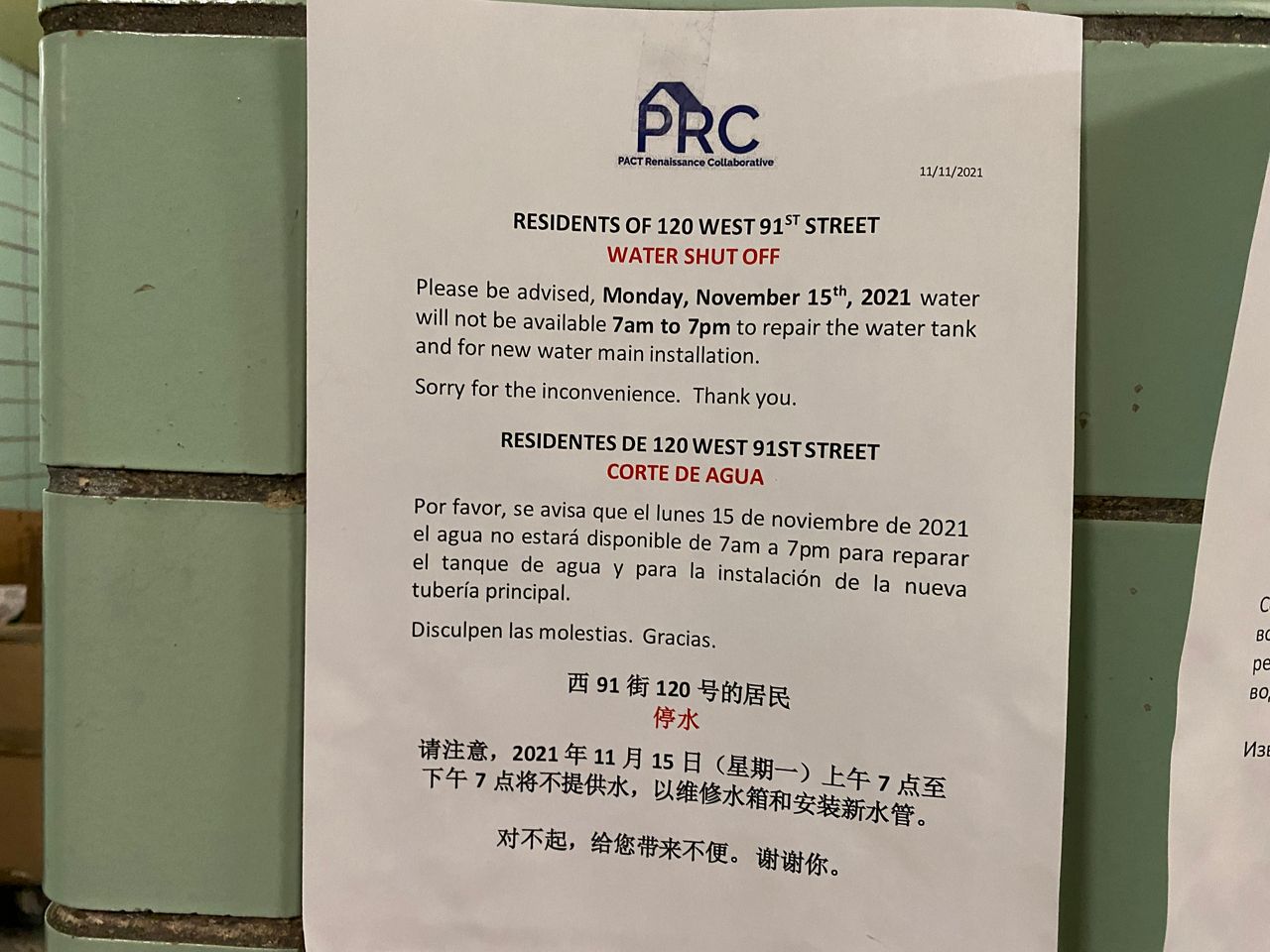 Councilmember Rosenthal's office has received complaints of hours-long water shutoffs, not all of which advance notice was provided, they said.

Pierre Downing, vice president of affordable housing at Monadnock Development, one of the firms in the PRC collaborative, said that the company actively works with residents when an issue is raised and that restitution is provided when necessary, such as damages to resident property.

“We are inconveniencing residents because of this work but the outcome of this work is the improvement of the apartment, the improved safety and conditions of the overall buildings and the grounds so residents’ experience and quality of life is dramatically different than what they were experiencing under prior ownership,” Downing said.

In the case of the tenant who was unable to use her toilet, PRC said they offered to remove the bathroom vanity, which was causing accessibility issues, while they designed and installed a sink and vanity that fit the tenant’s needs. They said the resident declined the removal of the vanity.

According to PRC spokespeople, PRC has completed nearly 2,900 repairs and renovated more than 360 kitchens and bathrooms at Wise Towers.

Shortly after NY1 reached out to PRC for comment, a barrage of calls from tenants, in support of the company, flooded in.

“This program that I’m in is beautiful,” Dena Green said. “The staff is wonderful.”

Several other tenants volunteered to speak in support of building management as well on a company-led tour of the facilities. 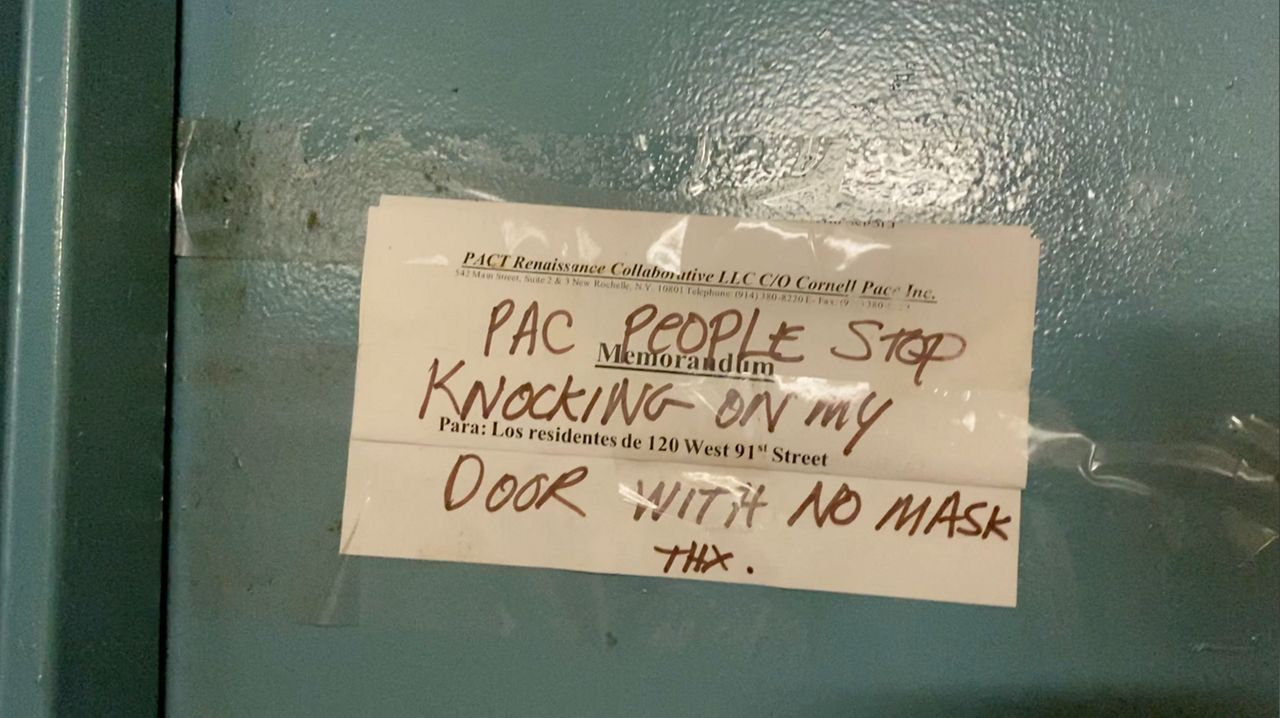 Issues with contractors, including the lack of mask-wearing, were raised by tenants interviewed by NY1.

“When I have an issue, I'll just call and say, ‘Is this a possibility? Can you help?’ They have been 101 [percent] supportive,” said Nitza, who was raised in Wise Towers, but now helps look after her mother, who still lives in the building.

Sabra Hardy, like the several other tenants interviewed, was optimistic with the prospect of renovations when PRC took over.

“They started off with a good intention, just the carry through was very bad,” said Hardy, who for three months had to cook with a microwave and pressure cooker because she was unable to use her stove.

Hardy is still waiting on flooring and painting to be completed in her apartment, as well as a new refrigerator. According to PRC paperwork, the work is scheduled to be done in December.

“Suffice it to say, if you wanted to fix up your apartment and invite people over for Thanksgiving, it ain't gonna happen,” she said.