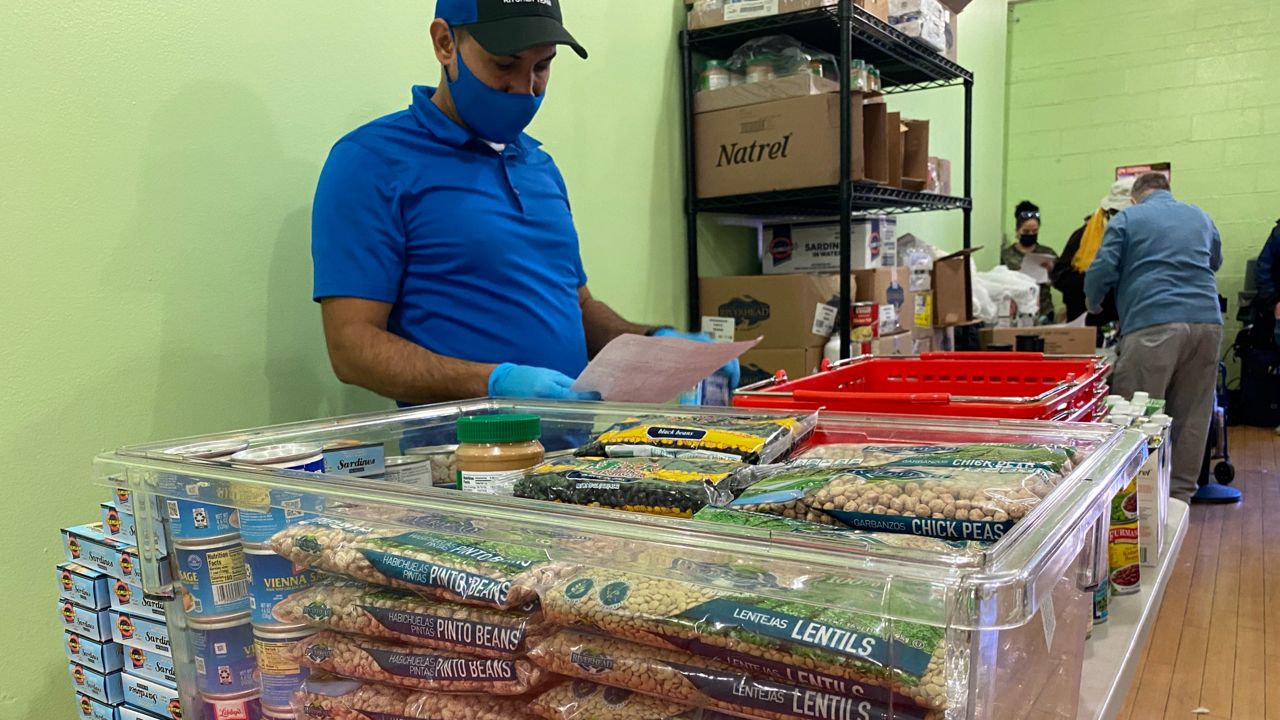 Some even received a Thanksgiving turkey.

“It’s been such a crazy year. It’s so nice to get people back together,” said Madelyn Rivera, who picked up food for her upcoming holiday dinner.

She said she is thankful to have a regular Thanksgiving after last year’s festivities were ordered to be downsized.

“It really put us all to the test, this past year and a half," she said. "And I’m thankful that we’re getting back to something normal.”

Rivera has been balancing a new normal since the pandemic hit. She’s had to care for her elderly mother and her 10-year-old son, who has autism.

Residents have come to rely on this food pantry, especially during the pandemic.

“There’s a lot of food insecurity, but also, people have lost jobs,” said John Weed, the assistant executive director at BronxWorks. “Their income is certainly below what it was before the pandemic, so for us to help out in a little way, every other week, we find that as giving something back.”

Weed organizes the biweekly pantry, oversees all the orders and serves residents.

“To see them happy going home, being able to spend Thanksgiving with their family with a full meal, makes me very satisfied," he said.

The pantry used to run every Saturday, but has since been cut back due to a lack of funding and staff. But one thing remains unchanged: New Yorkers are still in need, especially here in the Bronx, where unemployment is higher than the city average.

“It’s been kind of difficult seeing how people are struggling, not just with food insecurity, but the fear of the unknown and what’s coming next,” said Maria Sanchez, who was also picking up a Thanksgiving meal.

She has lived in Grand Concourse for nearly 40 years. She’s seen it undergo countless changes, but nothing quite like the last year and a half.

“Are we gonna lose whatever funds we have? Are things happening now gonna get any worse?" she asked. "Are people gonna get sick? Caring for loved ones at home. And mainly, just a lot of uncertainty.”

But Sanchez said she finds strength in her community.

“Through this help, it’ll put food on the table this holiday, and feel the warmth of home and gathering which for the past year, have been scarce and scary," she said.

And on a holiday where we are asked to give thanks, Sanchez said she is grateful for her health, hopefulness, and a hot meal.

“It calms the fears within and gives us a sense of peace that’s it gonna be okay. Just be patient, be grateful for what you have," she said. "We don’t know what tomorrow brings, but always go forward.”