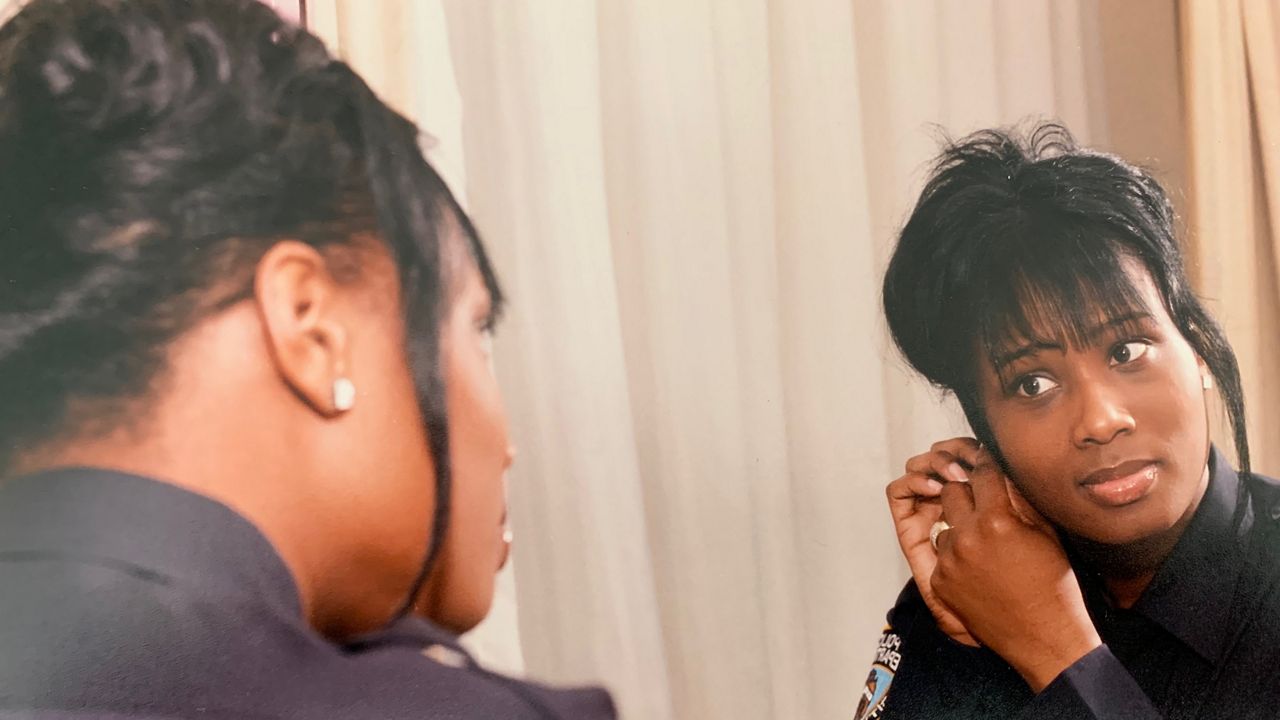 After decades of silence, retired NYPD detective opens up about domestic abuse

Newly retired from the NYPD, Katrina Brownlee can now walk the streets of Crown Heights with confidence. She’s been waiting to exhale for decades.

She feared sharing her painful past with colleagues on the force. And she was especially terrified of telling Mayor Bill de Blasio, the man she protected for eight long years.

Before she clocked out one final time last June, she sat the mayor down for a heart-to-heart conversation.

Brownlee explained to the mayor how she was a single mom on Jan. 9, 1993, who had finally worked up the nerve to leave her abusive boyfriend with her two little girls and moved into a shelter. She returned to his home to pick up clothes for her daughters when he opened the door.

She was also five months pregnant.

“Well, the first thing I was like, ‘Where's the baby? Where's my baby?'” Brownlee sobs.

The shooting in Suffolk County on Long Island made headlines because her boyfriend had a badge. Brownlee says Alex Irvin had flashed it many times to cops who responded to her frantic 911 calls, but this time was different. The CO left his girlfriend for dead.

“The doctor told me what my issues would be and said that I was paralyzed from the waist down and that I would never walk again,” Brownlee says.

By all accounts, Brownlee made a miraculous recovery. With six of 10 bullets permanently lodged in her body, she slowly learned to walk and talk again. But the homeless mom still lived in fear of her boyfriend as he awaited trial on attempted murder charges.

“He called from prison and he said, ‘This is what you're gonna say. You're going to tell him you shot yourself 10 times,’” Brownlee says.

Still intimidated, Brownlee refused to take the witness stand. Prosecutors didn’t need her testimony. Irvin pleaded guilty, was stripped of his badge, and was sentenced to 10 years behind bars.

(Efforts to track down Alex Irvin for this story were unsuccessful. Brownlee says he no longer lives in New York.)

But this was hardly a victory. Brownlee was still homeless, with no income and two little girls to raise alone.

It took years, but she got herself together and entered the police academy in 2001. She wanted to make a difference with a badge of her own. 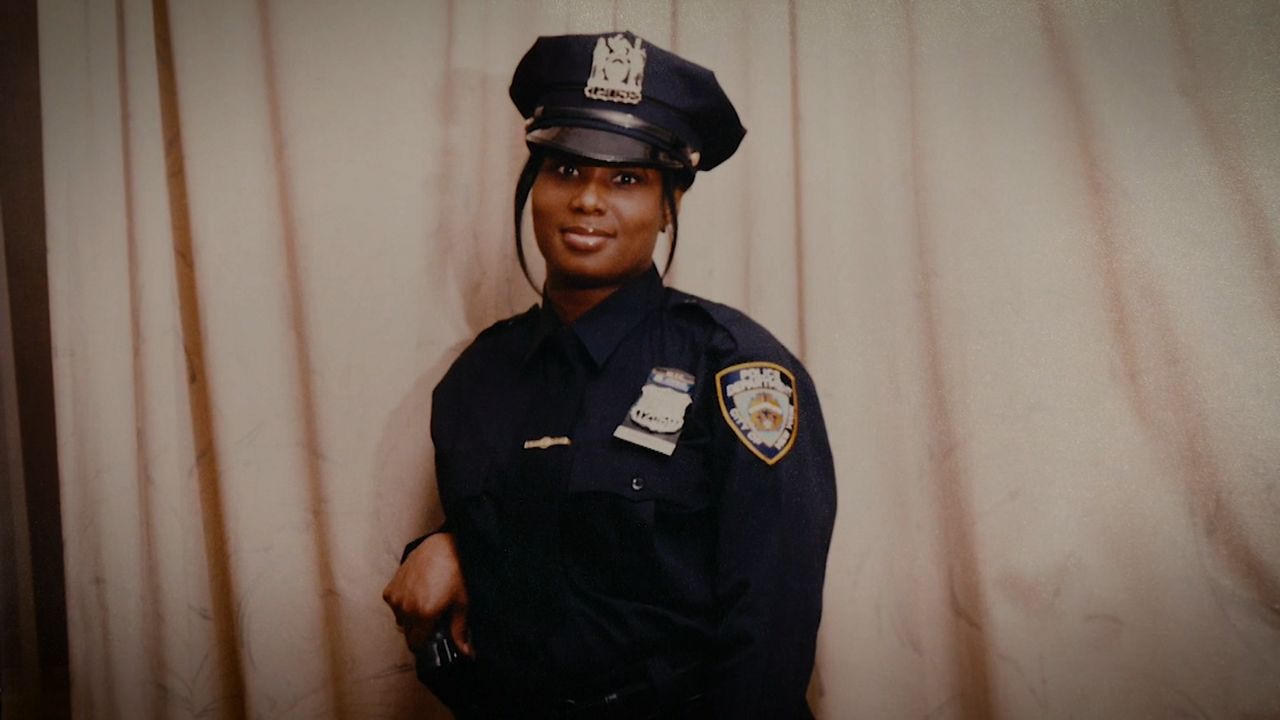 For the first time in her life, she was in control, earning one promotion after another until Detective Brownlee was assigned to de Blasio’s security detail, a high-profile position that put her face to face with the most powerful man in City Hall. They went everywhere together.

She explains why she never said a word about her painful past.

“Because they would've fired me. Because the NYPD wouldn't have wanted a domestic violence victim in the police department,” Brownlee says. “The police department would not want to feel like they can give me a firearm, that I would be in my right mind. And look, I did it, right? Twenty years and nobody knew. So I say to the NYPD that just because someone may be a victim, that doesn't mean that they can't be functional and cannot do their job and do it with integrity.”

“I would say that because within the New York City Police Department, you're not able to have a voice. So now maybe this story would allow women to have a voice because I'm quite sure that there's many women in this police department that are dealing with the same situation right now,” Brownlee adds. “I even got a phone call just recently from a cop that's in a situation, but was too afraid to say anything.”

“Over the years since Katrina joined the department, we’ve been through a number of traumas starting with 9/11. We’ve done a lot of work in that area and offer choices between outside counseling that the department covers or counseling by unions, where some officers place more trust,” the statement reads.

NY1 political anchor and host of “Inside City Hall” Errol Louis talked about Katrina’s Brownlee’s story with Mayor de Blasio on “Mondays with the Mayor.”

“The thing that stood out for me is that she kept her past a secret from the city, from the NYPD, from you, and it’s sort of troubling to hear that,” Louis told de Blasio, before asking, “I’m wondering what you would say to people in the NYPD, or frankly any other agency, who feel that having been victimized would be a career setback?”

“When she told me, like literally on her last day, that she had been through this horrific experience, I was shocked,” the mayor responded. “But I'll tell you, if she had told me on the first day, I wouldn't have felt any different about her. I think it obviously says that we need to communicate to everyone from the beginning of their employment, not just police, everywhere in the city, that if you've been done wrong, we need to see that with respect and compassion and support.”

Brownlee is doing her part to correct and empower girls through her foundation: Young Ladies of Our Future Inc. It was born out of a tragedy in her neighborhood that hit close to home.

“A mother of 10 had got murdered, in the streets, and that was just, like, my motivation.” Brownlee recalls, adding, “Everything that I wanted is what I put into this program.”

Growing up in the 1970s on the rough-and-tumble streets of Brooklyn, there was no support system for little Katrina Brownlee. No parents, no guidance, no direction. Today, she provides workshops that build self-esteem so no girl or woman ever feels they deserve to be beaten or shot.