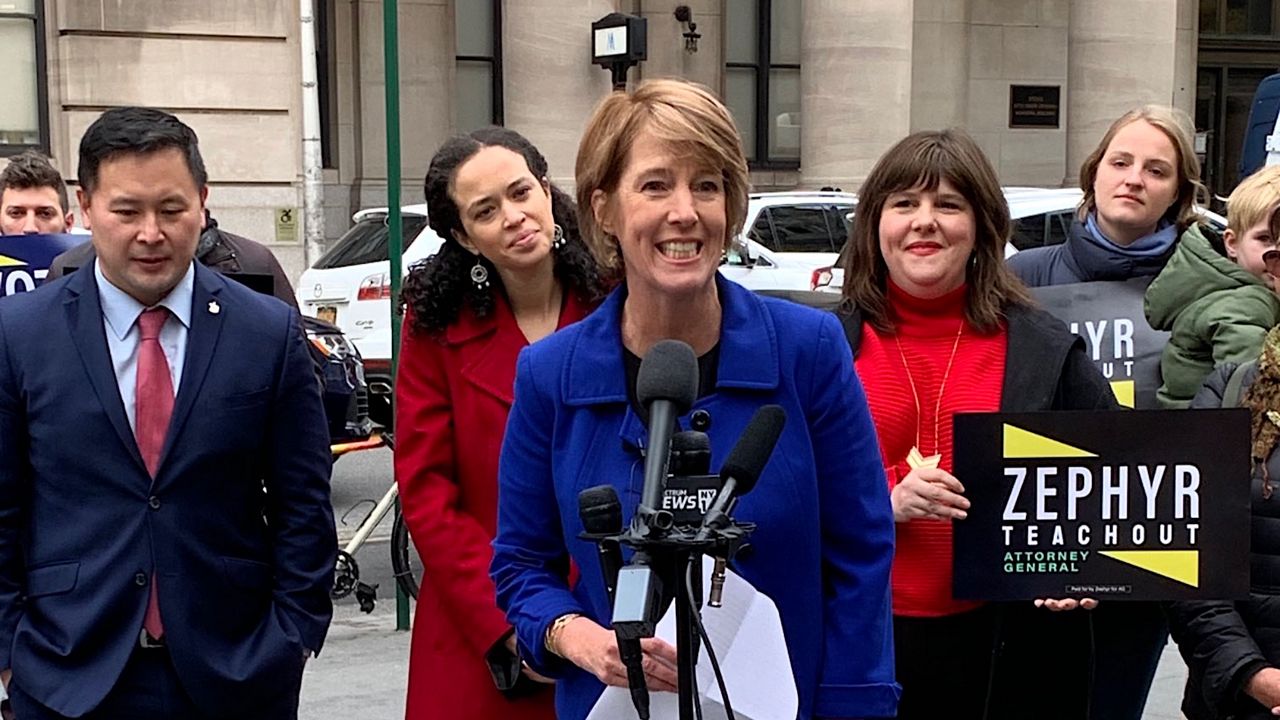 Although she came up short in 2018, Zephyr Teachout is running again for attorney general, and this time she thinks her chances are much better.

“Look, we are in a really new moment in New York politics, and I have been ahead of the curve on corruption in New York, on climate, on corporate use of a particular anti-trust,” Teachout said. “And I am really excited about this race because we are in this new moment.”

Teachout lost out to Letitia James the last time, garnering 31% of the vote in the primary. Prior to that, in 2014, she ran for governor against Andrew Cuomo and finished with roughly 34% of the vote, also in the Democratic Primary that year.

Running in the left lane, Teachout would appear to have a core group of voters, but it’s unclear if that will be enough to win. So far she faces a challenge from State Senator Shelley Mayer of Westchester, who spoke last week with Susan Arbetter of Spectrum News in Albany.

Then there are candidates who are considering jumping in, like Deputy State Senate Majority Leader Michael Gianaris of Queens, who is sitting on $3 million from the last time he ran.

Teachout, who also previously ran for Congress and lost, sees the attorney general’s office as a great equalizer.

.⁦@ZephyrTeachout⁩ prepares to officially announce her run for Attorney General. She is joined by ⁦@rontkim⁩ and being introduced by ⁦@EmilyAssembly ⁩ pic.twitter.com/uWqu4igzEg

“The attorney general’s office is the largest public interest law firm in the country. And We have a real opportunity and responsibility to hold power accountable and get things done for people,” Teachout said.

“We have a really important opportunity and responsibility to hold power accountable and get things done for the people. I have been fighting against corruption my entire career.” pic.twitter.com/MOsW35hRYb

Much like the governor’s race, the attorney general’s race got underway early due to the calendar. The Democratic Primary is in June, meaning candidates need to get a jump on fundraising and building the infrastructure for a statewide campaign.