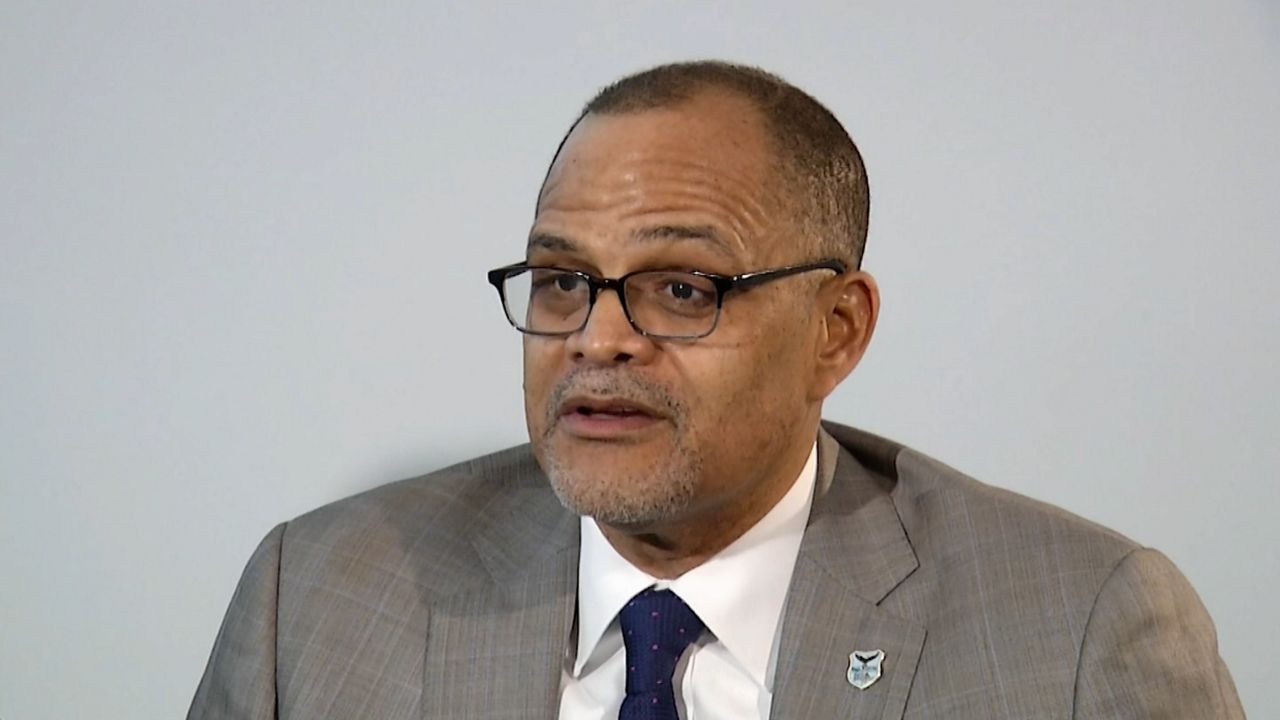 Who will be the next schools chancellor? All eyes are on David Banks

NEW YORK — All eyes are on David C. Banks as the person who Mayor-elect Eric Adams will likely tap for the top job at the city's Education Department.

He's the founder of a network of public schools called the Eagle Academy.

“Eagle Academy is a direct response to the national crisis that is impacting the young men all across this country,” Banks told NY1 in 2008, as the first class of the school graduated.

The school began with one all-boys public school in the Bronx, and now there’s one in each borough and one in Newark, New Jersey, all of them serving almost exclusively young men of color. There’s also a foundation, which Banks now leads.

The schools — which offered extended school days, mentoring programs and opportunities for parent involvement — found support from high-profile people like Hillary Clinton. In 2019, the schools were the subject of a documentary dubbed The Infamous Future.

Before Eagle Academy, he founded the Bronx School of Law, Government and Justice — where he worked closely with the current Schools Chancellor Meisha Porter, who succeeded him as principal.

Shael Polakow-Suransky first met him then, when he was starting his own small high school.

“He was a really strong leader and understood how to help schools respond directly to the needs of students and families, and was really committed to building partnerships with families and community organizations from the neighborhood,” Polakow-Suransky said.

Polakow-Suransky, who went on to be deputy chancellor and now president of the Bank Street College of Education, more recently served with Banks on a task force advising Mayor Bill de Blasio on how to reopen schools this fall.

“The thing David did on that task force, which no one else did, is he spent time talking to principals, not just in his schools but all across the city. And he flagged almost every practical issue and challenge that later on unfolded during the fall and winter last year,” he said. “He is really attuned to what it takes to make a plan at Central that actually works when you have to implement it in a school.”

That kind of thinking is important for anyone working the top job at the DOE’s Tweed Courthouse headquarters.

“Whenever you make a decision at Tweed, it's sort of like you're a giant steamship, and you turn slightly and it creates waves out into the school system,” Polakow-Suransky said. “It's very hard to predict whether the thing you're trying to do is actually going to happen in the schools. And so you really need to think about it from that vantage point as you make those big decisions.”

One reason Banks’ name seems to be just about the only one floating around for chancellor is how close he is to Adams. The two are longtime friends, and Banks' partner, Sheena Wright, co-chairs the Adams transition team.

Former Schools Chancellor Dennis Walcott says Banks' relationship with Adams, and with many others around the city, will serve him well in leading a system of nearly a million children and 150,000 employees, with a $38 billion budget.

“That's a lot of responsibility and you can't do it by yourself. I think David has a very clear understanding and you're doing it in partnership with the mayor of the city of New York,” Walcott said.

And Banks will also bring his knowledge of education issues and beyond, given his work collaborating with other civic groups around the city.

“David is a community guy. I mean, it's not like he's an ivory tower kind of guy. He has been in the streets. He's had a vision around schools. He's put that vision at action. And I think those are all very strong foundation points for a person to be a successful Chancellor,” Walcott said.

Historically, some mayors tap chancellors from outside the school system, bringing them in for their management expertise — Walcott had been deputy mayor before Mayor Bloomberg appointed him chancellor, and he replaced magazine executive Cathie Black, whose tenure lasted just 95 days. Other chancellors rise through the ranks, like Porter, who was a principal, superintendent and executive superintendent.

“David Banks is kind of an inside-outside candidate,” David Bloomfield, a professor of education at Brooklyn College and the CUNY Graduate Center, said. “He's never been in the central Tweed leadership the way Meisha Porter was an executive superintendent before she became chancellor. At the same time, he has decades of experience with the New York City public schools. And that's a huge plus.”

It also won't hurt, Walcott says, that Banks and Adams have something else in common.

A spokesman for Adams did not respond to a request for comment about his search for the next chancellor.