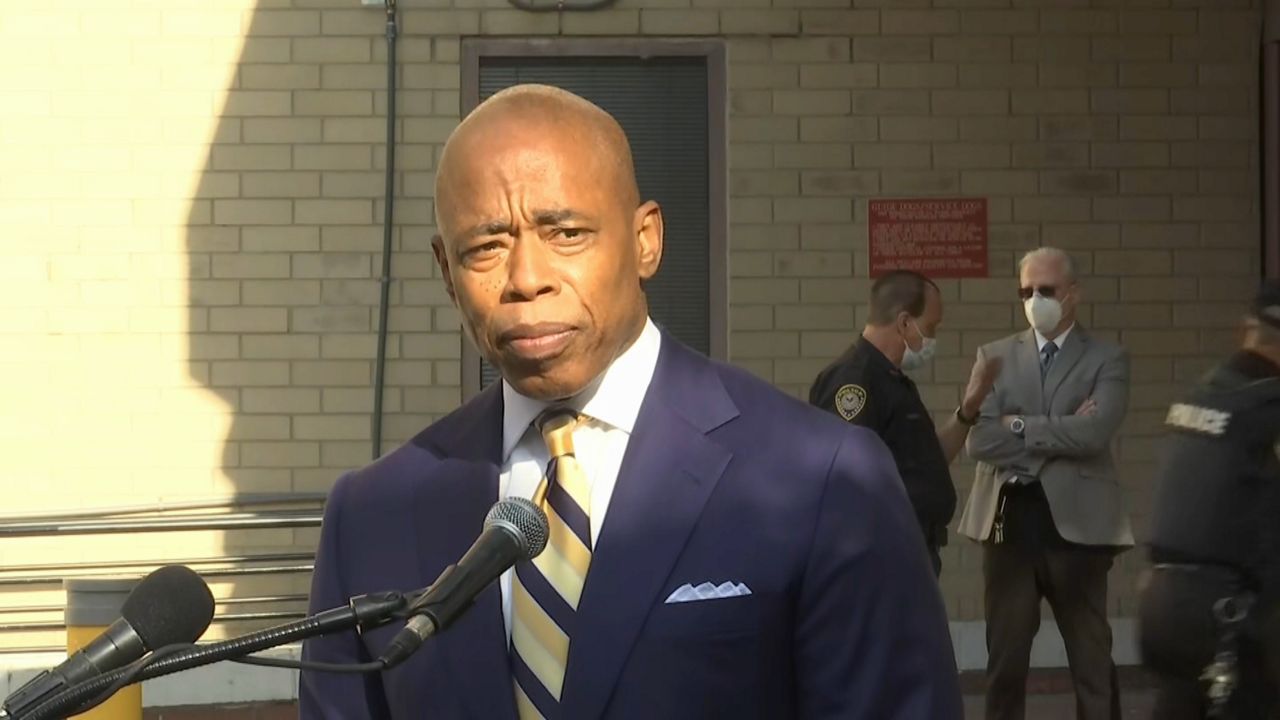 For Adams, Veterans Day is overshadowed by feud with activists

Eric Adams was trying to highlight veterans’ issues Thursday: He marched in the parade up Fifth Avenue and toured a Veterans Affairs health care facility with Senator Charles Schumer, who said the Build Back Better bill currently before Congress would bring hundreds of millions of dollars in new funding to New York to modernize the system.

Adams, meanwhile, outlined an agenda for veterans that includes meditation, breathing exercises and yoga to help mitigate the effects of post-traumatic stress disorder.

But Adams, a retired police captain, also spent the day sparring with a group of Black Lives Matter activists. After a sometimes-contentious meeting with Adams on Wednesday, one activist, Hawk Newsome, said there will be riots, fire and bloodshed if the NYPD goes back to the old ways of policing.

He added: “At no time did that small, fringe group talk about the gun violence that is destroying our city.”

In an interview with NY1, Newsome responded: “It’s funny that he would call us a fringe group, because he sought our endorsement last year.”

At issue for Newsome and others is the now-disbanded NYPD anti-crime unit, which was responsible for the high-profile killings of Eric Garner, Amadou Diallo and others. Adams says he’ll reconstitute a plainclothes unit to zero in on gun violence.

“You need the unpredictable aspect of policing and public safety, and that’s the unmarked car,” he said. “That keeps the bad guys off-balance.”

Newsome said that could result in the loss of more innocent lives. “He’s sending the most dangerous police unit in the history of New York back into our communities. Somebody is going to die,” he said.

“It’s not like I’m pushing a button and telling people to go out and riot. What do you think people’s response will be?”

As for his police commissioner, Adams said he’s conducted a round of interviews and is impressed with the talent.

“That’s going to be one of the first announcements we are going to make,” he said. “That, along with our chancellor.”