NEW YORK — Crescencia "Joyce" Garcia is a 101-year-old veteran who served overseas during World War II, but her story was lost for generations.

She was born on April 18, 1920, in Maunabo, Puerto Rico. She left Puerto Rico when she was 18, leaving her mom and her sister behind for a better life, although Garcia saved up to bring them over eventually.

The attack on Pearl Harbor gave her the idea to defend her country and was a call to join the military in 1944.

She was sent to Des Moines, Iowa for basic training, then was assigned to an all-Black regiment — the historic 6888 — and sent to Midland, Texas, where she trained under nurses to become a medic within the 6888. 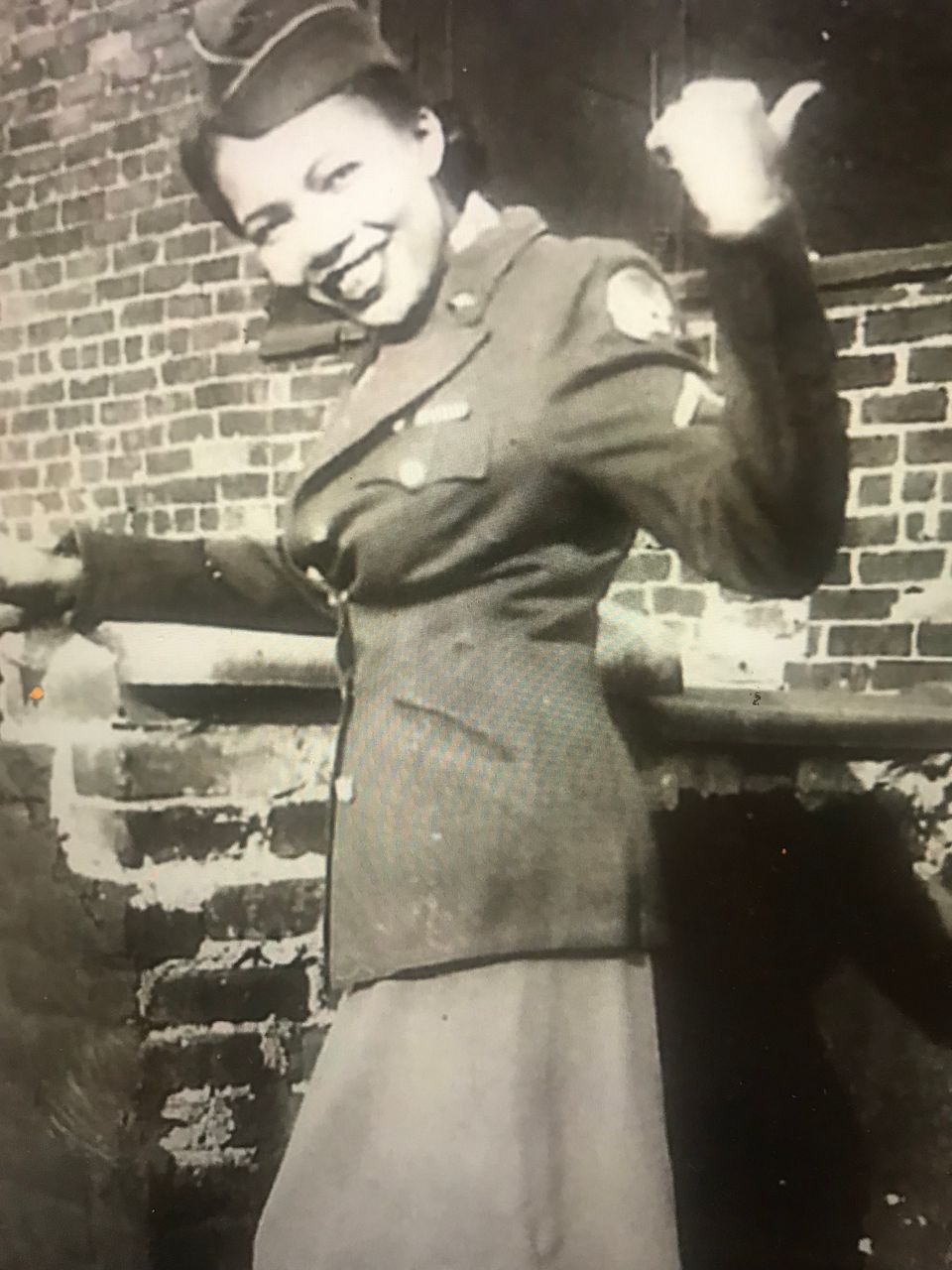 Joyce Garcia in uniform serving with the historic 6888 regiment. (Photo by the Associated Press.)

Her experiences in Texas were bitter because of racism. She was put in all-Black unit because she wasn't white, she was Afro-Latina. There were about four other women who were a part of the 6888 who were not all Black. Today, there are only about seven surviving members of the 6888.

When Garcia first arrived in England, she was assigned to the 6810th Hospital Center, an hour northwest of Birmingham, England, where the 6888 was stationed. In addition to her work with the 6888, Garcia treated soldiers in the burn unit.

At the end of the war, she sailed back to the United States in a ship named Arcadia, and landed in the South. After she was discharged, she returned to the Bronx, where she became a seamstress and a pattern-maker in the Garment District.

Patriotism runs in the family — Garcia's husband was also a veteran of World War II, two of her sons served in the Vietnam War and her daughter served as an ROTC officer — but her family had no idea about her time spent in the 6888 and only discovered this piece of her service when she got COVID-19.

Her granddaughter posted on Instagram, asking her followers to pray for her grandmother when she was ill. That's how the word got out. Now, there is a strong push for the 6888 member to get the Congressional Gold Medal.

About her newfound fame and learning her name was on the 6888 monument, she said, "I just did my job."

Her granddaughter, Tara Garcia, is her biggest cheerleader.

"My grandmother never talked about her service. She kept it in her heart. She had no acknowledgment, she felt slighted her whole life. If she could feel applause — she has waited her whole life for this moment,” Tara explained. “There was pain in serving in a segregated unit. It was bittersweet, but she was so proud. There are people who have defended this country, but this country did not love them back. She earned everyone's freedom here. She always took her kids and granddaughter on patriotic field trips, including Gettysburg.”