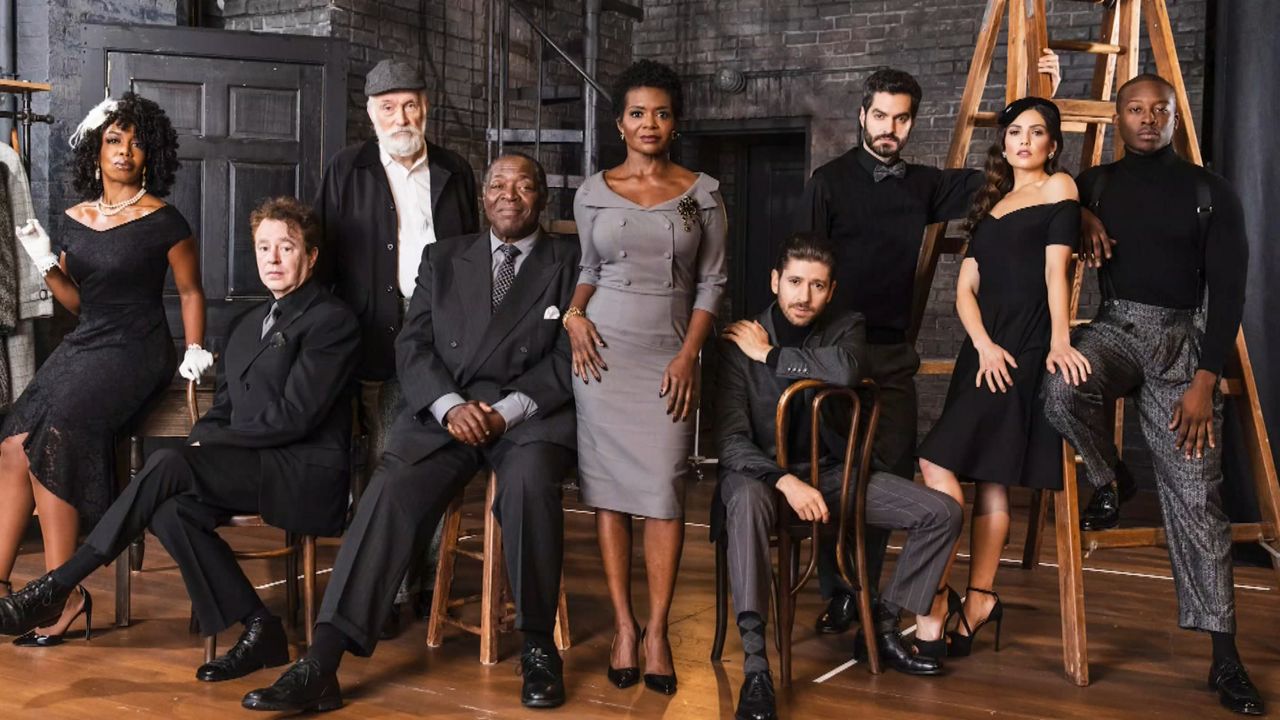 The cast of "Trouble in Mind." (Courtesy: Marc J. Franklin)

NEW YORK — A timely play about race relations is finally making its Broadway debut 64 years after its original production was cancelled.

"'Trouble In Mind'" is a passionate, funny, joyous look into the lives of a theatrical experience on Broadway," said actor LaChanze about her new starring role on Broadway.

LaChanze is back on the boards stepping into the role of Wiletta Mayer in the Roundabout Theatre's production of "Trouble In Mind."

Director Charles Randolph-Wright has been trying to get the show to come to Broadway for 15 years.

"Alice Childress wrote this play in 1955. It was off-Broadway," said Randolph-Wright. "It was supposed to go to Broadway but the producers didn't like what she wrote and didn't appreciate what she wrote and said she had to change it and Alice said no. And I thought, what a perfect time to do this play when so many people are saying no. We're in the middle of two pandemics, as I say - a health pandemic and a race pandemic - and Alice addressed so many of these issues 66 years ago."

"I feel like the show could be called 'LaChanze' because there's so many similarities with this character and with my own personal career journey," said LaChanze. "I'm known mostly for musical theater work, and while I have done several plays in my career I've never been in a leading role in a play on Broadway. Similarly, Wiletta is starring in this play and it is her first time acting in a play on Broadway, leading as well."

Amazingly, this is the first time the performer is working on Broadway with a Black director.

"I've worked with some incredible directors on Broadway, trust me, and I have enjoyed working with most of them, but it's really a thrill to work with Charles because there are things that culturally you don't have to explain," she said. "Particularly when you're playing a role playing a Black woman in her mid-life, which is where I am, we can have a discussion about who this woman is  and he'll get it. There isn't any pushback, there isn't any other opinions when I feel that I know who this woman is because basically I am this woman. So I really trust that I have a director who can see culturally where I'm coming from and support that."

"We're happy to have the opportunity to use (Alice Childress') words to represent members of the Black community that have been pushed aside or not seen," LaChanze continued. "It's really a powerful story."