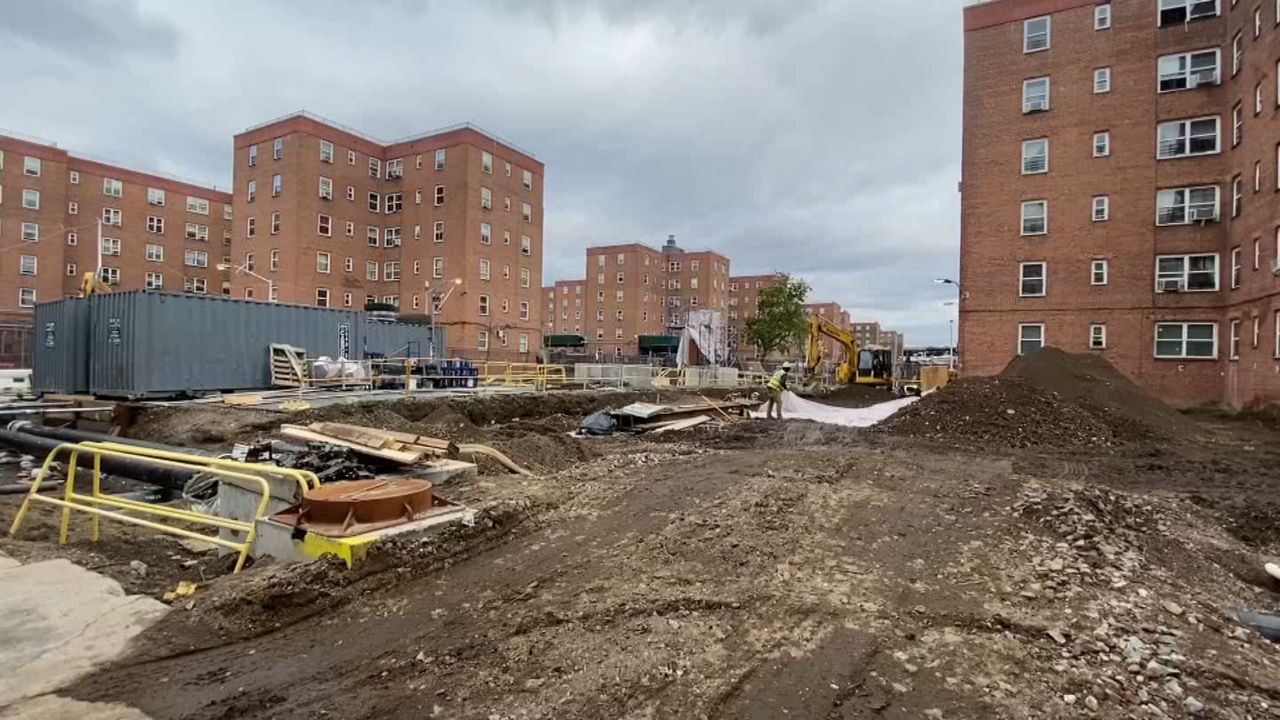 “I’m very comfortable," said Frances Brown, who refuses to retire her stilettos despite the uneven pavement beneath her soles.

“I'm just happy with my heels on," she said.

Brown has lived at the Red Hook Houses for 30 years, and has served as Tenant Association President for 12 years. She’s seen the development undergo a lot of changes.

It’s a story nine years in the making, since Hurricane Sandy ravaged the five boroughs.

“When Sandy came – and I’m just talking on the East side – we had maybe 55% of the developments with no electricity. So that meant no lights," her husband Hal remembered.

Thousands of tenants were left in the dark for three weeks.

“All the mechanical equipment was in the basement, and during Sandy, it flooded. The ramps that lead down to the basement, it was completely flooded,” said Hana Kassem, who is spearheading the Sandy Resiliency and Renewal Project at the Red Hook Houses. She said her main goal is to get ahead of another possible climate disaster.

“We elevated this equipment above the flood plain. So this is to protect it from another Sandy-like event. Hopefully this will never happen, but we didn’t want to put the residents through such another extreme hardship," said Kassem.

This years-long restoration project aims to do just that. It’s not an easy adjustment for residents whose front yards have transformed into a construction zone with forklifts, maze-like fencing and exposed pipes, which is causing some major problems.

“A lot of people are without gas right now. Our building’s been without gas since May," said Frances. “We got rats, raccoons, possums, skunks. Even skunks. And they’re coming inside the buildings.”

But Frances and Hal said they know the discomfort will pay off in the end.

“A lot of the time, people want progress without sacrifice and the two go together. It’s gonna be beautiful. That’s what I’m looking forward to. That’s what I keep my mind on, how it’s gonna look," said Hal.

Once the project is completed in Spring of 2023, there will be elevated, dry land around the buildings, new playgrounds and emergency power that won’t be impacted by another major flood.

“You’ll look back on this when everything is done and say, ‘Boy, they came a long way," Hal said.