President Joe Biden and first lady Jill Biden walk out of the White House on the South Lawn, and head to Marine One, Thursday, Oct. 28, 2021, as the Biden's head to Rome, the first leg of a second major foreign trip. (AP Photo/Susan Walsh)

President Joe Biden and First Lady Jill Biden walked out of the White House hand-in-hand Thursday afternoon, taking off from the South Lawn by helicopter in what marked the beginning of a critical trip to Europe for the president, where he’ll seek to reassure allies and highlight his domestic agenda on a world stage.

And Dr. Jill Biden aims to be a key —and parallel — partner in that mission.

“It's important for diplomatic purposes and for protocol purposes that the American first lady is present," McBride, who now serves as the executive-in-residence at the Center for Congressional and Presidential Studies at American University, added. "It matters."

A key test of that partnership will come on Friday, as Dr. Biden meets with Mrs. Brigitte Macron, the French president’s spouse, in Rome as the U.S. continues to try and smooth things over with its oldest ally. Both women are teachers.

Presidents Biden and Emmanuel Macron were already scheduled to hold a bilateral meeting in Italy, but the separate conversation between their two partners is likely to strike a different, more convivial tone.

France recalled its U.S. ambassador to the U.S. last month, a rare move made in reaction to a U.S. submarine deal made with Australia that came without warning to French officials, who had previously secured a contract with Australia worth about $66 billion.

The conversations between world leaders’ partners, McBride said, are usually more intimate and consist of sharing personal experiences and “getting to know each other.”

“I remember being in Brazil with the First Lady of Brazil and Mrs. Bush, and they talked about their similar interest in birdwatching,” she remembered. “It’s also an opportunity without a lot of glare and pomp and circumstance around you, just really kind of getting to know somebody.”

In her first trip to Europe with the president in June, Dr. Biden toured a school with the Duchess of Cambridge, Kate Middleton, in the United Kingdom, talking about the importance of early childhood education, and she also took a walk on the beach with Carrie Johnson, Prime Minister Boris Johnson’s wife, and their one-year-old son. 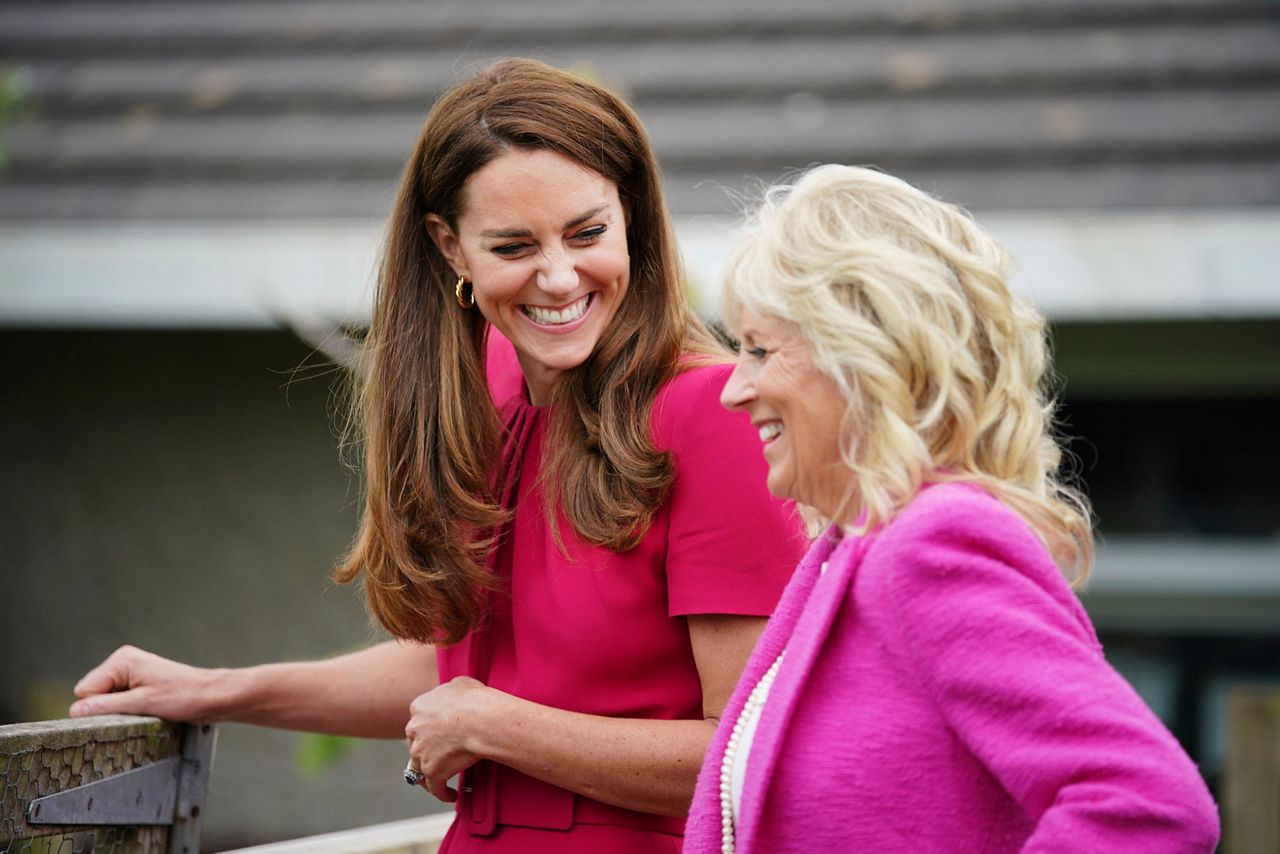 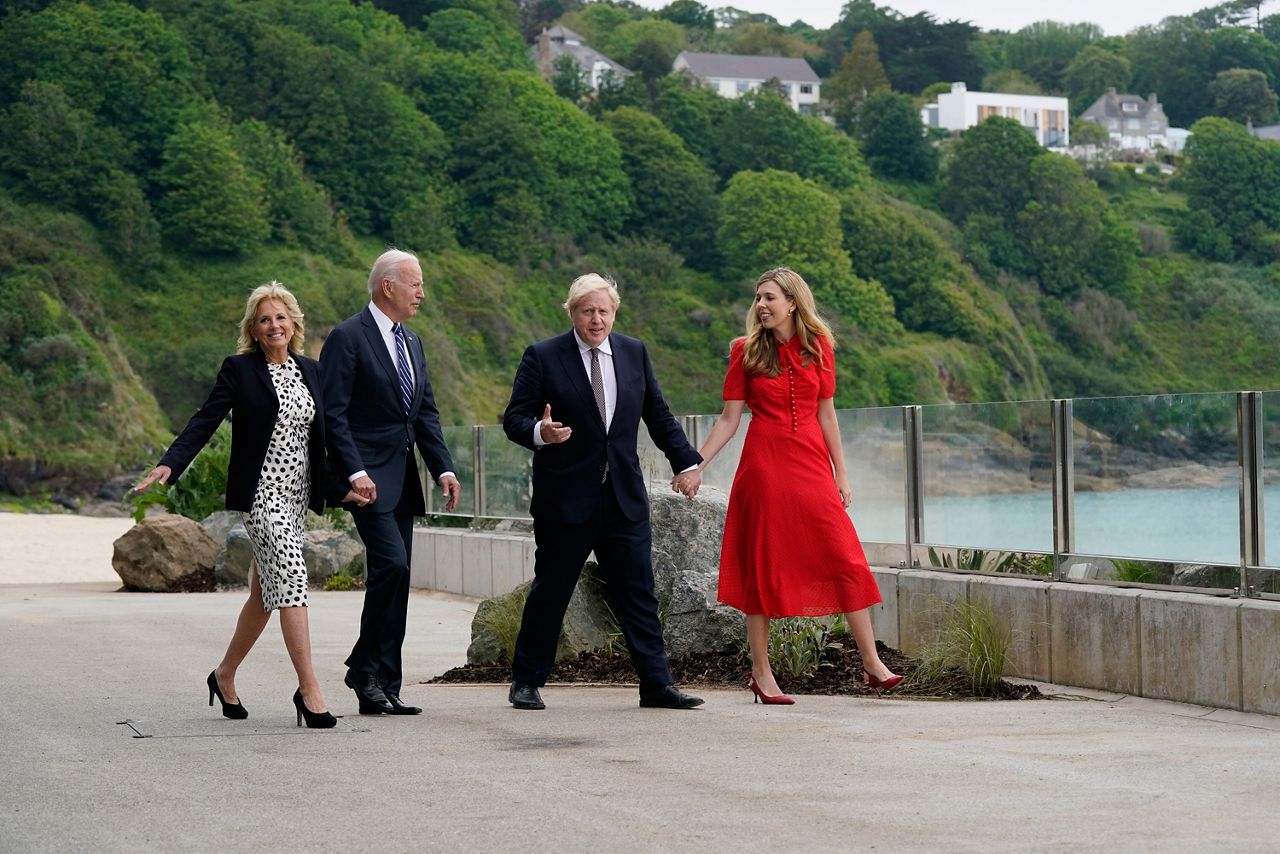 Former first lady Melania Trump and French first lady Brigitte Macron were famously friends, and they toured the National Gallery of Art together in 2018 and visited a French beach in 2019 during the G7 summit. 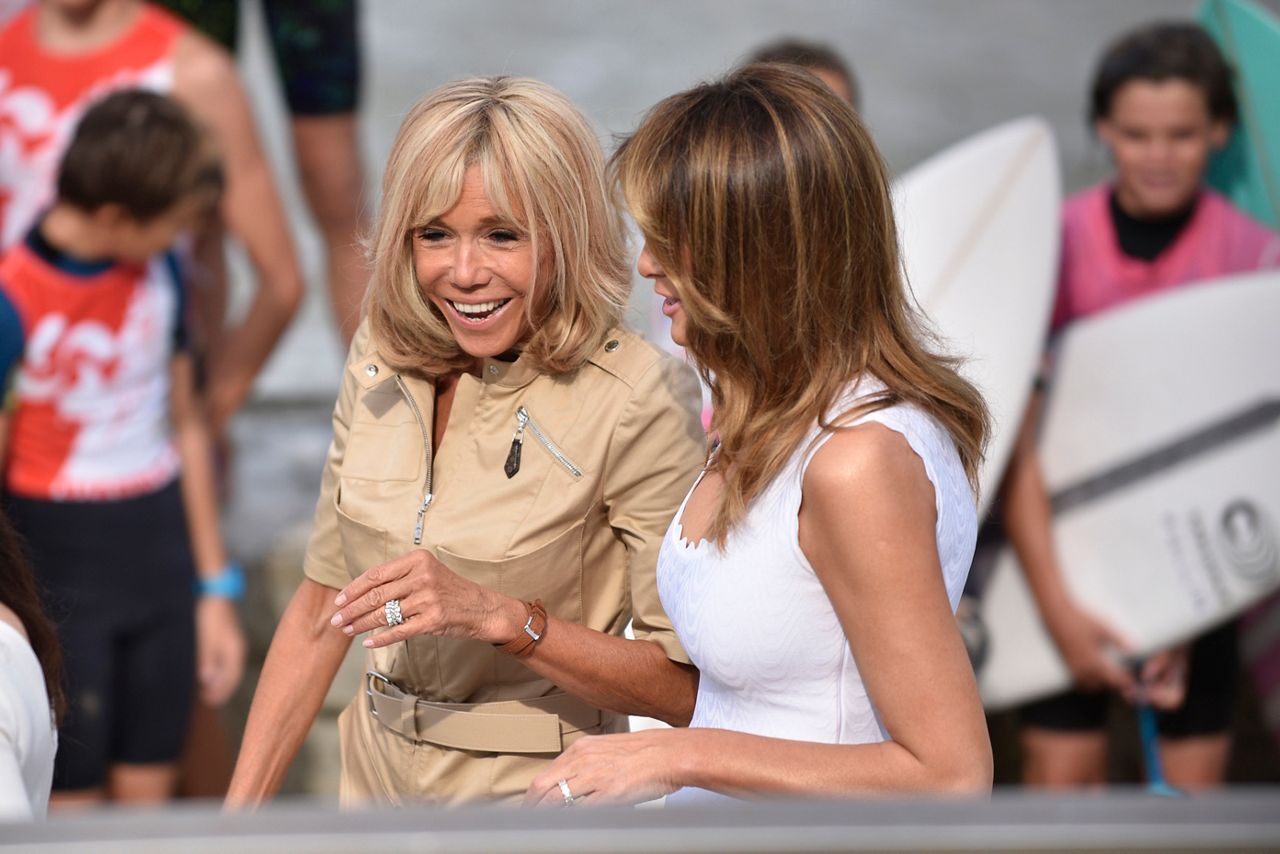 Last week, Dr. Biden reflected on her role in a speech at the Barbara Bush Foundation’s national literacy summit.

“There’s nothing that can prepare you to be First Lady,” she told the audience. “We aren’t elected. We have to define this role for ourselves.”

But Dr. Biden is more prepared than most, especially for trips like this, bringing with her eight years of experience as the second lady.

And she’ll hold an event in Europe that’s part of a revived effort from the days when Joe Biden was vice president called Joining Forces, an initiative she launched with Michelle Obama to support service members, veterans and their families.

As part of that work, on Monday Dr. Biden will travel to Naples, Italy to visit a U.S. Naval community, where she’ll stop by a Department of Defense high school to meet with students and teachers and give a speech.

First Lady Biden will also join her husband for his historic visit with Pope Francis on Friday, as well as several spouse events throughout the G20 summit being held in Rome on Saturday and Sunday.