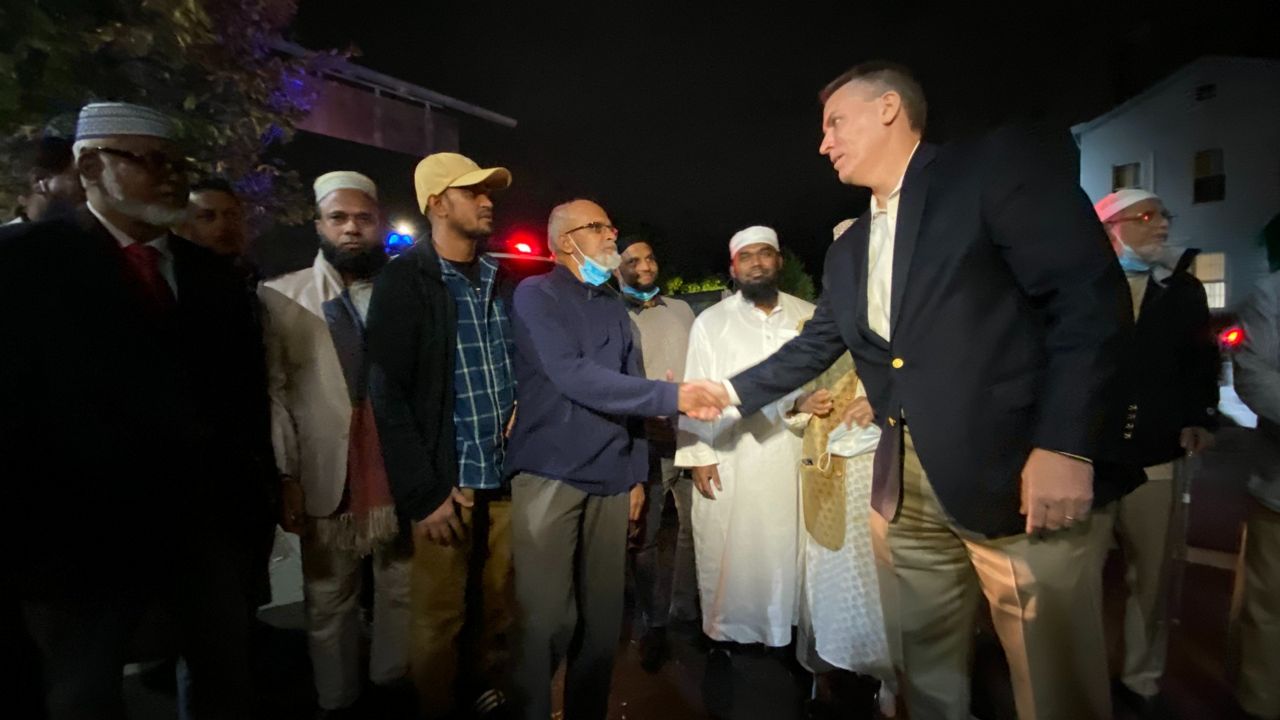 The vigil took place just a few hours after a Queens man was arrested in connection with the murder of 51-year-old Sala Miah, a Bangladeshi delivery worker who dreamed of emigrating his wife and two children to New York City.

“Everything is gone,” said Miah's brother-in-law, Muhammad Ahsan of Kensington, Brooklyn. “I can’t believe it.”

Ahsan could barely hold back tears as he paid tribute to Miah. Until recently, the in-laws, who were close friends, had lived together in Kensington.

“He was really a good person, always a happy man, and a hard working person," Ahsan said.

Ahsan says Miah moved in about two years ago, when he arrived in New York City from Bangladesh in search of a better life.

That life was cut short last weekend, when police found the body of the GrubHub delivery worker stabbed in the stomach, his face slashed and his delivery bike stolen at a park in Chinatown.

“We’re trying to heal it,” Ahsan said. “Please pray for us family. Thank you.”

After praying every day for justice, police Saturday announced the arrest of 23-year old Joseph Sandoval of Jamaica, Queens, who is facing murder charges.

Police Commissioner Dermot Shea said it took a lot of hard work by detectives to make the arrest.

“While we are pleased that an arrest is made, we know that arrest will begin the healing process, but it will never replace what’s been taken away," Shea said. "So clearly mixed emotions but we’re here in solidarity.”

While Ahsan is relieved that an arrest has been made, what he wants now is justice for the good friend and brother-in-law who was buried Friday in Bangladesh.

“I would like to say thanks to the NYPD for their extraordinary job,” said Ahsan.

Miah was a friend who came to America, hoping to save enough money so that his wife, their 19-year-old daughter and their 12-year-old son could join him in this country.

“I want to see justice soon,” said Ahsan. “At least he can sleep in peace in heaven.”

At Sandoval’s arraignment Saturday, he was denied bail. His next court appearance is set for Oct. 28.