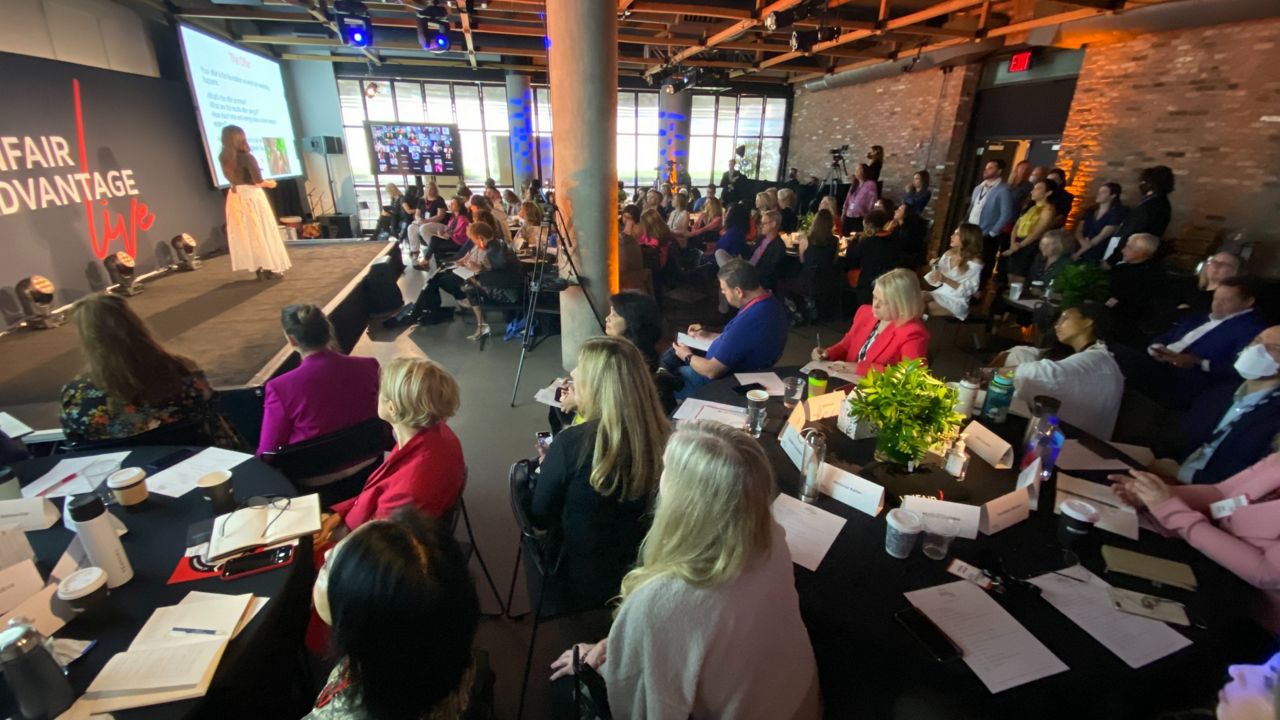 In a crowded event space in Chelsea, dozens of maskless guests gathered in close proximity for a three-day networking event that concluded Friday, which was designed to teach them new strategies to grow their business.

“It’s a smaller room. Those people have chosen not to wear masks,” said Paulvin.


He also says participating via Zoom allowed him to get the same information, without putting his patients or any family members who are immunocompromised at risk.

“I want to be able to associate with them,” Paulvin said. “And I don’t want to take any unnecessary risks unless I have to.”

Large-scale, in-person, networking events are gradually returning to the Big Apple, thanks to easing restrictions as more people get vaccinated.

Organizers Chris Winfield and Jen Gottlieb tell NY1 while they were grateful to have dozens of vaccinated attendees travel to New York City from all across the United States, they never lost sight of the importance of a virtual component.

“Everybody that comes has to show proof of vaccination, so some people that were going to come to the event couldn’t come because they didn’t have proof of vaccine,” said Gottlieb, who is Co-Founder & Chief Mindset Officer for Super Connector Media.

Social justice advocate Diana Patton, who came in from Ohio says after a year of frustrating Zoom meetings, she couldn’t wait to network in-person.

“I didn’t want to be sitting with the background anymore,” Patton said. “I wanted to be in the room, and New York City. Come on. New York City. Are you kidding me?”

Neil Gordon of Chelsea was one of the few attendees to wear a mask. Gordon told NY1 he would rather wear a mask than contract a virus that could prevent from traveling to the Peruvian Amazon later this month.

“I absolutely need to pass my COVID test in order to do that,” Gordon said. “So I’m being extra precautious just to make sure even if I only get mild COVID, I still won’t be able to get on the plane.”

Taking extra precautions by only entering the event room virtuall is something Dr. Paulvin is OK with for now.

“Based on circumstances, that was my opinion,” Paulvin said.