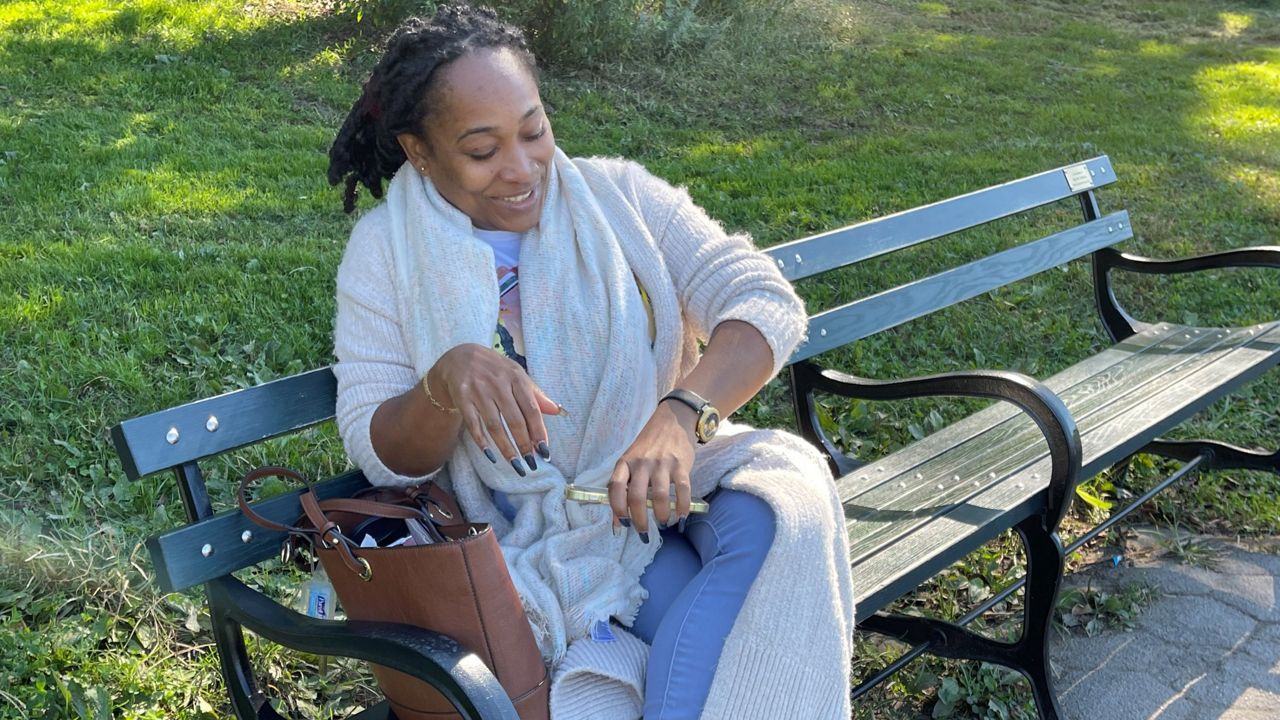 Calls for help: Domestic abuse services in demand during the pandemic

Stephanie Woodbine’s tattoo reads, "Patience is a cure for everything." She says it's a daily reminder of her personal journey.

"I feel like I had to live my life in survival mode for a very long time,” Woodbine said.

Woodbine is a survivor of an abusive relationship that lasted nearly two year. She left in 2017 — with the help of the Brooklyn Family Justice Center. It’s run by the Mayor’s Office to End Domestic and Gender-Based Violence, or ENDGBV. Now, she works with the agency, sharing her experience in hopes of helping others.


"I feel good about being able to kind of help people to get to the next step,” she said. “It doesn't just end with maybe just leaving or getting in touch with the cops. It’s an ongoing journey.”

While domestic violence is considered one of the most underreported crimes, calls to the city’s domestic violence hotline went up by 15% in 2020. ENDGVB says that while offering help remotely can be difficult, it also allows them to connect with more people.

“For people who going to a family justice center was more challenging, they were able to more consistently meet with a counselor, for example,” said Hannah Pennington, the Assistant Commissioner for Policy and Training for ENDGBV.

Day One is a not-for-profit working with young people to end dating abuse and domestic violence. Staff members say the demand for services more than doubled during the pandemic, and part of the increase may be a sign of the times.

"For many of the young people that we work with through the pandemic, the way that they've experienced violence has been through technology and online,” said Andrew Sta. Ana, the director of Law and Policy for Day One.

Beyond offering legal services and counseling, part of Day One’s outreach focuses on prevention. Zomely Grullon, an early relationship abuse prevention program educator, runs educational workshops at middle schools in the Bronx and Harlem, helping to identify what can be an unhealthy relationship.

“We believe you. We support you. You are not alone,” Grullon said — words Woodbine conveys to others. Her survival, though, provides the proof that they can do it too.

"We try to give these people hope,” Woodbine said. "Nothing lasts forever, no matter how hard it is right now.”