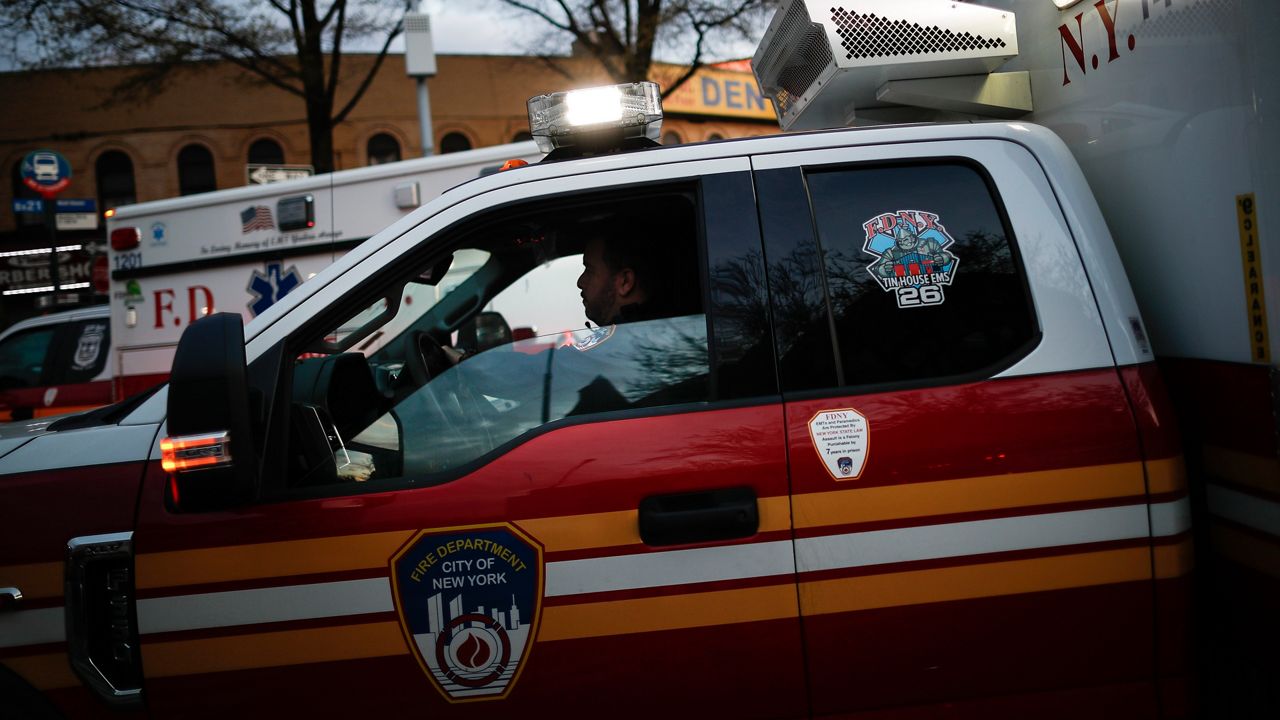 An April 23, 2020, file photo of an FDNY paramedic in the Bronx. AP Photo/John Minchillo.

NEW YORK — A program in Manhattan that sends uniformed paramedics and social workers — not NYPD officers — to deal with 911 calls involving someone having a mental health episode is growing.

The pilot program is called B-HEARD, which stands for the Behavioral Health Emergency Assistance Response Division.

Since June, it’s covered three precincts in East and Central Harlem. This November, it will expand to two more police precincts in West Harlem.

“For the first time, people are able to get emergency mental health care where they are when the crisis occurs, whether it’s in their home, on the street, in a park, in a shelter or even in a subway,” said Susan Herman, the director of the Mayor’s Office of Community Mental Health.

The Mayor’s Office of Community Mental Health was born from the city’s controversial ThriveNYC initiative, a set of mental health programs that critics scrutinized over its cost and effectiveness.

But the idea to send mental health workers and paramedics in place of NYPD officers was born from the initiative. In its first three months, B-HEARD teams, consisting of one social worker and two paramedics, took 342 calls, representing 23% of all mental health 911 calls.

Herman says it’s proving effective: People more often accept help from the teams rather than NYPD officers. And fewer people are taken to a hospital when the teams respond, compared to an NYPD response.

“Sometimes the uniform can be threatening, depending on who’s wearing it or how it’s perceived,” said Oren Barzilay, president of Local 2507, Uniformed EMTs, Paramedics and Inspectors. “But, overall, our crews are being received with no problems, so it’s effective.”

“Ultimately I’d like to see a higher rate of dispatch of these teams,” Levine said. “Right now in Central Harlem, I think its been about 20 % of the calls are taken by the B-HEARD team. I’d like to see that increase over time.”

Herman believes more cases can be rerouted to social workers, and wants this program to be in every precinct in the city.

“What we’re developing now are really our levels of resources, how many people we need on the EMS side to help triage these calls,” Herman said.

And Herman says they are hiring social workers, and plan to expand into the Bronx.