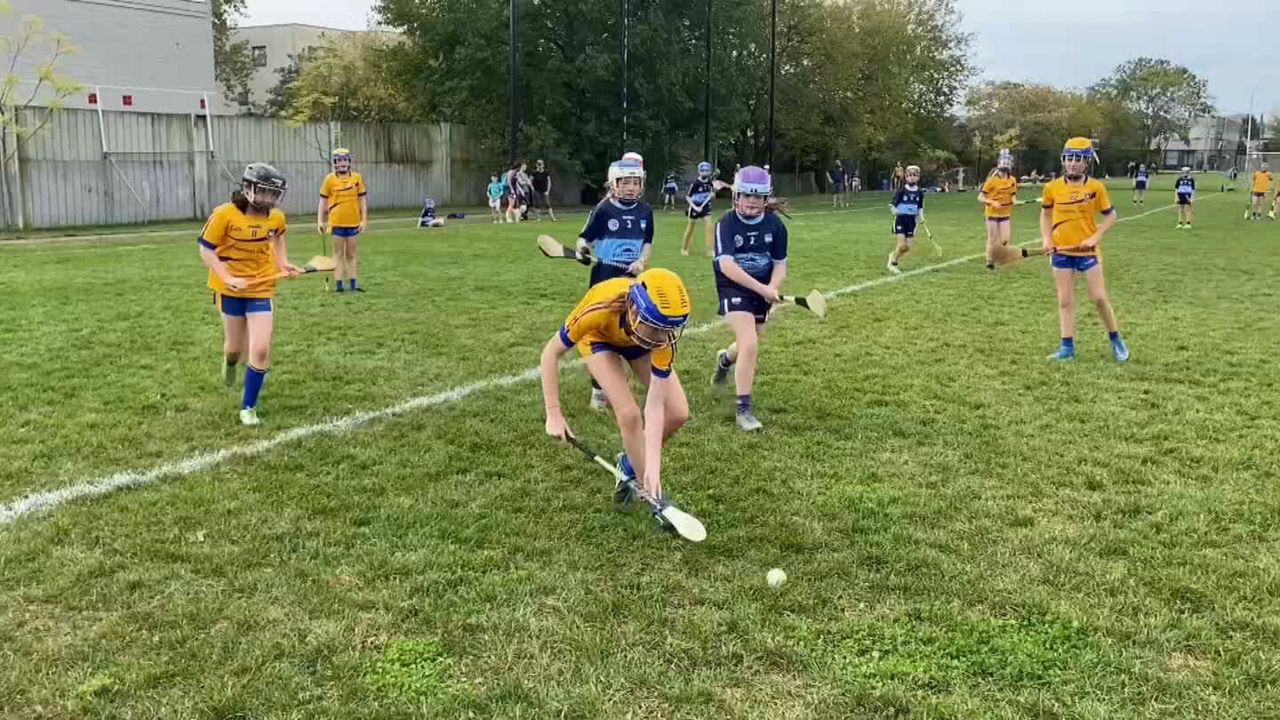 On a Sunny Saturday afternoon in Queens, there is some serious action going on in a game of Gaelic football, played by members of the Shannon Gaels. Gaelic football is a traditional sport of Ireland.

Gaelic football is one of three Gaelic games played by the nearly 20-year-old club in Queens. There's also hurling, played with a wooden stick and ball, and the similar camogie, played by women and girls in Ireland.

The club, members of the New York Gaelic Athletic Association, is celebrating the opening of a brand new facility at Frank Golden Park in College Point. It’s a full-sized field built specifically for Gaelic games, the culmination of a more than decade-long effort to make it happen.

"It's been a long haul but look at it here today,” said Emer Quinlan, treasurer for the Shannon Gaels.

The club’s Games Development Officer David McNamara, who came to the United States from Ireland three years ago, agrees. "These fields would be very comparable to anything you would see back in Ireland,” said McNamara, who does everything from coach to officiate to arrange training and games.

The field includes a new irrigation system, bleachers, and a scoreboard.

Shannon Gaels will maintain the field through an agreement with the parks department and other groups can use it when the Gels are not in action. The hope is more folks in the area will give Gaelic games a try.

"Hopefully these kids will stay at it and when they have kids, bring kids along, and that's our goal is to grow this even in the local community, not just Irish-American, but of all nationalities. Start playing these games because it's a great game, you know?" said Robert McDonaugh, the club’s chairman.

Young people who are already involved with the club have already figured that out.

"You can socialize with a lot of people and it's just a lot of fun,” said player Cara Gallagher.

Longtime Club Member Danny Corridan of Woodside, Queens, grew up in the club and still plays Gaelic football as an adult.

“For years we kind of jumped around between different fields, we never really had a home, so I finally feel like we have a home now,” said Corridan.