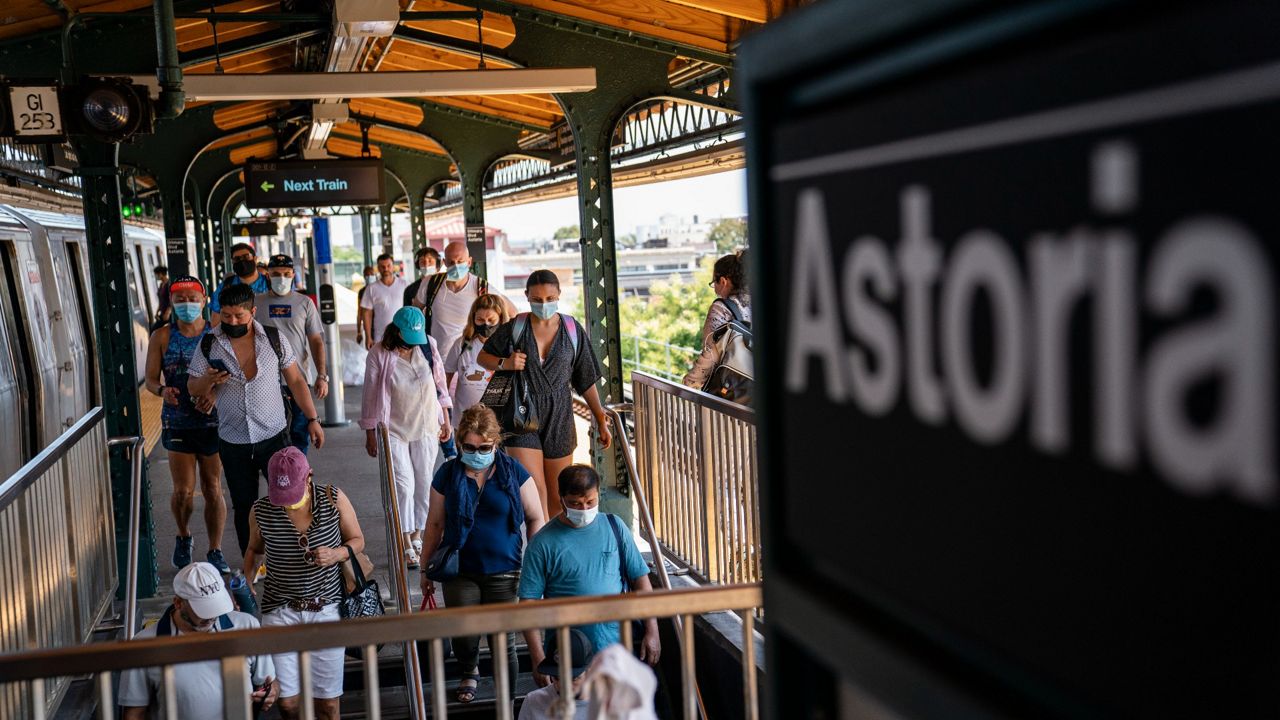 With the subway system getting more crowded lately, the MTA reports it is now topping three million daily trips on weekdays.

"It's actually been pretty quick, pretty happy with it," commuter Joe Mangan said. "Mostly, it's more difficult to find a seat, though, in the morning, which can be difficult before coffee."

Rush hour has been packed, standing room only, he said. And with more riders, "I found more delays, for sure,” Mangan explained.

Subway delays increased 78% this September, compared to the same month last year. But the MTA is trying to make up for that by making the trains go faster.

"Customers are on average waiting slightly longer for trains two years ago, but most of this time is made up because travel times are faster," said Demetrius Crichlow, the subway’s chief at NYC Transit, at Monday's MTA board committee meetings.

The MTA is trying to encourage as many people as possible to ride mass transit since ridership dropped during the pandemic. The MTA says, since that time, commuters have become less careful when taking the subway.

"Customer behavior changed as a result of the pandemic, resulting in increased slips, trips, and falls due to risky actions such as running and less use of hand rails and handholds," said Tim Doddo, acting vice president of system safety at NYC Transit.

And track fires increased to more than a thousand in the last 12-month period ending in September. Sometimes it's trash, like food wrappers, causing the flare ups, leading MTA board members to raise the idea of keeping food out of the subway

"There's best practices in other parts of the country or around the world that shows that passengers will be fine if they aren't allowed to bring food down into the subway station," said MTA board member Larry Schwartz.

Still, above all else, the one factor preventing the MTA from running full service is the lack of available crews. Last month, one in 10 rush hour trains did not run.

The MTA's subway chief said he's dealing with the crew crunch by offering overtime, getting retired workers to come back to the transit system, while the agency hires and trains conductors and operators.