World view of U.S. boosted in Biden's first months, with room to win over wary allies

The world’s view of U.S. leadership rebounded in President Joe Biden’s first six months in office, according to a new survey spanning dozens of countries, though the United States still has plenty of room to improve its global image after former President Donald Trump distanced himself from allies and international cooperation.

In Gallup’s yearly report tracking world leaders released Tuesday, President Biden’s first months boosted the U.S. to a median 49% approval among 46 countries, up from 30% in 2020.

The survey results come at a fragile point for the Biden administration’s standing in the world after the events of late summer, including a chaotic withdrawal from Afghanistan, a tiff with France over a submarine deal and the way the U.S. has managed its vaccine sharing with the world.

In response, President Biden in his first speech to the United Nations last month promised an era of “relentless diplomacy” between the U.S. in the world, a message heard by some skeptical allies.

But it was a similar pledge to one he made when first taking office, and that promise to return to engagement is what’s most reflected in Gallup’s latest world poll, which shows an overall swell in support once President Biden entered the White House.

“It was about a commitment to a return to these multilateral institutions, a return to normalcy,” said Dr. Lara Brown, director of the Graduate School of Political Management at George Washington University. “There was a lot of hope and expectation.”

Dr. Brown pointed to Biden’s previous political and foreign policy experience and favor of traditional alliances, plus his early actions like rejoining the Paris Agreement on climate. 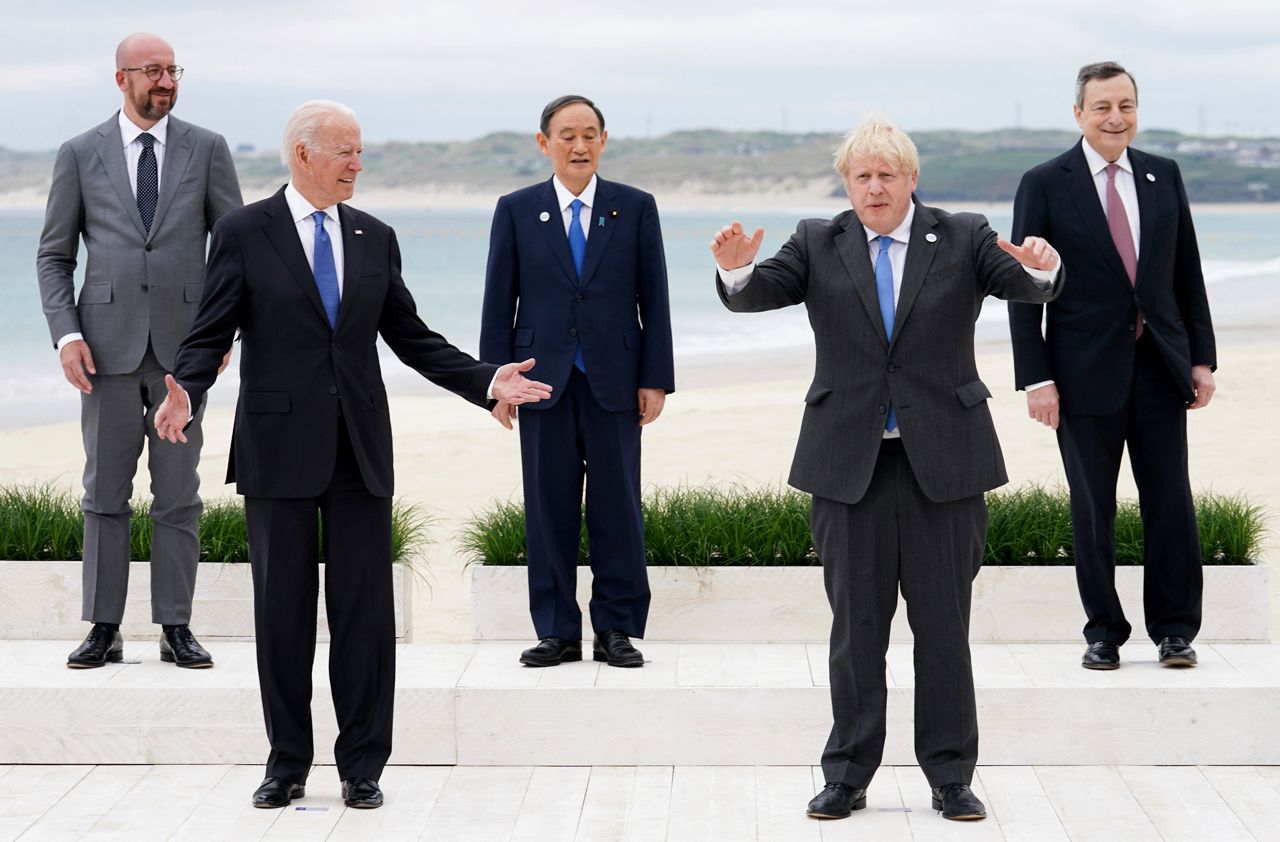 But not every ally’s opinion has bounced back to the level it was prior to President Trump's tenure, including the U.K., Canada, France and Japan.

“Once trust is lost, it takes time to regain it,” Dr. Brown said. “This is true at the interpersonal level, and it is true at the foreign relations level.”

That could be partly the lasting effect of Trump’s approach to foreign policy, which included stark criticism of NATO, cutting ties with the World Health Organization, and clashing with leaders of key allies while also sitting down with the traditional adversaries like North Korea and Russia. But countries typically aligned with the United States may now also be doubting how much President Biden is a departure from former president Trump’s “America First” policies.

Importantly, Gallup’s world poll was conducted before the U.S. withdrawal from Afghanistan and the chaos surrounding the last-minute evacuation of thousands of Americans and Afghans out of Kabul.

The approach irked allies from Germany to Canada, and the majority of Americans disapproved, too.

“I do think that the Biden administration has been focused on the United States, because American distrust of the federal government has been so high,” she added. “You have to attempt to meet Americans’ expectations while at the same time keeping an eye to the rest of the world.”

President Biden has sought to quell concerns since then.

“As we close this period of relentless war, we're opening a new era of relentless diplomacy,” Biden said at the United Nations headquarters last month.

In Gallup’s report, Germany remains the highest-approved country for world leadership on most continents, while the U.S. wins out among African countries with a 53% median backing.