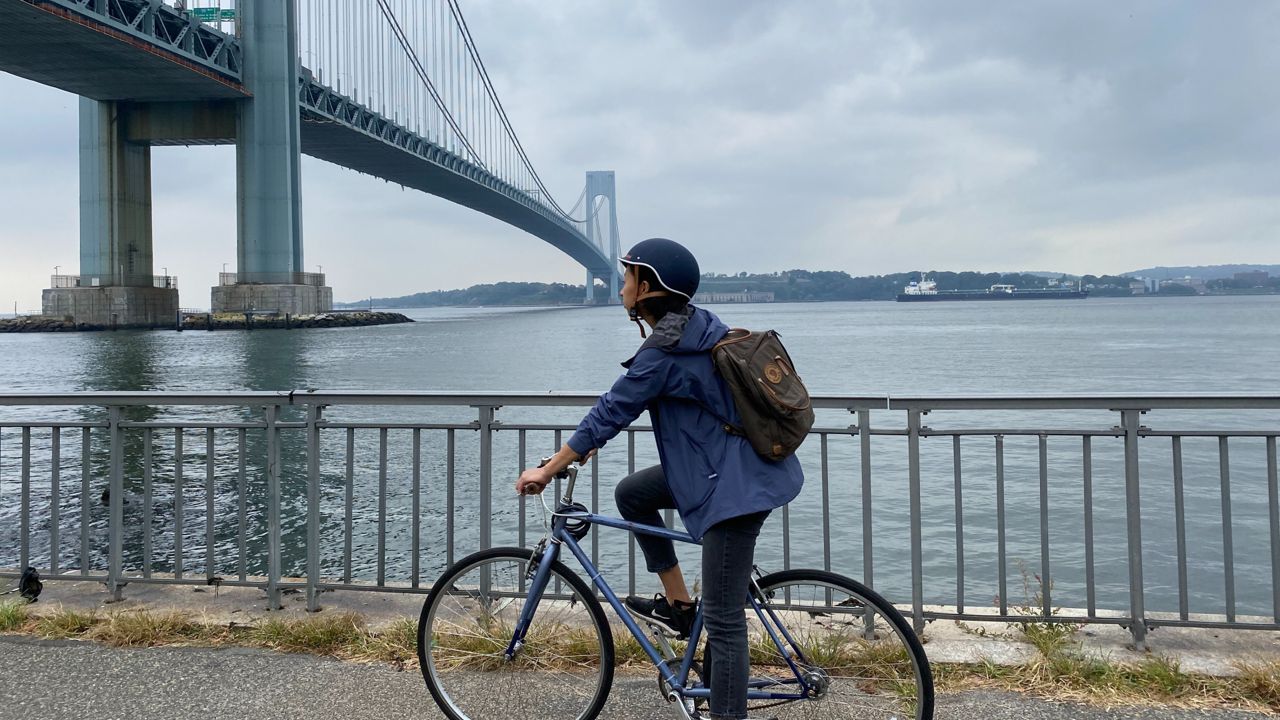 Photo by Justine Re.

Sophia Zhou has a special appreciation for bike riding. On this day, she rides at the Bay Ridge Promenade.

“I grew up in Sunset Park, Brooklyn biking. I didn’t grow up with a car so biking was a means for exercise, but also as I got older [it became] a means of transportation,” said Zhou, the co-chair of Harbor Ring said.

She is so passionate about cycling she is fighting for the Harbor Ring project. If completed, it would create a ring shape of bike and pedestrian space around New York Harbor.

“Harbor Ring is a 60 mile recreational route along New York Harbor and basically our last missing link is the Verrazzano Bridge right over here,” Zhou said.

Harbor Ring’s most recent goal is to get a protected bike and pedestrian lane installed on the Verrazzano Bridge.

Zhou said the group is even more focused on accomplishing this since the Brooklyn Bridge got a protected bike lane in September.

"We've seen it on the Brooklyn Bridge where it is a perfect example where they install physical barriers between the car lanes and protective fencing as well so it is very safe. It would start on the lower ramp of the Verrazzano and taking one of the 13 lanes going to Staten Island,” Zhou said.

Without it, there is no path to travel by bike to Staten Island from Brooklyn. Instead, traveling between the two boroughs on two wheels requires a bike rack. Not all buses have them.

An MTA representative told NY1 "In looking for solutions for cyclists, the MTA has recently brought bicycle racks to the S53 and S93 buses that cross the bridge. We prioritized these bus routes specifically to enable cyclists to travel between Brooklyn and Staten Island."

Zhou hopes the Harbor Ring project will one day close the loop for cyclists to pedal themselves from borough to borough.

"People are relying more and more on a safer, more reliable and greener way of transportation — that's what biking is,” Zhou said.