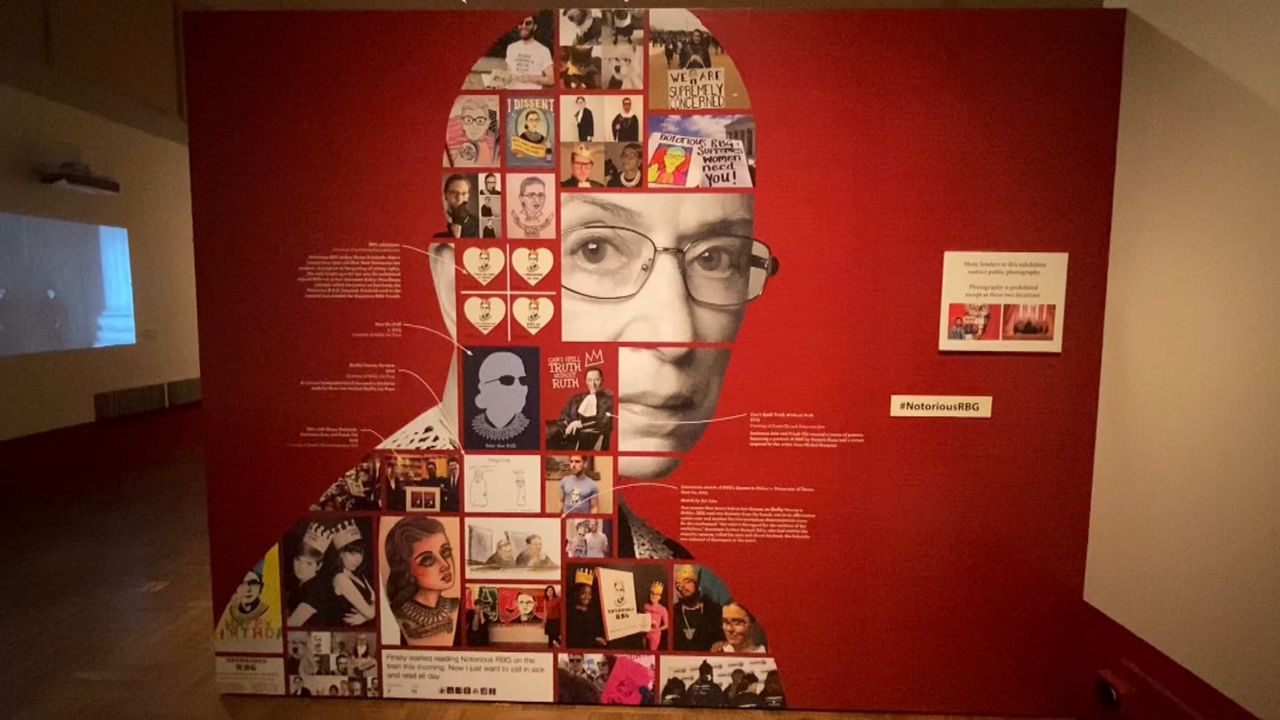 From Brooklyn to the Supreme Court: The Notorious RBG

It’s where it all started for the late Ruth Bader Ginsburg, the trailblazing Supreme Court justice and cultural icon: A re-creation of her childhood home in Midwood, Brooklyn is part of an exhibition at the New-York Historical Society on the Upper West Side called "Notorious RBG: The Life and Times of Ruth Bader Ginsburg."


"The story about how she became notorious comes about after a series of dissents in the early 2000 teens, in 2013 around voting rights in the Shelby vs. Holder decision, and a young law student at the time, made a hash tag and a Tumblr, Notorious RBG, and the idea exploded," said the Historical Society’s Mellon Postdoctoral Fellow in Women’s and Public History Anna Danziger Halperin.

Before she became the Notorious RBG, Ginsburg was a girl from a working class immigrant family, who went from James Madison High School to Cornell University and then to Harvard and Columbia Law Schools. She was a wife, a mother, law professor, lawyer and eventually on the bench of the highest court in the land, along the way working to protect civil rights and foster equal opportunity for Americans.

"The exhibition is about carrying on her legacy of expanding the constitution, expanding who is included in we the people, so it's a continuing story," said Danziger Halperin.

To tell that story, there are items like Bader Ginsburg's robe, portrait, a look at her visit to the historical society in 2018 for a naturalization ceremony. There are the tributes around the five boroughs after her death last year and a re-creation of her desk featuring family photos. Danziger Halperin says while RBG was an icon, she was also a real person.

"We want our visitors to walk away with is a sense that although the justice has passed, we can all carry on her legacy," said Danziger Halperin.

Notorious RBG will be on display at the New-York Historical Society through Jan. 23.