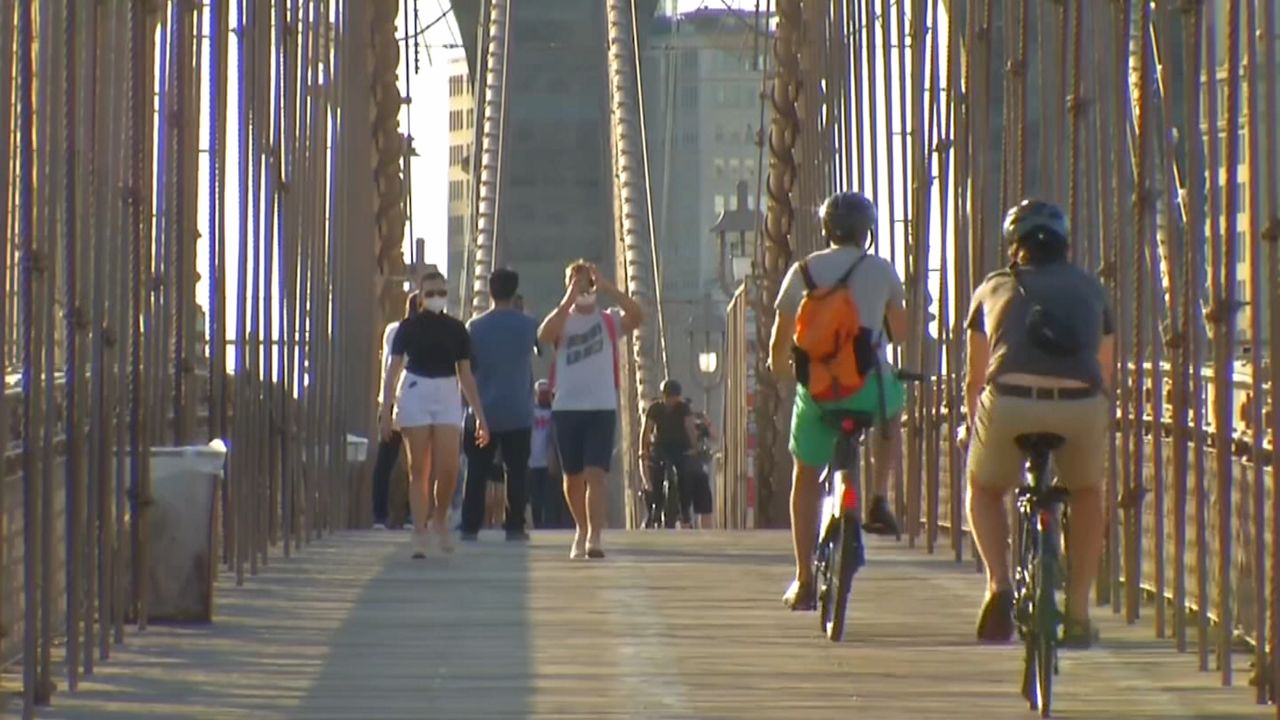 The number of people taking mass transit and driving plummeted in the pandemic.

But bike traffic increased 33%, when comparing the period between May and December, 2019 to 2020, the year the city was gripped in the pandemic.

That equaled an additional 1.8 million trips.

"Cycling in New York City is a thing, it's permanent and it's growing," Transportation Commissioner Hank Gutman said.

The Department of Transportation tracked the growth in cycling over the pandemic using automated counters on city bridges and some bike paths.

With more cyclists hitting the road, the city highlighted some of its improvements to the street scape.

And this summer, the city opened a new bike lane at the Brooklyn Bridge, taking a lane of traffic from the Manhattan-bound side and turning it into a two way bike lane.

“It seems like it is actually spurring new ridership. People who weren't riding before, they weren’t trying it out, they are shifting to the bridge,” Sean Quinn, assistant commissioner at the DOT, said.

Gregory Snyder, a cyclist who bikes for his commute, says the bike lanes are getting more crowded, including those on electric-powered bikes.

“More bikes is great, but cyclist education, sometimes bike lanes don’t always do it,” Snyder said. “So I think the solution is not just bike lanes but an overall comprehensive strategy.”

While more New Yorkers took to two pedals, this past summer was the deadliest for everyone on the streets, with 77 fatalities, since Mayor Bill de Blasio took office, according to the cycling advocacy group Transportation Alternatives.

"We know that this has been one of the more dangerous years for people who are biking so when we build infrastructure like what the city has done this year, we're going to held reduce those numbers,” said Juan Restrepo, an organizer at Transportation Alternatives.

Still, the transportation commissioner said bluntly it is safe to ride a bicycle in the city.

“The fact that there are more cyclists on the road plus the things we've done in terms of the architecture to try and make them safer and, I don’t wanna jinx us, has had an effect,” Gutman said.