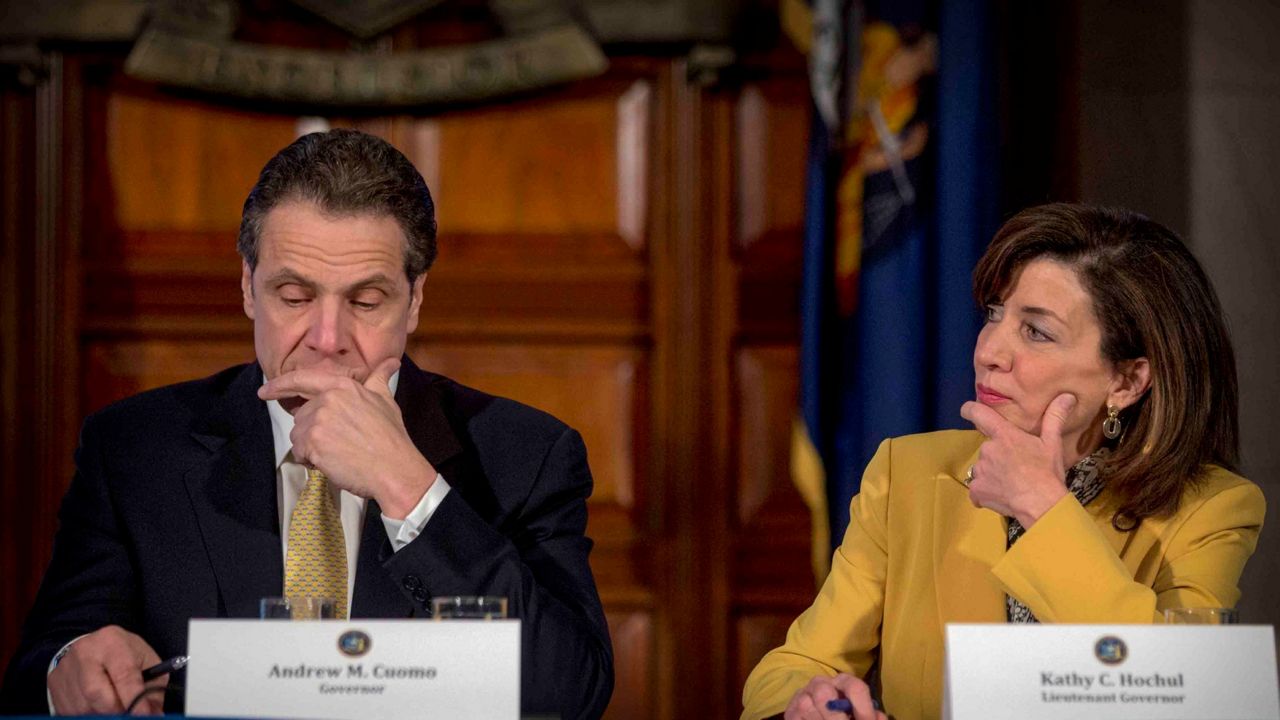 Gov. Kathy Hochul says former Gov. Andrew Cuomo didn’t want her to be his running mate in 2022 and was prepared to push her off the Democratic ticket.

Speaking to reporters in Manhattan on Wednesday, Hochul confirmed the story that was first reported in the New York Post.

“It’s an open secret that we are not close. This was attempted at the end of the 2014 primary, there was an attempt in 2018, and I’m still standing. I believe I have a right to represent the people who put their faith in me,” Hochul said.

A source close to Cuomo confirms Hochul’s account, saying Cuomo wanted a woman who wasn’t white as his running mate.

Hochul served as Cuomo’s lieutenant governor from 2015 until this August, when Cuomo resigned amid a looming impeachment investigation by state lawmakers.

The governor also offered an explanation of why she never called for Cuomo to step down as allegations of sexual harassment mounted against him earlier this year.

“I did call for the resignation late in February - I’m sorry, I mean I actually called for a study,” Hochul said. “That was the appropriate step because I think everybody understood as the next-in-line it would look somewhat self-serving. I said, ‘I want a full investigation. I will stand by the results of that investigation.’ That’s exactly what I did.”

.@GovKathyHochul confirms @bern_hogan & @ccampy report that Cuomo team tried to throw her off the ticket. Says it’s not new, since they tried to do that previously as well.

Asked why she didn’t call on Cuomo to resign sooner, Hochul says that would have “seemed self-serving.” pic.twitter.com/nLbSnQg0Dv

Hochul also confirmed she will have an announcement Thursday about Cuomo holdovers in her administration who will be moving on.

“There will be some who stay, and some who won’t,” Hochul said. “They have been rolling out. We’ve seen a number of places where decisions were made to bring in new blood.”

.@GovKathyHochul tells @andrewsiff4NY there will be an announcement about staff changes in her administration tomorrow. Anyone named in the Cuomo sexual harassment report from August will be GONE.

Shortly after taking office, Hochul said she would take 45 days to evaluate her staff and which holdovers can stay. That period ends this week.