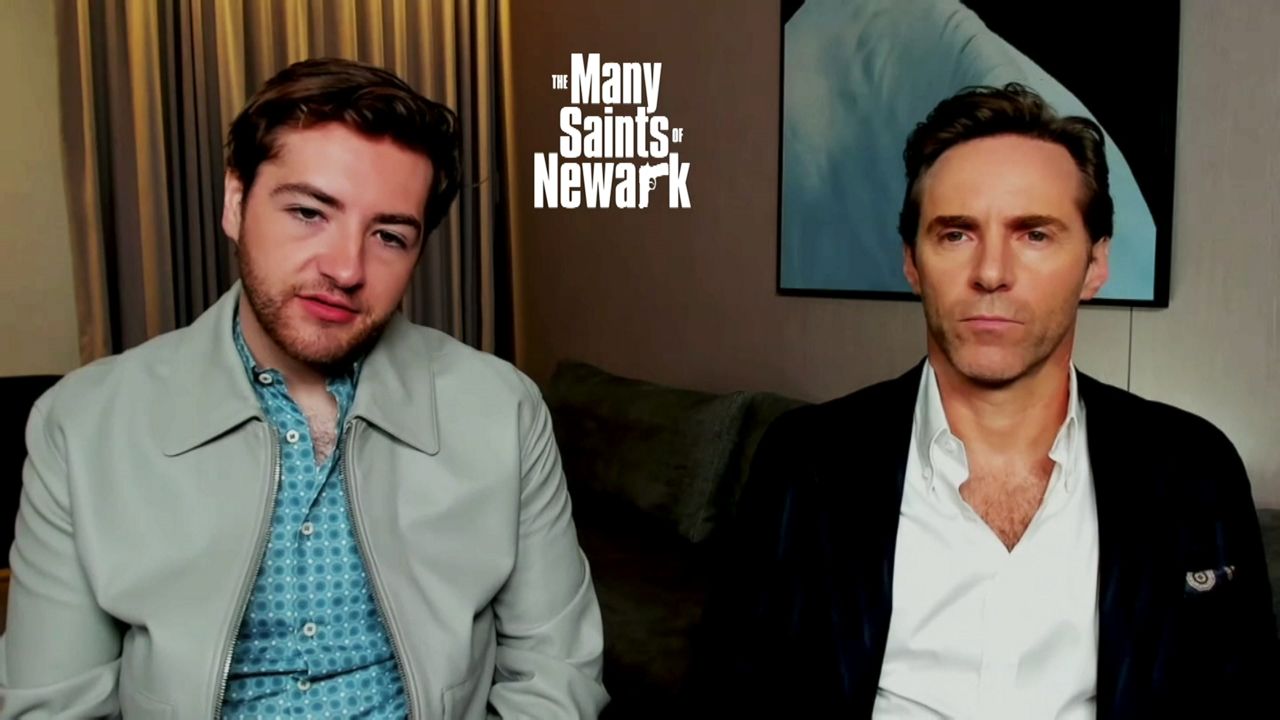 "The Many Saints of Newark" stars Michael Gandolfini (left) and Alessandro Nivola (right).

NATIONWIDE — "The Sopranos" is back, in a way. Creator David Chase takes the television mob family back in time and to the big screen for the new movie "The Many Saints of Newark."

The film is a prequel to the hit series that ran for six seasons on HBO. The movie is set in the late 60s and focuses on Dickie Moltisanti, the mentor of the future mob boss, Tony Soprano.

Moltisanti was mentioned often in the TV series, but he was not seen in the series. Actor Alessandro Nivola plays Moltisanti. He said Chase made it easy to create the character.

"David really let me off the hook by telling me that everything that everybody said in the show about Dicky Moltisanti you know, that I should ignore all of it because they're all liars," Nivola said.

In a moment of movie magic, actor Michael Gandolfini plays the younger Tony Soprano. It's the character his late father, James Gandolfini, made famous.

Gandolfini said the role was a gift but daunting.

Gandolfini said he kept his mind on the job at hand, not the personal history.

"It was mostly about doing the best job that I could as a young actor and not worrying too much about you know, the other stuff,” said Gandolfini.

Actor Ray Liotta joined the Sopranos family as the character Aldo "Dicky Hollywood" Moltisanti. Liotta said you don't have to know the television series to enjoy the film.

"It was just really a fun movie to take on," said Liotta. "There are characters that you see a younger period in their lives, but it is a movie unto itself."

"The Many Saints of Newark" is playing in theaters now.