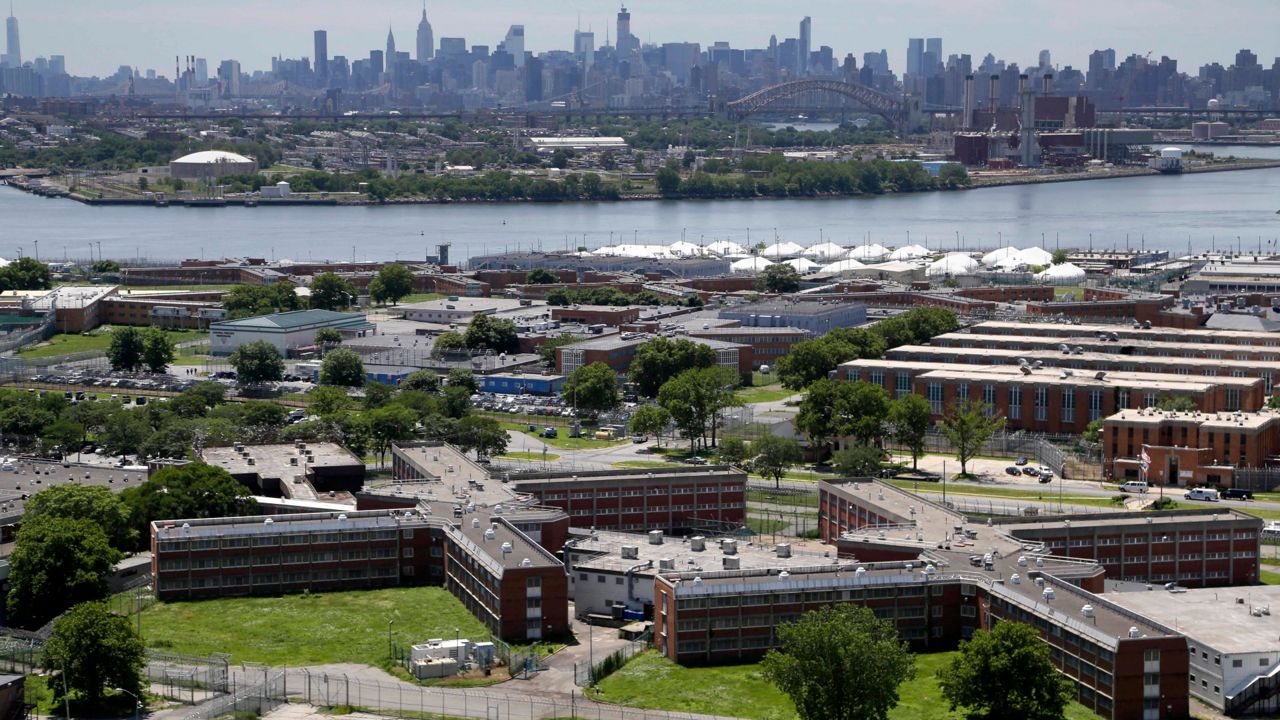 New York lawmakers on Capitol Hill are expressing frustration with the situation at Rikers Island, with some members of the delegation eying a potential federal response to the conditions at the sprawling city jail.

Bronx Congressman Ritchie Torres, who argued there might need to be a federal intervention, said the U.S. Department of Justice would “certainly have the authority” to conduct an investigation of whether the civil rights of inmates and detainees are being violated.

“The situation is not only unacceptable, but I suspect it's illegal,” Torres said. “It’s a violation of civil rights.”

Rikers Island has been under scrutiny for some time, with the latest crisis stemming from insufficient staffing and a rising jail population. At least 11 inmates have died this year, including several by suicide.

The jail is already under a federal consent decree dating back several years, aimed at improving conditions there.

“Rikers is almost the equivalent of a failed state,” Torres said.

“We heard multiple stories of incarcerated people not receiving medical attention that they need, not getting their medication,” said Rep. Jamaal Bowman, who represents the Bronx and Westchester County. “We saw in intake … the barbaric treatment of human beings.”

“These are the most vulnerable of our population, and especially in times of COVID, we have to do right by them,” said Queens Rep. Grace Meng.

Earlier this week, Reps. Bowman, Alexandria Ocasio-Cortez, Nydia Velazquez, and Jerry Nadler sent a letter to Gov. Kathy Hochul and Mayor Bill de Blasio, likening the situation at Rikes to a “humanitarian crisis” and arguing that hiring additional correctional officers will only “exacerbate” the issues there.

Instead, they said, they “strongly believe that those who are detained at Rikers should be immediately released and the facility shut down.”

People at Rikers Island are forced to live in deplorable conditions.

The only plausible solution is to decarcerate and shut down this institution. @RepAOC, @RepJerryNadler, @NydiaVelazquez and I wrote to @GovKathyHochul and @NYCMayor requesting just that. pic.twitter.com/afA7sddpHW

That proposal was roundly rejected by de Blasio on Wednesday, who said that while Rikers does need to close, “the answer is not to just open up the gates.”

The idea left other New Yorkers like Torres with questions. “We have to fundamentally improve the conditions at Rikers,” he said. “But if you were to shut it down tomorrow, where would those detainees go?”

“We have to figure that out. Some advocates say, ‘Listen, ankle bracelet in the home is much better than what's happening there.’ And I support that, too,” he said. “Every circumstance is different.”

More broadly, Bowman stressed that while people who commit crimes need to be held accountable, there also needs to be rehabilitation.