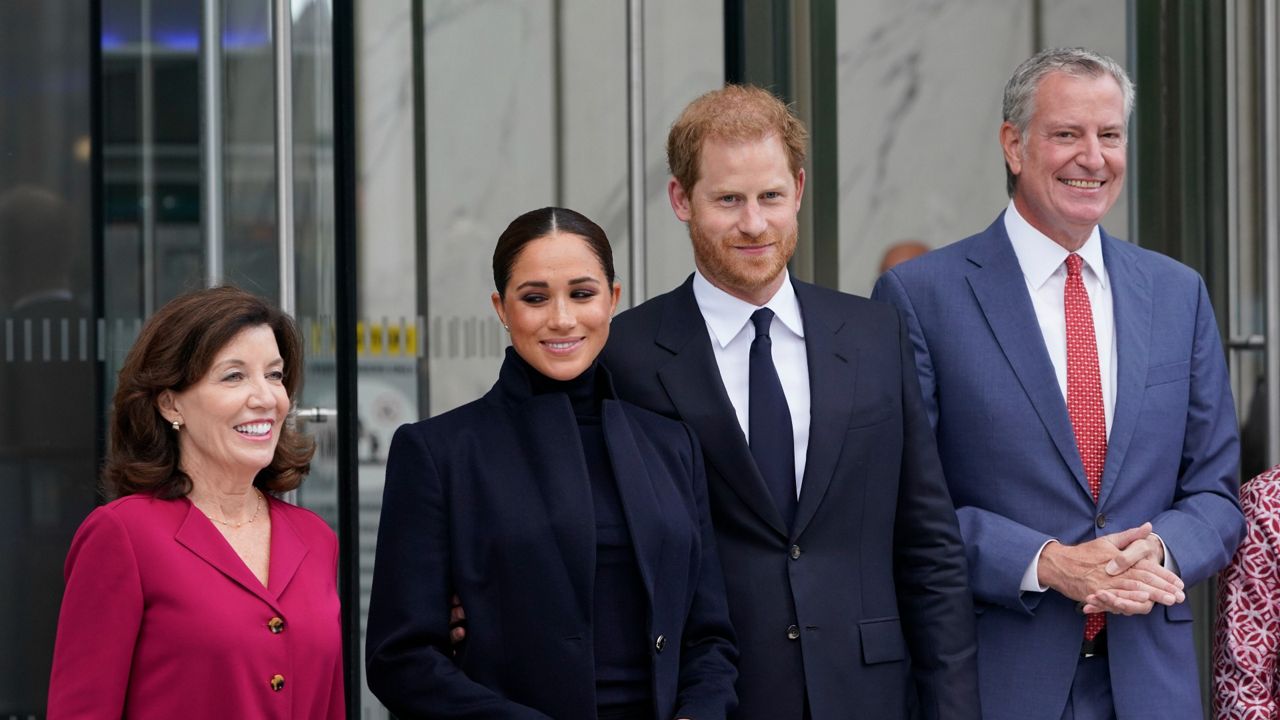 The mayor is facing criticism from all sides for spending time with royals on Thursday instead of visiting Rikers.

De Blasio toured the correctional facilities in his first year as mayor.

“We know the history, it is a very troubling history,” he said from Rikers in 2014.

He said he’d go again, but hasn’t committed to when.

He forcefully rejected the notion that he made time for celebrities, but not the deeply troubled complex.

“It’s not about time,” he told reporters Thursday. “I’ve been very clear about that. I am focused on making the changes we need to make at Rikers.”

De Blasio added: “I’ll be touring it but I want to get more of these pieces in place first before I go out there.”

The city’s sprawling jail complex is on track to close eventually.

It is a dangerous setting for detainees — including those awaiting trial — and correction department staff.

“I don’t begrudge anyone having some fun, but if you’re going to make time to One World Observatory, both the mayor and the governor, you should make time to go to Rikers Island,” Public Advocate Jumaane Williams said on “PIX11 Morning News.”

“I couldn’t imagine hanging out with Harry and Meghan when you have people in your custody that are dying from a lack of staff,” City Council Member Joe Borelli said at a Rikers Island news conference.

Activists concerned about the living conditions for detainees say the conditional release of people by de Blasio is as important as a visit by him.

“You don’t have to visit a place to know it’s horrible, right?” said Donna Hylton, founder of the organization A Little Piece of Light. “And so if you want to go have time with Prince Harry and Meghan, I mean, that’s fine and well. But make sure you take care of home first.”