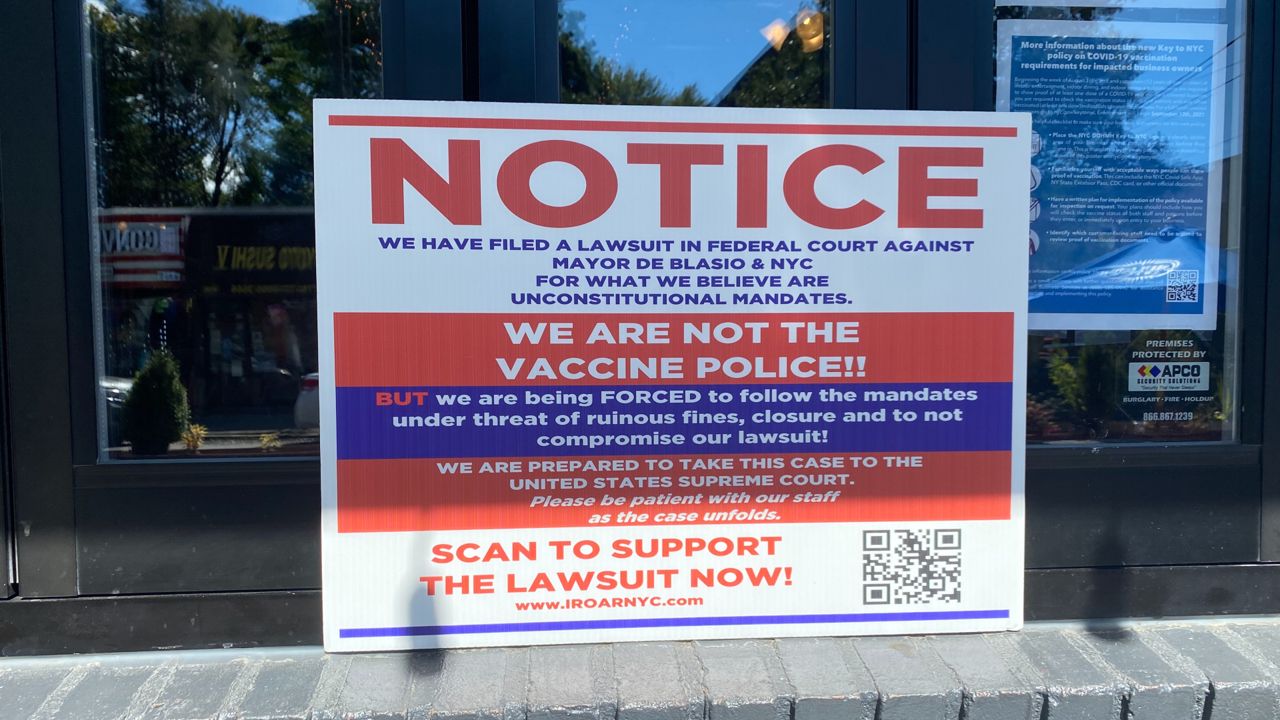 So far, the city says it has issued no fines since it started enforcing a vaccine mandate at certain indoor businesses last week.

Despite the leniency, some restaurants owners say the new mandate is debilitating.

“It’s gonna hurt my business for me to lose customers, to lose relationships with customers. We’re a neighborhood restaurant,” said Felici.

It’s been a week since the city started enforcing its vaccine mandate to dine indoors. One shot and you’re in.

“They’re making us police this. We are getting the ripple effect. We’re getting assaulted for it, accused for it whatever you wanna call it. That's it. Period. It shouldn’t be us,” said Felici.

Inspectors so far haven’t given out any fines to restaurants not asking for proof of vaccine, which could reach thousands of dollars for repeat offenders.

So far, they’re just handing out warnings. Felici’s restaurant has not been warned, but he says the signs the city gives restaurants to put on the windows are misleading because they do not mention that the unvaccinated can eat outdoors and a restaurant has outdoor options.

“You’d be surprised how many people are confused about what’s allowed and what’s not allowed. If you read that, it makes it sound like you cannot come into my restaurant for dinner if you do not have the vaccination,” said Felici.

Tom Casatelli owns the Kettle Black and Ho’Brah in both Brooklyn and Staten Island. He says his business has been fined by inspectors claiming COVID precaution violations in the past. But this new mandate has brought even more challenges.

“You’re already struggling and like a lot of small businesses you’re getting hit with fines on top of reduced seating, reduced revenue, reduced ability to staff your restaurant and increase your payroll,” said Casatelli.

He says it’s not just for his business.

The Mayor’s Office responded that it’s more than happy to take the blame for the policy in order to protect service workers and save lives, noting it’s providing training to restaurants that want it and emphasizing that it has not yet issued any fines.