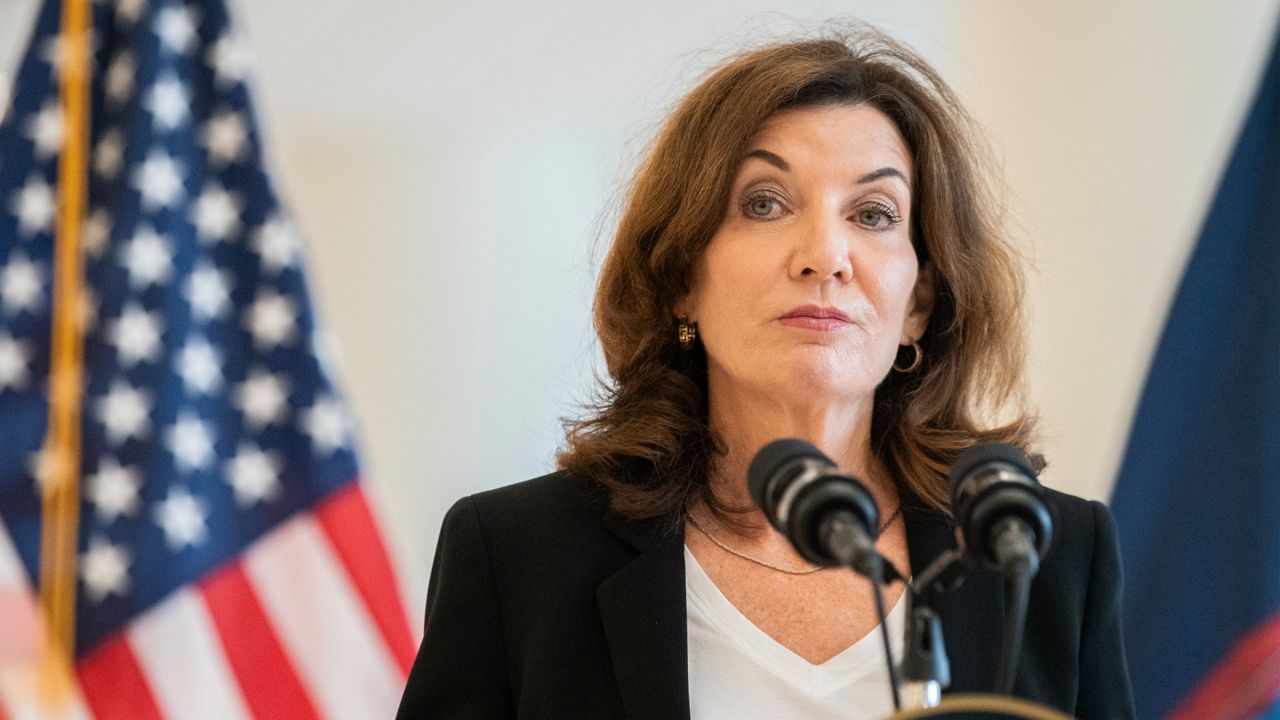 Ahead of Tuesday’s JCOPE meeting, Gov. Kathy Hochul announced two new appointments to the embattled ethics commission. One of those was Acting Chair James Dering, who previously worked for former Gov. Cuomo. Critics immediately said the appointment sent the wrong message. Hochul defended her decision at a briefing Wednesday.

“What happened yesterday was the result of two resignations. In order for there to be any business going forward, I had to appoint somebody,” Hochul said. “And that was the circumstance yesterday. I had to find an individual. And individual who was highly recommended, who has credentials.”

Asked why she appointed James Dering, a Cuomo holdover, Acting Chair for JCOPE, the troubled state ethics entity, @GovKathyHochul defends the move and says “We needed someone” to do the job.

Alessandra Biaggi, the Chair of the State Senate Ethics Committee, declined to speak on camera but tweeted after Dering’s appointment: “If nothing else, it certainly does not signal a seriousness about ethics, which is clearly one of the most important ways to distinguish this administration from the previous one.“

Last year, JCOPE allowed Cuomo to receive a $5 million advance on a book he wrote about the pandemic.

Sources say an Assembly investigation has since found that Cuomo used state resources to write that book, despite assurances he made that he would not, in order to receive approval.

This week, the JCOPE commissioners narrowly voted against clawing back that approval. And Dering was one of those voting to let Cuomo’s $5 million advance remain intact.

“I am not going to render opinions, because I don’t believe it is my place to do so,” Hochul said. “If anyone is going to question my independence on this, start with the statement I am offering now. I will not interfere with what JCOPE does. I am not going to comment on their investigations. That’s wildly inappropriate for me to do so.”

Hochul says she favors a complete overhaul of JCOPE, since the commission hasn’t really functioned properly since its inception. But that’s a much longer process involving the legislature, likely to get taken up next year.