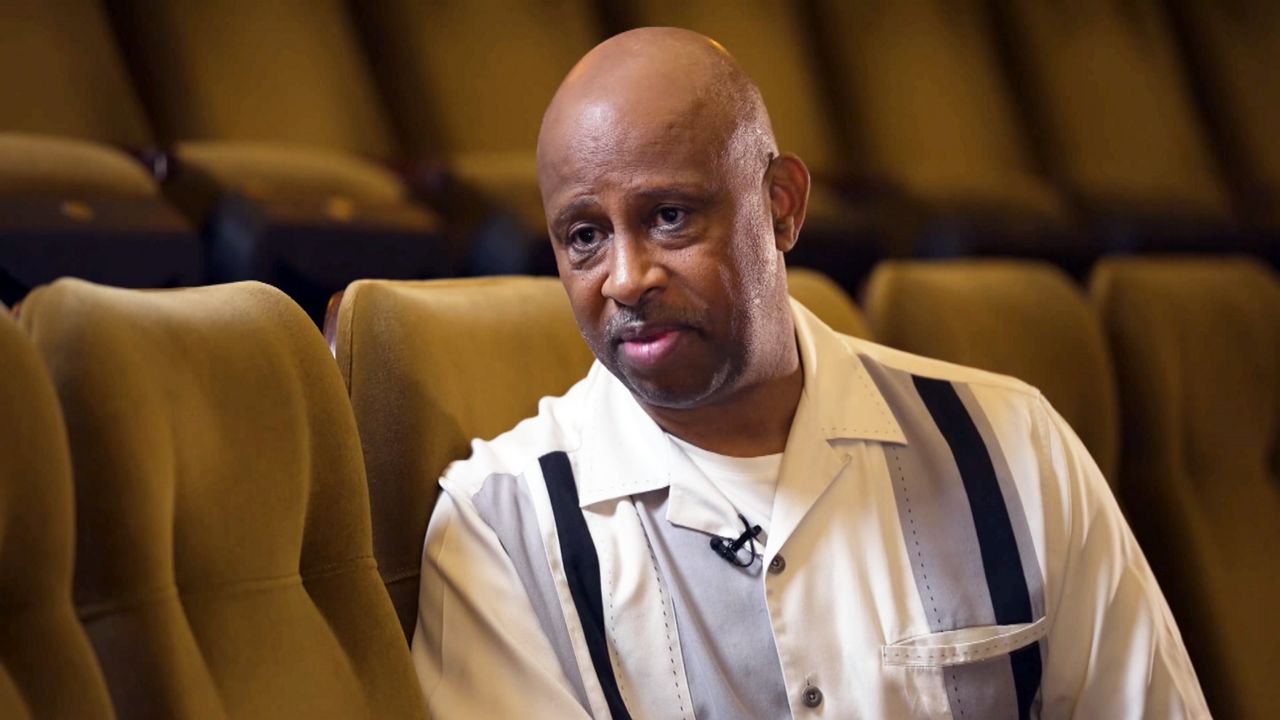 NEW YORK — Tony Award winner Ruben Santiago-Hudson is at the forefront of fighting to make the American theater a more equitable place.

"This cannot be a moment. It has to be a movement. It has to have a continuum for it to have a real effect for generations to feel the effect of what we're doing right now," enthused Santiago-Hudson.

He's making history by reopening Manhattan Theater Club's Broadway home with his autobiographical play "Lackawanna Blues". It’s a show that celebrates the woman who raised him: Miss Rachel, affectionately known as Nanny. In addition to being the writer, director, and performer of the production he's also now serving as an artistic advisor for the company.

"To bring me on meant that this is way beyond lip service at Manhattan Theater Club. Immediately I saw change when I came here. Was it all I wanted? No. Did I expect to get all I wanted? No. Am I getting there? Yes," said Santiago-Hudson.

Santiago-Hudson added some major changes to the theater including hiring two black female stage managers for his show.

"I found the finest I could find for this, for the finest project I can direct right now," said Santiago-Hudson. "And I came to what I thought was the finest company to do it. If you look at this theater, this, and I say it without any trepidation, is the finest theater on Broadway and coincidentally, a little trivia, the young lady who is my stage manager is Nanny, who raised me, her great niece. It's her great niece. And she's a professional stage manager."

NY1 got to see his stage manager and the rest of the crew in action during the show's first tech rehearsal.

"Just being back in the theater gives me chills, you know, because for the last 40 or so years, every year of my life, I've been in the theater, whether I was witnessing a play or being a part of a play. And so I'm grateful," said Santiago-Hudson.

"It just was incredible to see these extraordinary artists interpret these characters and they all brought something special to each character," said Santiago-Hudson. "And the difference with me, I know how these people smell. I know what they like to eat, how many teeth they have in their head, you know? How they walk. The cadence. So I bring another different, special aspect to them I think."

Santiago-Hudson says being back on stage means the world to him.

"And when I walked into this theater, I started tearing up, you know, I'll start crying now, but I won't, but, [tears up] to honor, not only Nanny, but all of the Black women that wiped our little snotty noses and spanked our bottoms and made our lunches and sent us to nursery school taught us things about how to be a man to honor them. It just means the world," Santiago-Hudson said.