NEW YORK — Thurman Young on Monday was mourning the loss of his daughter Shanice Young.

He says he was at her baby shower just minutes before she was fatally shot at West 128th Street and Frederick Douglass Boulevard in Harlem around 1 a.m. Sunday.

“My daughter was the most beautifulest woman in the world. She stepped up when her mother died, took care of her little sister and her brother,” said Young. 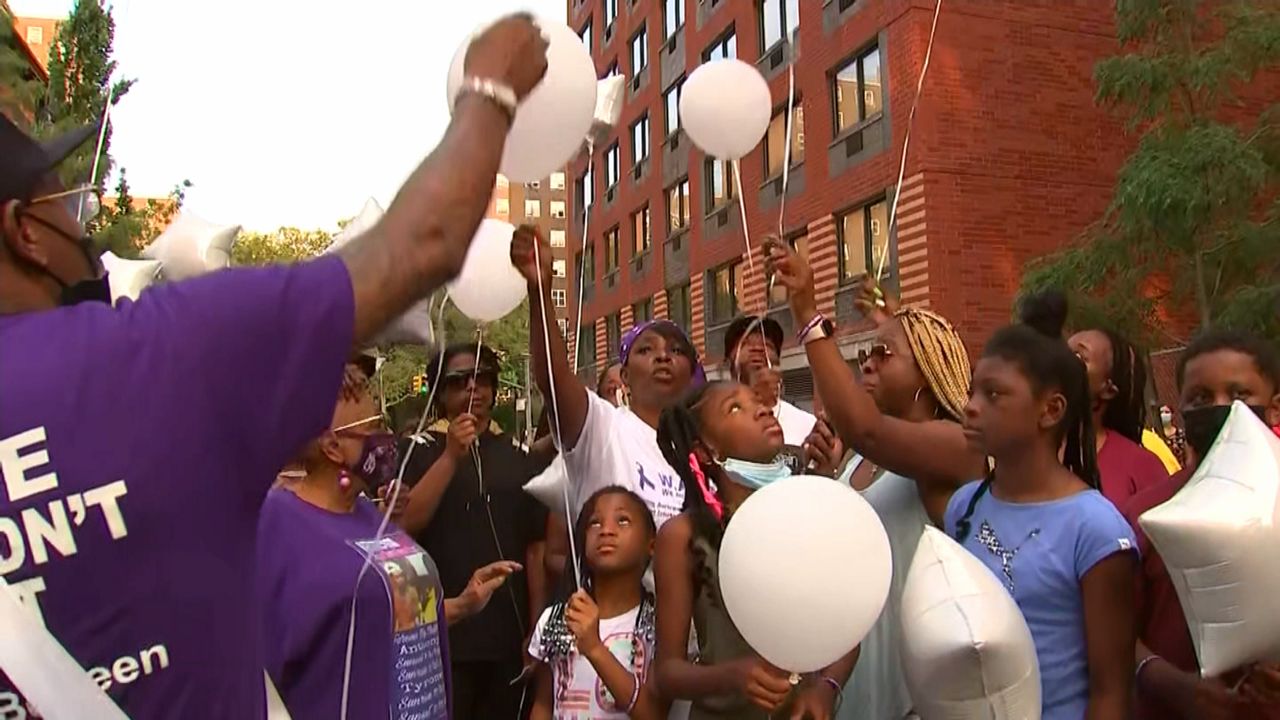 Nonprofits including Harlem Mothers SAVE and W.A.R.M. organized a vigil Monday night for Shanice Young.

Family members, elected officials and community leaders joined for a vigil Monday evening at the site of the shooting.

Relatives say the gunman is an ex-boyfriend of the victim. They tell NY1 Young was a mother of two and expecting her third child soon, who also died.

“You never know what it’s like, until it happens to you," said Diedra Thomas, a relative of the victim. "There are two children that is the motivation and the concern to ensure that they make it. It’s about them, period. And that’s all that I’m here for, to ensure they beat the odds. They don’t have their mother and the way that it was done is horrific."

Nonprofits including Harlem Mothers SAVE and W.A.R.M. (We All Really Matter) organized the vigil.

Investigators say there was a dispute between between Young’s current and former boyfriends before the 31-year-old victim was shot in the face. Young's relatives are just trying to make sense of the tragedy.

“I don’t have much to say, I just have a heavy heart,” said Thomas.

Young’s family and friends are calling for the suspect to turn himself in. Police say no arrests have been made.