A collection of photographs of the 40 people that died in the crash of Flight 93 in the 9/11 terrorist attacks of 2001 is one the exhibits at the visitors center of the Flight 93 National Memorial, Saturday, May 8, 2021, in Shanksville, Pa. (AP Photo/Keith Srakocic)

Remembering the victims of Flight 93: What happened to the fourth plane on 9/11

The flight’s near-45 minute delay would prove to be pivotal. The four hijackers on board intended to crash the plane, which was bound for San Francisco, in the Washington, D.C. area, likely aiming for the U.S. Capitol or the White House.

Instead, the flight’s passengers and crew banded together to fight back against the hijackers who had taken over the cockpit and divert the plane, because they had already gotten word from the ground about the devastating attacks on the World Trade Center in New York City.

Forty people — 33 passengers and seven crew members — were killed when Flight 93 slammed into the Pennsylvania field at 563 miles per hour.

On board was Edward Felt, a 41-year-old computer engineer from New Jersey traveling to San Francisco for business on Sept. 11, 2001. He was a husband and father to two girls.

His brother, Gordie Felt, is the president of the Families of Flight 93.

Edward Felt had placed a 911 call from the plane five minutes before it went down, saying, “Hijacking in progress!”

The story of those passengers and their decision to fight back — potentially saving hundreds more lives — is now memorialized in the same place where Flight 93 crashed that day: a field outside Shanksville, Pa., now a memorial overseen by the U.S. National Park Service. 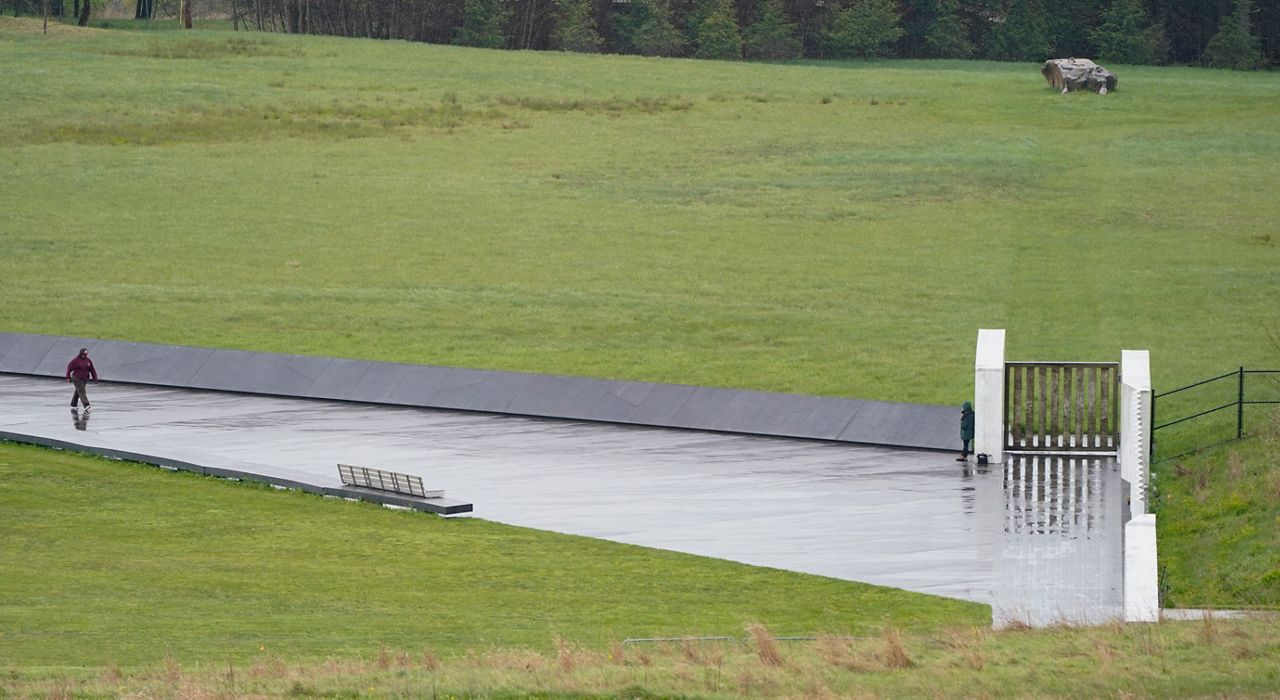 Visitors to the Flight 93 National Memorial walk near the gate to the crash site marked by the boulder as they move towards the Wall of Names of the people who perished in Shanksville, Pa., Saturday, May 8, 2021. (AP Photo/Keith Srakocic)

At the National Memorial on Saturday, at 10:03 AM — 20 years after the moment Flight 93 crashed — the names of all 40 victims will be read, and the Bells of Remembrance will be rung in their memory.

After a wreath is placed at the Wall of Names, the ceremonial gate will be opened to allow family members to walk onto the crash site, an area reserved for loved ones only.

Vice President Kamala Harris and former president George W. Bush will deliver remarks at the ceremony, and the second gentleman, Doug Emhoff, and the interior secretary, Deb Haaland, will also join them from Washington.

The Flight 93 Memorial outside Shanksville spans about 2,200 acres, which includes a visitors center, the Tower of Voices, a 93-foot tower with a wind chime representing each person killed, 40 memorial groves and a Wall of Names to honor of the victims and finally the crash site itself, reserved only for visitation from families and loved ones.

Gordie Felt was deeply involved in the development of the memorial.

“I found that I needed an outlet to channel some of the anger, the frustration into something that would become a positive,” he told Spectrum News. 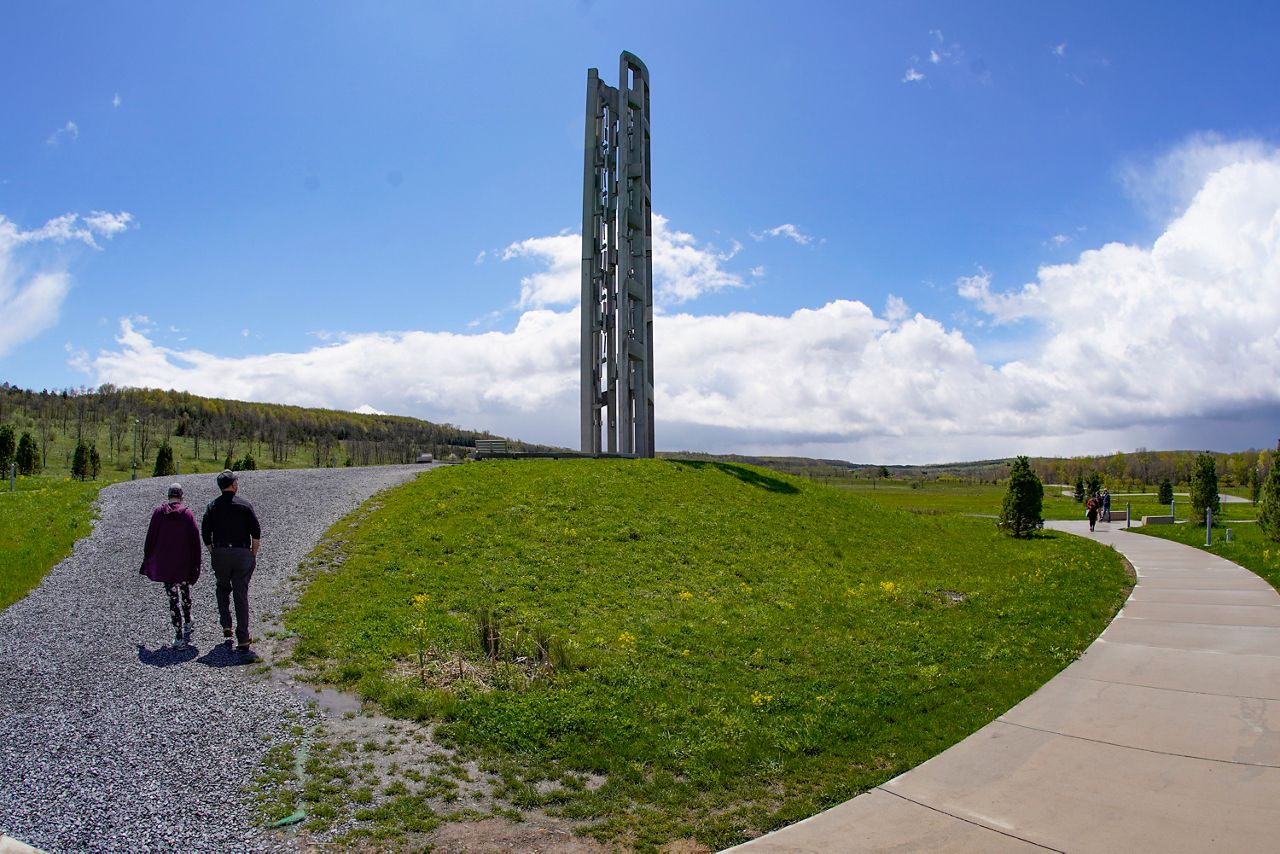 A couple visiting the Flight 93 National Memorial walk the path to the "Tower of Voices," Saturday, May 8, 2021, in Shanksville, Pa. The tower containing 40 wind chimes honors the 40 people that died in the crash of Flight 93 in the terrorist attack of Sept. 11, 2001. (AP Photo/Keith Srakocic)

He said the Tower of Voices was the final step to completing the national memorial. Felt marks the 9/11 anniversary on site each year, and he plans to keep doing so.

“It’s impossible for us to move on. But yet, we have to learn how to move forward,” he said.

“I don’t miss Ed any more this year than I did last year just because it's the 20th anniversary,” he said. “But I also acknowledge the fact that, you know, this is a unique opportunity this year for us to share the message and remember with the world.” 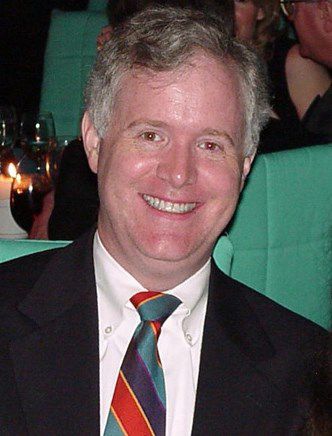 Edward Porter Felt, age 41, was one of 33 passengers who died on 9/11 when United Airlines Flight 93 crashed outside Shanksville, Pa. (Courtesy National Park Service)

View the names, pictures and profiles of all the Flight 93 victims here.