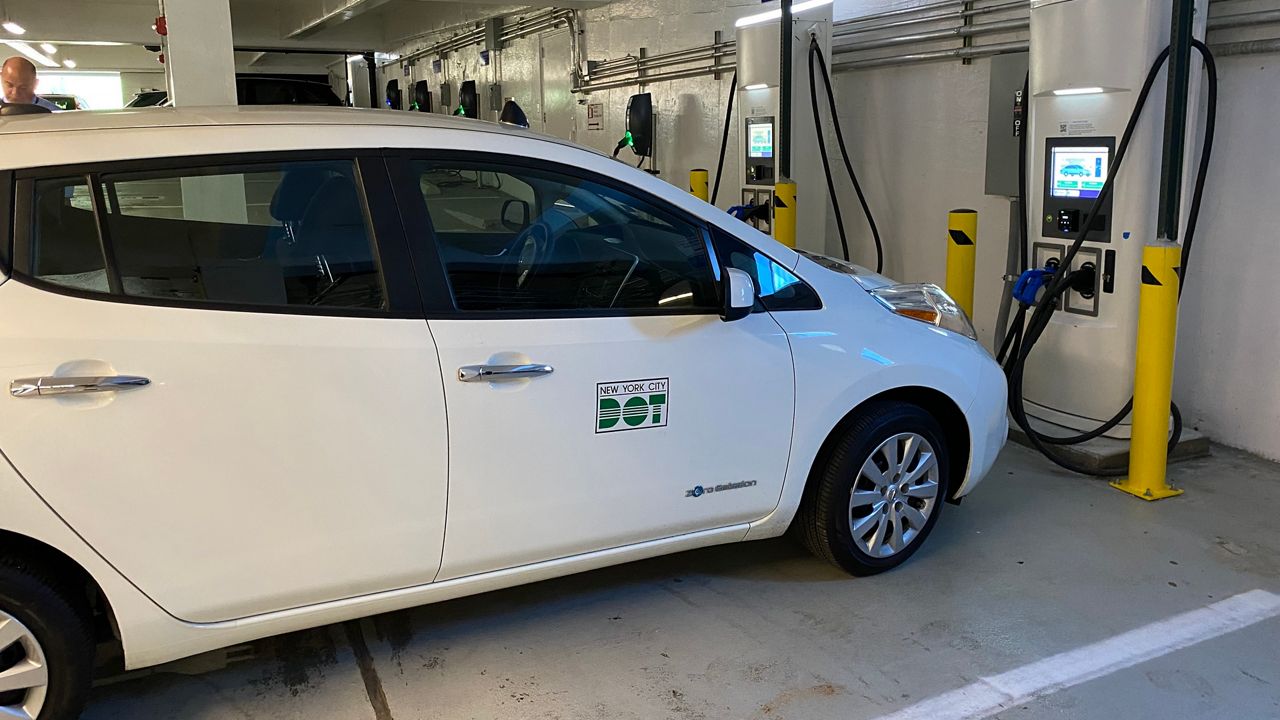 NEW YORK — The New York City Department of Transportation on Wednesday unveiled new fast chargers for electric vehicles. The message: this is the future.

“All you do is, take the charger out, plug it into your car, you select your payment method — either RFID or credit card reader. Credit card, tap your card,” Jonathan Rosen, a senior project manager with EV Connect, said, demonstrating the payment method system.

Rosen demonstrated at one of the 28 ports to be installed at city-owned municipal garages. City officials say they hope to build 6,000 fast-charging ports and 40,000 slower stations by 2030 to support Mayor Bill de Blasio’s goal of having 400,000 gas-powered vehicle owners convert to electric vehicles by then.

“It’s an opportunity to save money and to save the planet,” said Hank Gutman, the city’s transportation commissioner. “Electric vehicles are cheaper to operate, there’s tax incentives for buying it, all of the major manufacturers are moving in that direction.”

Gutman says he has a $10 million budget so far and knows tens of millions more dollars will be needed.

“We are doing what government is supposed to do: we are priming the pump, we are leading the way, we are opening the door,” Gutman emphasized. “We expect private industry to step in and do the job.”

And it’s needed, according to charging station companies. At least three of their surveys don’t even put New York City in the top ten municipalities for access to electric vehicle charging ports.

For electric vehicle owners, the $20 average cost beats a trip to the pump and they would like to see the city improve access to them.

“Definitely a great idea, the fact that there are more and more cars going this way and the fact that we are helping to improve the environment,” said Rebecca Eng, an electric vehicle owner.