From outside, one Staten Island home looks like an ordinary garage.

But everything inside reminds Callie and Victoria Estreicher of FDNY Lieutenant Richard Richard Estreicher, or, as they called him – dad.

Their father died of a 9/11-related cancer almost two years ago.

"He was the kind of guy, who would drop everything to be there for you,” said Victoria.

Now, it’s their turn to be there for others. The sisters started the Live Rich Foundation last August to provide 9/11 first responders with support and early detection health care.

“I think he'd be happy to see what he'd always call 'his two girls' working together,” said Callie.

They remember their dad spending months at the World Trade Center following the attacks.

In late September 2019, he was given a crushing diagnosis of stage 4 pancreatic cancer. The former Marine had a short fight before he died on Veterans Day, just two days shy of what would’ve been his 60th birthday.

“You know we throw around this term never to forget but a lot of the time these guys are forgotten, and it was reliving the memory all over again,” said Victoria.

"I just feel like me and my dad —  he was my best friend. I would call him every single day," said Callie.  "Everyone knew how great of a dad he was, he literally did everything for me, and it's sad too because I feel like we're really similar, so a lot of times the way I'm feeling and thinking would be easier to talk to him." 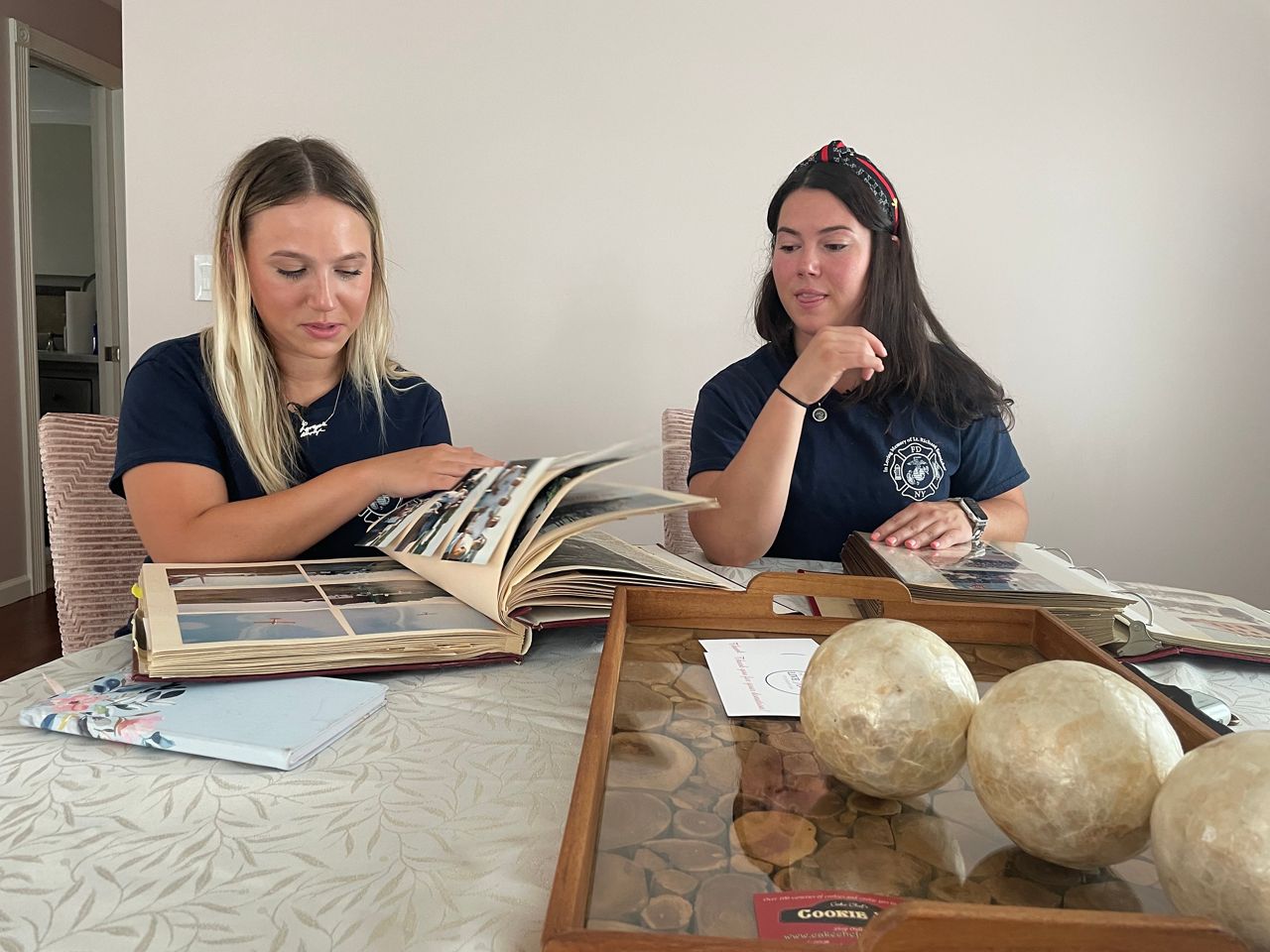 So far, they say their foundation has raised more than $20,000 dollars and has provided testing for 15 people. They describe their father as a true "girl dad" who never missed a cheerleading game or dance class. As they got older, he never missed a beat either.

"I asked him once, 'oh, me and my friends are going down the shore. Can you drive us?' And he had plans and I said, 'oh, no big deal,' and an hour later he said, 'oh, I canceled them to drive you.' Like who takes their 25-year-old kid down the shore to get drunk?! It's just really funny,” said Callie.

“We just want a hug from our dad. There's nothing like a hug from your dad,” said Victoria.

While nothing will bring Lieutenant Estreicher back, the girls find comfort in helping other 9/11 families.

It’s a way to honor their hero, by giving back to other heroes who need it most.