Woodside community mourns family of 3 as cleanup continues after Ida

NEW YORK — People in Woodside on Friday stopped to pray at a memorial for 19-month-old Lopsang Lama Sherpa and his parents, Ang Gelu Lama and his wife Mingma. They were killed in Wednesday’s historic storm. 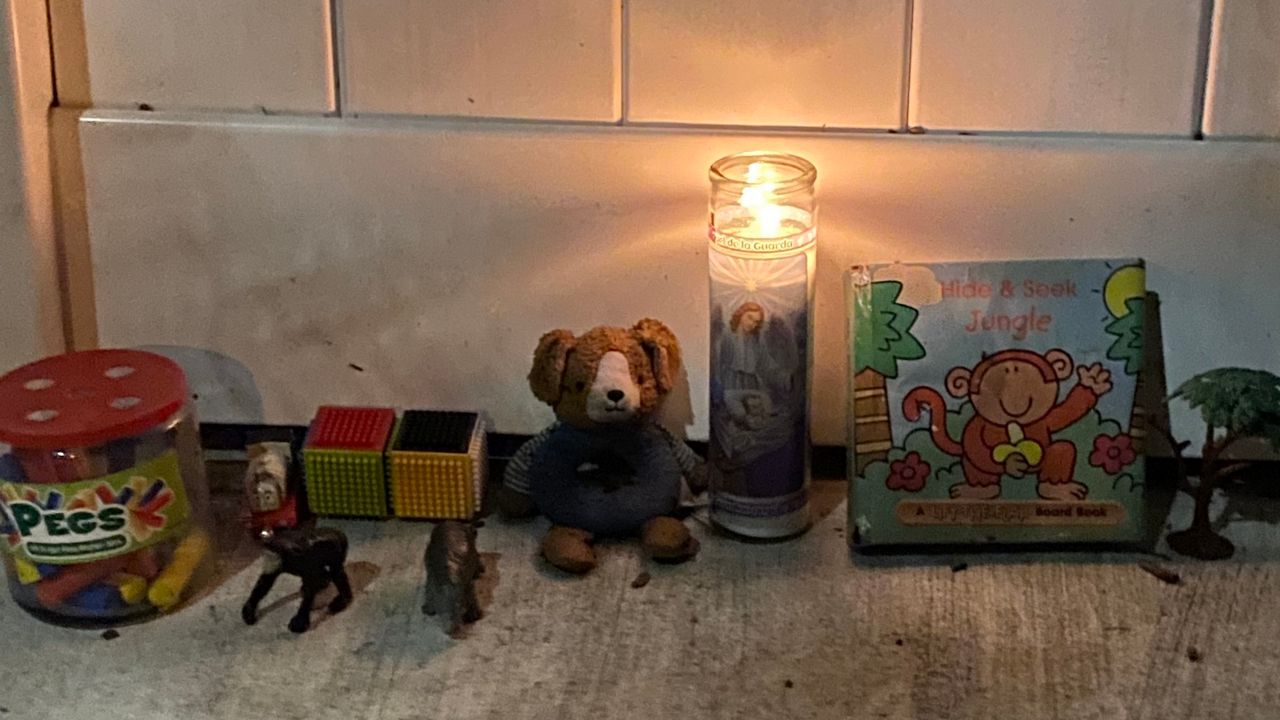 A memorial in Woodside for victims — including a 19-month-old — of Wednesday’s storm. NY1/Victoria Manna.

“We always met them in the park, the wife and the baby,” said friend Dawson Sherpa. “Real devastating, something that we could not imagine.”

The family lived in the basement apartment of a residential building in Woodside. They were three of 13 people in New York City who died as a result of floodwaters when remnants of Hurricane Ida barreled through the five boroughs.

“He’s like a best friend, best brother, very, very nice guy. Amazing woman, helpful. Like, let’s see if you want to do something for our community,” said Angphurba Lama, a friend of one of the victims. “Very happy to do it, like, no problem, let’s go. A person like that.”

In all, 11 out of the 13 people who died were living in basements. The city Department of Buildings said five of those six basement apartments were illegal.

From what NY1 could see at the scene, it appeared there is an enclosed side gate to the apartment.

On Friday, the Red Cross was in Woodside, helping those affected by the storm and clearing out water that still remained in some homes.

“As we’re talking to residents, we’re talking to them about the damage and their needs. We can also provide them with a cleanup kit,” said Michael de Vulpillieres, a communications officer for the American Red Cross of the Greater New York Region.

The Red Cross has already housed 17 affected families from Queens and said it will continue to help others who have lost so much.

It said this storm has been a traumatic experience for many people, and encourage anyone to call 311 so they can be connected to the organization’s mental health volunteers.

“We were very shocked when we heard that news,” Lama said. “I couldn’t believe he was the one.”

Members of the Nepalese community on Friday also paid their respects to the family, who was from Nepal.

The Red Cross continues to reach out to families who have not yet requested services, including medical assistance.