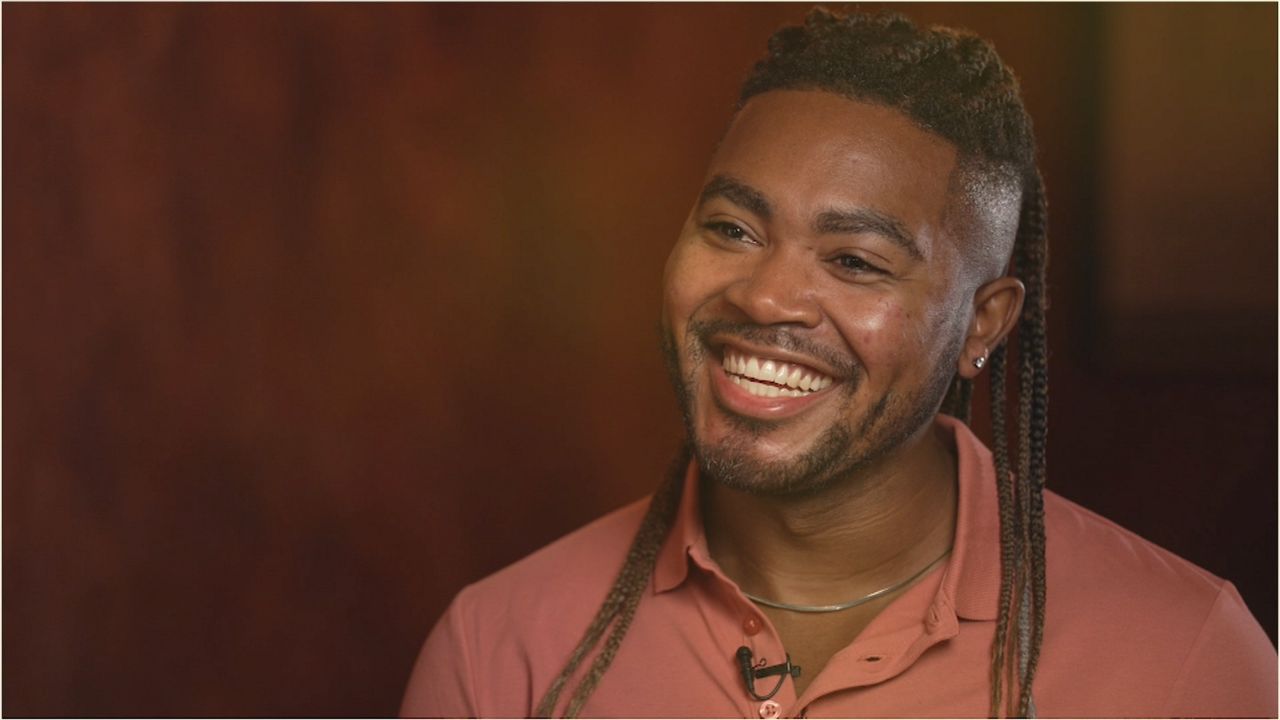 The show's production stage manager, Cody Renard Richard, is a star in the theater world, and someone helping to advance diversity behind the scenes on Broadway.

"Pass Over” is the first play to welcome audiences back into a Broadway theater since COVID-19 shut down the industry in March of 2020. Despite not working in the literal spotlight, Cody Renard Richard, a production stage manager, has become a known face in the theater community.

"Being back on Broadway is something that I've been dreaming about for a very long time," sayid Richard. "And it feels good."

We caught up with Richard at his workplace, the August Wilson Theatre, days before his show began performances, where we asked him if he ever dreamed of this moment while growing up in Houston, Texas.

"Absolutely not," said Richard. "You know, I had no idea that any of this was possible, let alone the life that I'm currently living was possible. I fell into the theater. I was a troubled kid. I was in detention a lot, so they made me do theater to get rid of some of the energy that I had."

"[My first Broadway show] was 'Avenue Q,'" he explained. "And I know this is going to sound crazy, but I was sitting in the audience, I was looking through the Playbill and I was reading all of the bio's, and this was the first time I read a Playbill for a Broadway show, and that's when I read the bios for the stage managers and I was like, I looked at my friends, like, 'My name is going to be in this one day.'"

"We wondered what Richard's first day back in the theater with the whole company was like and he responded, "It was emotional. It was powerful. I'm very grateful that we're here at the August Wilson, because I think that this is where this place should be. It feels right, you know? So yeah, it was emotional. It was a very powerful day. For me, it was just about shining a light on my experiences and kind of just encouraging people to think about whatever this community is. So now to be out of that and to kind of see this landscape shift a little bit, that's crazy. [This is] the rebirth. This is what we need to be seeing. This is what we need to be producing. This is the moment, you know? We've all been anticipating the moment that theater comes back. I would not have dreamed that it would have been this show. I would not have dreamed that I would be on the first show coming back. I feel very blessed to be on this."