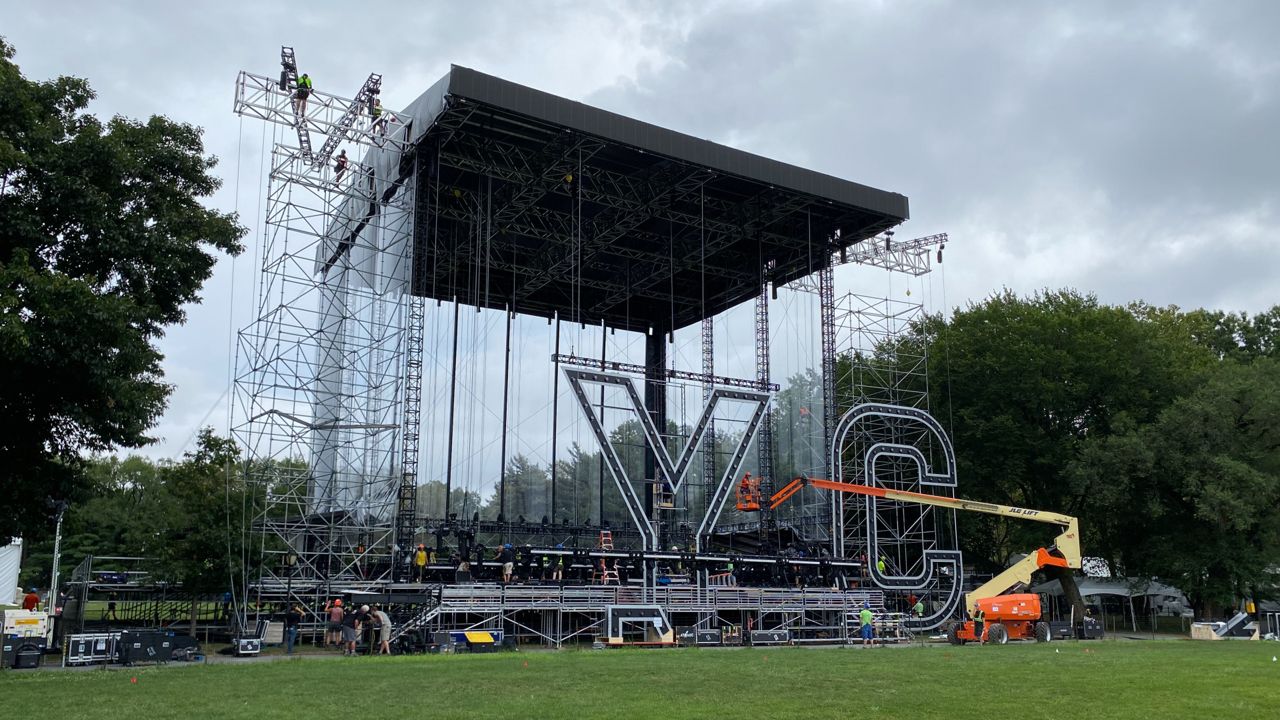 60,000 people are expected on the Great Lawn in Central Park for the show, all must show proof of vaccination to get in. Photo by Roger Clark.

It's been a week of music and celebration across the city with NYC Homecoming Week in full swing, but it will culminate Saturday in one of the world's most iconic public spaces.

Central Park Conservancy President and CEO Betsy Smith says it's a complicated process transforming the Great Lawn and its ballfields into a venue for a ticketed concert event for 60,000 people. It takes a couple of weeks to make it all happen.

"By the time you bring in the stage and load it in, set it up and protect the property, set up the barricades and it comes down more quickly than it goes up,” said Smith.

Smith says there are always various safety protocols in place to keep people safe. At a time when cases are on the rise because of the delta variant of the virus, all attendees must be vaccinated against COVID-19.

“They have to show proof of vaccination when they show their ticket,” said Smith, who added that they are helped by the fact that it’s an outdoor concert as opposed to an indoor event.

In addition to the safety of visitors, the Conservancy is also looking out for the Great Lawn itself and surrounding areas. Turf Care Manager Zack Holm says heavy light and sound equipment are placed on the infields of ballfields, plywood laid over grass for tractors to ride on from the pathways.

"The tractors that we are driving are OK to drive on the grass, it's just we are going repeatedly in the same spot so it helps spread that wear out a little bit more,” explained Holm.

Probably no one is more excited about the big show than legendary music industry executive Clive Davis, a native New Yorker who grew up in Crown Heights and is producing the show along with Live Nation.

He said it all started with a call from the mayor. Davis said he replied yes immediately, and went about asking many of the artists he has worked with over the years.

“I wanted and chose the real deal, those artists that can really stir your soul, and that’s the objective, I’m not going to hype it, it speaks for itself,” said Davis, who added he hopes people attending the show get a transporting music experience. “There's nothing like music to inspire, to affect, to really just penetrate the soul,” said Davis.

Find out more about the concert at here.