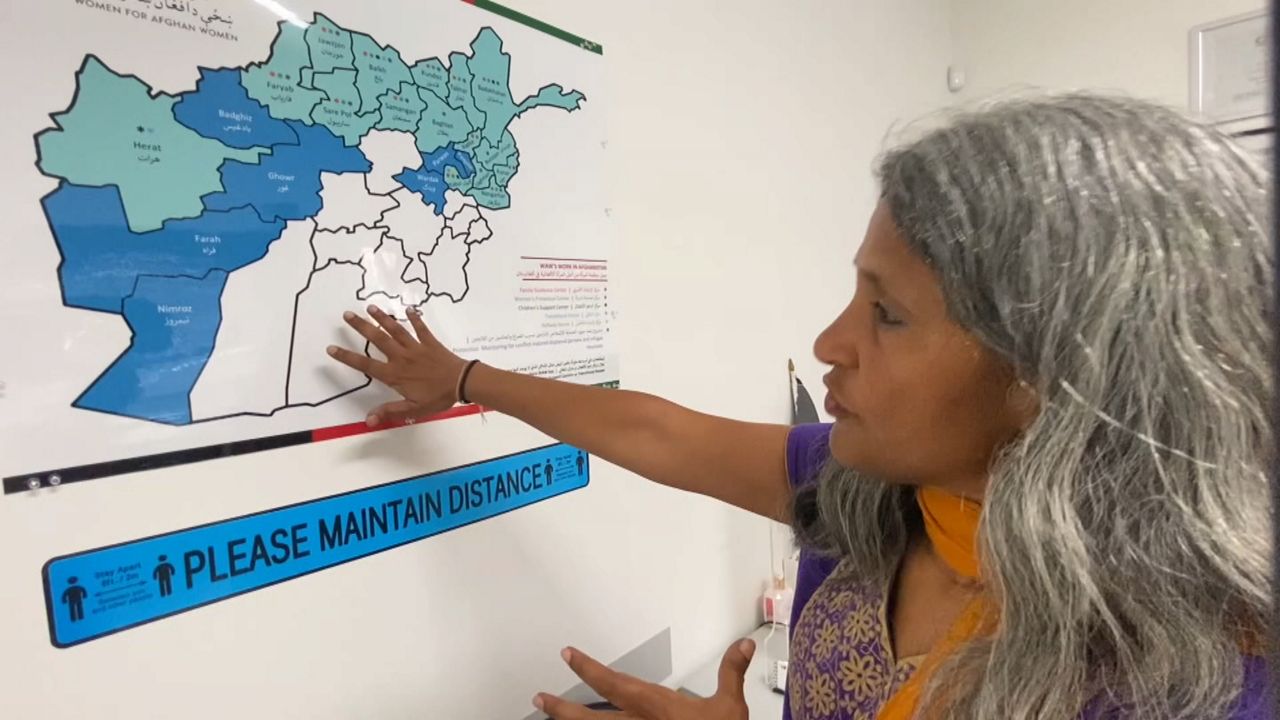 Queens organization looks to help get Afghanistan women to safety

For the last twenty years, the Queens-based organization Women for Afghan Women, has worked to promote the rights and education of Afghan women both in Afghanistan and in New York.

But for the last few weeks their focus has shifted to getting their 1,200 staff members on the ground in Afghanistan to safety.

"Either out of the country or if they have to stay in the country, just where they can breath and not feel like someone is going to come knock on the door and shoot them, that is the kind of crisis we are in right now,” said Sunita Viswanath, the co-founder of the group.

The majority of their staff had relocated to Kabul, now under Taliban control.

An emergency fundraiser has been launched to help evacuate their centers as they work with the U.S. government and allies in other countries to get their members to safety.

"The options are limited. So we need the resources so when there is an opportunity to charter a plane we have the money to do it,” said Viswanath. “Money should not be the reason we do not get people to some place safer.”

Women for Afghan Women is the largest organization of its kind in Afghanistan.

Staff say the ongoing crisis in the country is heartbreaking after all the work they have done the last two decades.

"Building hope, building concrete bricks and mortar programs for women thriving in a country like Afghanistan, really building out of rubble dreams and miracles, it feels like a moment where all of that is going to be gutted,” said Viswanath.

While they don't know what the future holds, Viswanath said they will do their best to continue their work throughout Afghanistan.

"No matter what the state of the world is, our job is to adjust to it and be there for the community,” Viswanath said.

To make a donation visit here.